I regularly have podcasts and produce videos which look at news stories from around the world, where I analyse them and look at the wider picture.

On today’s podcast I speak about two news articles which caught my eye:

Surging demand for electric vehicles and solar energy is proving to be a double boon for low-profile Malaysian entrepreneur Tan Eng Kee, cofounder and CEO of Penang-based Greatech Technology. The company, which makes industrial automation equipment for a variety of different manufacturers, saw its shares jump 330% in the past year, propelling Tan into the billionaires club with a net worth of just over $1 billion.

“Renewable energy and electric vehicles are hot now,” says Tan, 50, who established the business in 1997 with his school buddy Khor Lean Heng, who now serves as Greatech’s COO. “They have boosted our profitability.”

Greatech makes automated equipment for production lines for a host of manufacturers–from medical device makers to renewable energy producers to semiconductor companies. The company, which gets more than 50% of its business from international markets, primarily the U.S, has a list of marquee clients including Lordstown Motors, a manufacturer of electric pick-up trucks in Ohio, and Arizona-headquartered First Solar, which makes solar energy systems

As it migrated from making single automation equipment to producing entire production lines and as it won more orders from clients like Panasonic and First Solar, the company’s annual revenue and net profit rose ten-fold between 2015 and 2019, the year when Tan decided to list Greatech on the Kuala Lumpur stock exchange.

In October, Kuala Lumpur’s Public Investment Bank projected that Greatech’s revenue was poised to grow at a compounded rate of 47.5% over the next three years “Greatech is well positioned to capture the growth in the solar photo voltaic segment through its indirect exposure via First Solar, by supplying more production lines to First Solar,” wrote Chua Siu Li, an analyst at the bank, who authored the October research report.

Meanwhile, Tan, who is often referred to as EK, is taking his newly acquired billionaire status in stride. “I never had dreams of becoming a billionaire,” he says. “I did not expect this at all. I have a simple life–I come to the office; do my job and I go home. Nothing changes because of this.”

Tan grew up in Penang in what he describes as a “poor family,” the only son among four children. His father, who was a cab driver, died when Tan was just 13, forcing him to take on more responsibilities at a young age. At 16, he was working part-time after school at a bakery.

Tan went on to earn a certificate in mechanical engineering in 1991, and began working as a production planner for a precision tooling company. Two years later, he borrowed 10,000 ringgit from his mother, and set up Greatech (M) Sdn Bhd to make components for engineering equipment. He enlisted a friend to help him with marketing, and in 1995, convinced his school pal Khor Lean Heng to join him, too. But in 2001, Tan wound up the company.

Meanwhile, in 1997, he started a new outfit with Khor–Greatech Integration–to produce semi-automated and automated equipment for the consumer electronics sector. Greatech expanded into the semiconductor industry in 2002, and to the solar sector in 2010.

Tan says that while there was some downtime during Malaysia’s pandemic-induced lockdown, the company’s eight factories are now all up and running again. “Our business is getting stronger,” says Tan, who’s gearing up for further growth.

Tan is upbeat: “We will benefit from the importance being placed on ESG (environmental, social and governance) as companies move toward achieving zero-carbon status,” he says.

The Nikkei surged to extend its winning streak to a fifth session Thursday, rewriting a 31-year high above 28,500.

The market got off to a weaker start after the U.S. Dow Jones Industrial Average turned lower Tuesday. But it soon regained strength as Dow futures rebounded in off-hours trading and investors moved to buy the dip.

Buying sentiment grew further to push up the Nikkei average close to 29,000 in midafternoon trading.

The market, however, lost steam toward the closing, as profit-taking pressure built up amid the spread of caution over high prices.

“With U.S. economic indicators, such as nonfarm payrolls, showing signs of a slowdown in recovery from the coronavirus crisis, investors are increasingly pinning hopes on Biden’s stimulus measures,” said Hirohumi Yamamoto, strategist at Toyo Securities Co.

But at the same time, participants realized that stocks were rising too fast, an official at a bank-affiliated brokerage house noted.

“Sentiment has been overly optimistic,” another brokerage official said.

Despite the Nikkei’s powerful advance, decliners outnumbered gainers 1,090 to 1,000 on the TSE first section, while 98 issues were unchanged. Volume rose to 1.413 billion shares from Wednesday’s 1.239 billion shares.

Industrial robot-maker Yaskawa Electric went up 5.30% on continued buying since revising up its earnings forecasts for the year ending next month. Its peer Fanuc rose 2.21%.

SoftBank Group gained 2.93% on media reports that a U.S. investment ban will not be applied to Chinese e-commerce giant Alibaba Group Holding, in which the Japanese technology investor holds a large stake.

On the other hand, stocks in the semiconductor sector, such as chipmaking gear-maker Tokyo Electron and test device manufacturer Advantest, fell back.

In index futures trading on the Osaka Exchange, the key March contract on the Nikkei average jumped 350 points to 28,810.

I often write answers on Quora, where I am the most viewed writer for investing, wealth and personal finance, with over 220 million views in the last few years.

Below is a preview of one of the answers 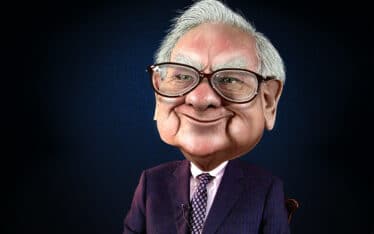 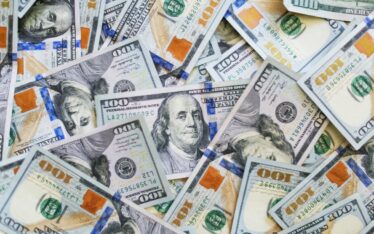 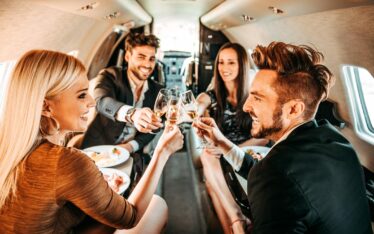