Why are people so obsessed with the market crashing? 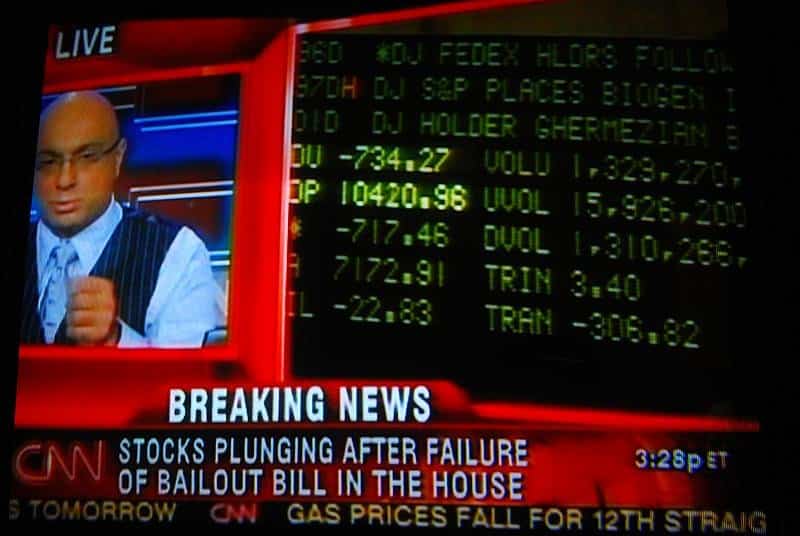 Why are people so obsessed with the market crashing?

It is a very curious thing.

What is especially curious is most people are obsessed with the stock market crashing in a negative way – in other words they are fearful about it and not happy when it happens.

Yet in most other areas of life, we celebrate falls. We are happy when cars, consumer goods and even houses go down as we know the price will eventually recover.

Let’s look at this logically.

From looking at history we know a few things:

Given that we know that the entire stock market will almost for sure recover long-term, then people should celebrate market falls, assuming they aren’t too old.

A good investor is like a collector. They are collecting units. When was the best times in recent years to buy property?

After the biggest crashes ever. How about stocks? The same.

So, why don’t more people celebrate?

The best thing to do is be agnostic about market crashes and falls, or celebrate them.

What mistakes do new business owners make the most frequently?

A few days ago, one of my team reached out to a tax-advisor who specializes in helping expats, due to a client request.

The person was referred to me and suggested, so I passed on the contact. Despite the fact that he sent him a WhatsApp message and email, there has been no response.

One or two years ago, I was looking at creating a client event. Again, somebody was suggested to me, and there was no response.

At first I thought the email went to junk, so I followed up in ways that were harder to ignore via LinkedIn or WhatsApp.

Again no response. It is unbelievable how many firms turn away business that is knocking on the door.

More often than not, they get busy with existing work and forget, but if you are growing a business, this is a rooky mistake.

Anybody I have even known who has done incredibly well in business, or even just inside the top 5% in an industry, cares a lot about money in, and money out.

Sounds so simple, but it is true. Emails, many pointless meetings and much else can wait. Saving money, and gaining it, shouldn’t.

These two quotes says it all:

If you do the basics right, every single day, you can beat most people in business, even if you aren’t incredibly smart or have anything else special about you and the business.

This is especially the case with established businesses. It is human nature to take your foot off the peddle once you are comfortable or successful.

The very best tend to keep working harder and/or smarter (via outsourcing or delegating and so on), rather than getting complacent.

Even new businesses, however, make the mistake of thinking that grand ideas and plans beat simply getting the basics right.

Beyond that, the biggest mistakes I have seen are:

Ultimately, 80%+ of new businesses fail, and there are some commonalities which can account for those failures.

The failure rate goes down for people who have five or ten years experience in the industry, and for those that keep fixed costs low.