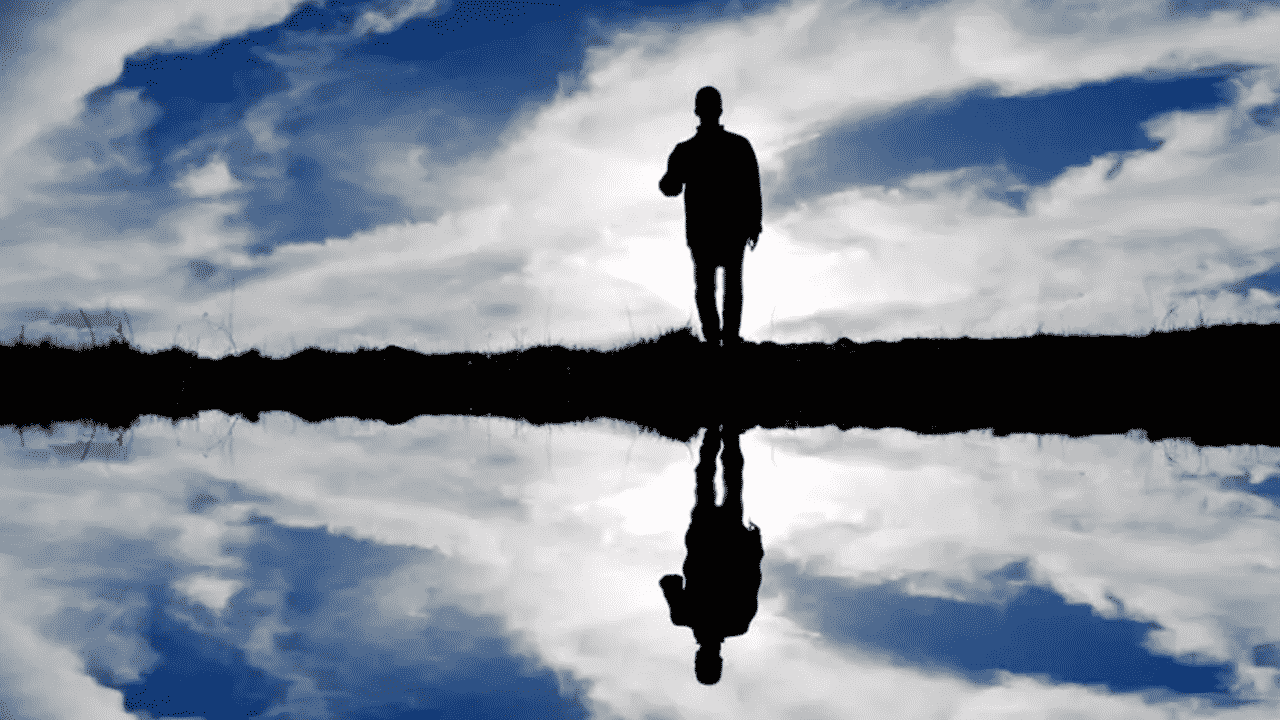 A year has come and (almost) gone. What have I learned, and re-learned, this year, in terms of investing, running a business and life?

Below are 25 things that I have learned in 2020. In some cases, I have just became more sure about these things during the year.

In other cases, I have changed my mind on things, or at least adjusted my positions.

3. Most people don’t learn –following on from the second point, it isn’t always easy for people to admit they are wrong.

The same people who believed that stock markets would crash in 2016 if Trump got elected didn’t want to invest in 2020……….because they were worried about a stock market crash due to the election!

I am sure the same people will do the same thing in 2024 – third time lucky?

4. The media causes a lot of problems –one of the reasons people didn’t want to invest before the election was the media. For months, they had been saying that stocks would rise if a vaccine was found, and that as markets don’t like uncertainty, they would fall on a disputed US Election.

Fast-forward to November and global stock markets soared despite a second European lockdown and a disputed US Election.

That doesn’t mean the media are always wrong – they got the second part right that the vaccine would help markets. Merely, for every right prediction they make, they get at least another one wrong.

The quote below sums up the media industry:

5. Technology is here to stay – This one is obvious. But there is another trend that the media often don’t report. Namely, many people now don’t want any big human interaction.

So, even though Zoom and Teams has skyrocketed and most people prefer using such tools compared to face-to-face communication, many people just want to do all business by email or WhatsApp messages.

When you last went through airport security, what did you prefer, the e-gates or the human manned versions? For most people, the answer is obvious.

6. People will accept extraordinary things during a crisis –during the worst of covid, a lynch mob could have attacked you for breaking, or being interrupted to break, regulations.

7. Scaling a business gets harder over time. We grew by over 350% last year. This year we have grown by about 50%.

Clearly an exceptional figure during a recession. This shows that our model is working well as it has been for years, but it does get harder to scale as quickly once a business is more mature.

10.Advice and guidance is worth it –I use advisors in areas which are outside my expertise. My clients this year have got far higher returns than the average do-it-yourself (DIY) investor.

One reason for this is knowledge, but another reason is that I managed to help clients with emotional control.

Whereas an estimated 35% of DIY investors panic sold during the 2020 stock market crash, none of my clients did the same.

The below graph sums it up:

11.You can’t change people’s characters. Some people will always get the job done. They will still work productively at home, in a hotel quarantine or even if they have mild Covid for that matter. Others will use any situation to procrastinate.

12.Nobody can predict the stock markets. US and some emerging markets are up 20% for the year, with the tech focused Nasdaq up more than 30%. If I had predicted that during the worst of the crisis you would have thought I am mad

13.People forget easily – Despite not predicting that the stock markets would go up 20% this year, I have said on countless times during the years that nobody can predict the markets, and markets can crash and soar unexpectedly.

Most people forget these things though, which is one reason why people continue to watch media establishments which have got so many things wrong down the years.

It is the same reason why today’s scandal tends to be used for tomorrow’s fish and chip newspaper.

14.I love freedom –I like to be able to travel, go to cafés, restaurants and other establishments without being prevented from doing so. This sounds obvious as most people like it too, but lockdown has made me very aware of this.

15.Positivity pays. 2020 has put this reality into sharp focus. Positive and optimistic people are more likely to take the calculated risks needed to get ahead. Positive people stayed invested during the crash. Positive people don’t let others drag them down.

Likewise, people that criticise other businesses are seldom good employees.

It is one of my “no no’s” when interviewing people.

16.Be aggressive when others are scared. We were ahead of the game by being fully online for years, long before it was fashionable and Covid struck.

However, we increased our marketing budget by the most dramatic amount ever during the March, April and May periods – just when most businesses, even the cash rich ones, were playing it safe.

It paid off too. April and May were our two best months of the year, although there is a chance that this month (December) could beat them both.

17.Be aggressive and diversify when others don’t see the need. Future favours the brave as per the last point. Most people are only brave when they need to be, when they are struggling.

Necessity is the mother of invention as the saying goes. Yet making zero changes when things are going well stores up hidden risks.

I have run out of the number of previous successful business owners that have reached out to me this year. Typically, in areas like hospitality and tourism.

Usually, they have been wiped out by the lockdowns, or are close to breaking point. Most didn’t ever consider planning to diversify their investment holdings and taking a risk when their business was going well. Yet diversifying your investment positions reduces risks if an unexpected event like Covid happens.

It just feels less comfortable at the time because it feels more comforting to invest in what you know.

I have also lost count of the number of business owners that have put 100% of their eggs in one country’s basket, only to be affected by political events.

I was speaking to a gentleman who had a property business in Egypt that was flouring in 2010. 2011 and the uprisings killed his business.

He just didn’t see the utility in ‘taking a risk” and diversifying when everything was going well.

Diversification of risk and being aggressive when you don’t need to be reduces your risks long-term, because doing nothing is more risky long-term. Continually evolving is key.

18.The importance of health.  Health, family and close friend relationships and time are the most important things. Managing these things correctly indirectly helps your wealth and business life as well.

19.Winnings are resilient and winning is a habit.  Habits are difficult to break.  Once you get into a winning habit, you become more confident and gain momentum.

Likewise, losing can become a habit, and losing can lead to a downward spiral.  People who win tend to keep winning.

When I look at the companies and individuals I manage and deal with, the people who did well in 2019 were more likely to have adapted themselves during 2020.

20.The power of information.   Information isn’t useful in isolation. Execution is key.

Most people will never execute no matter how much information you give them. Others are at the opposite end of the extreme and take advantage of information and use it in a sly way.

It is still important to be open when needed though.

21.You can employ, or work closely with, friends – I used to think that employing friends, or being employed by them, wasn’t a good thing. I still believe that it isn’t usually good.  However, in very specific situations, it can work well.

22.Only try to control what you can. Trying to predict the future, or trying to control things you can’t control, is pointless. We can only control certain things like our thoughts, actions and behaviours.

Banks are blaming Brexit for closing down client accounts, when in reality many digital banks which are regulated in the same way, haven’t taken such a decision.

Likewise, regulation is blamed for everything as well, when in reality people’s processes, habits and beliefs often are more important.

Often when I have pushed a business that has blamed regulations and told them that I will be wiling to employ a lawyer if they show me which regulation they are referring to, have admitted that it is their processes and super-conservative interpretation of those regulations which is what is driving the decision.

24.The path of least resistance is incredibly important in business – I have known this for years, but in 2018, I believed in it more than in 2017.

No matter how good a product is, the consumer does not want to fill out loads of forms. When I am buying something online, I am more likely to pick the easier product to buy than the one which is the best but a hassle to buy.

My customers are the same which is why I always help make the processes easier. Despite this obvious fact, many businesses still kid themselves that consumers are reassured by a lot of paperwork.

The ideal situation is to have great products and services and ease of use.  Having a great product which is difficult to buy isn’t what the consumer wants.

25.Get off the fence and don’t get into the bubble – If you have the guts to give your opinions and be 100% authentic, some people will hate you. Some will love you. Some won’t care. Yet you will get far more traction than by trying to be all things to all people.

You will also gain more traction if you break norms than just be like everybody else.

It is easier to do this if you spend time with people out of your industry. It will be more useful than being in a bubble. I have noticed that people that move jobs, cities and countries more frequently tend to be more innovative for the same reason.

I see the following trends happening

In many ways, 2021 could be just like 2020. Expect the unexpected and existing trends (digitalisation, remote working, authentic over corporate) will just become bigger.

In many ways Covid just forced the world to press the fast forward buttons on existing trends.

It is now likely to these trends will come more quickly due to the lockdown and virus.

Of course, as this year has shown, predictions are impossible to make. All a sensible individual can do is be flat-footed.

Happy Christmas and New Year to all my followers, clients and associates. 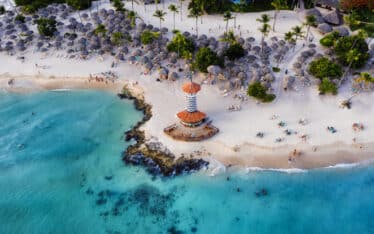 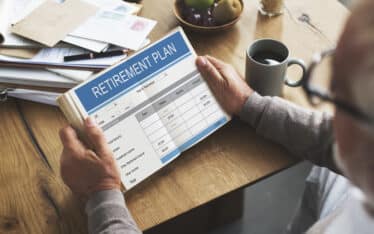 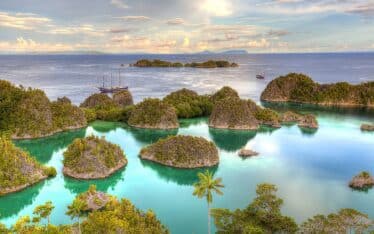