For expats, and non-expats alike, there are numerous benefits related to banking offshore. Despite this, there are also a number of myths associated with offshore banking. This article will cover some of the main benefits, cover those misconceptions and answer some frequently asked questions (FAQs).

This article is long. So if you don’t have time to read it in full, then please email me at adamfayed@hotmail.co.uk or contact me on any number of apps.

What is offshore banking?

If you are from France and live in the UK, and yet you still have a bank account in France, you are banking offshore.

If you live in Dubai or Singapore, but are banking in the UK, you are also banking offshore.

Is it related to tax avoidance?

In the vast majority of cases, the answer is no. These days, no matter where you bank, you have to submit your tax identification number (TIN). TIN details are shared between countries around the world, due to various laws such as Common Reporting Standard (CRS).

In the 1990s, 1980s and beforehand, secrecy was a part of the offshore world, and stereotypes haven’t updated.

What are the main advantages of banking offshore ?

There are at least 6 benefits of investing offshore, especially if you are an expat or from a developing country with poor banking security and general bad governance ;

Unless you are sent to Singapore, Hong Kong or a few other typical expat locations, the chances are that the country you have been sent to has unstable currencies and sometimes terrible banking systems.

Even if you have been sent to a safe country, it makes sense to bank offshore if you are going to be moving from country to country every 2-5 years.

It also reduces geopolitical risk. In 2013, expats were hit by the banking crisis in Cyprus, which meant that depositors lost money directly.

Indirectly and directly, people have also been hit by geopoltical evnts recently in Qatar, Egypt, Tunisia and several other countries.

As of 2019, we are in unstable times for emerging markets and frontier market currencies, which could lead to significant currenncy losses.

Some expats send money home to their country of origin, but this can have significant tax implications.

In the UK, banks are obligated to inform the taxman (HMRC), of ‘large lump sums being deposited. Large often only means only 5,000GBP.

That doesn’t mean you will get into trouble with the law, but it does mean that you could be involved in headaches – especially if you didn’t fill out the needed paperwork before becoming an expat to inform the taxman that you are moving overseas.

In addition to that, even if we ignore this risk, most countries do not allow expats to put money into tax-efficient structures. For instance, ISAs are not available to UK expats.

Living overseas gives you options to invest in a wide range of options, cheaply and conveniently.

The last thing you want is to have to open and close a bank account every time you have a new expat job.

We have all be frustrated by the long waits at banks, and even online banks can take weeks/months to approve new accounts.

Having one bank account, which will follow you for 20-30 years, outside your home country, makes a lot of sense.

With multi-currency accounts, you can transfer for free. Or alternatively, you can have your account in one currency – USD being partcularly popular amongst expats.

The last thing you want is for a bonus or lump sum to get eroded, sitting in the bank, earning low rates of interest, with high-risk, in emerging markets.

This isn’t guaranteed and provided by all banks, however.

It sounds so basic, but in some countries, getting a local Visa or MasterCard, isn’t easy. When I lived in Shanghai previously, getting such a local card was tough.

The only expats I knew who had local Visa or MasterCards had lived in China for 20-30 years, or had a joint account with a local wife or husband, who helped with jumping over all the hassles (from a paperwork standpoint) of getting the accounts.

Many expats either had to use their home-country card, and regularly incur banking fees and potential tax issues sending money home, or use a UnionPay cash card which can’t be used online.

Having a Visa or MasterCard that can be used online, at ATMs and is linked to your company account or salary, is ideal.

This situation is most convenient when HR will pay 50% of your salary into your local bank account, and 50% into an international bank account offshore.

Do some offshore banks close your accounts?

Occasionally, offshore banks have been known to close down client bank accounts if they move to countries with significant political risks, such as North Korea, Iran or even Myanmar/Burma – in fact the only case I have come across of a client having their account closed was relating to when he moved to Myanmar from Thailand.

Ultimately, however, your home countries bank can do the same thing. In fact, they are often even more likely to do it, than an offshore bank, as they are less used to such cases.

The easiest way of dealing with this situation is to ask the bank if they would close down your account if you are at offer-stage for such a high-risk country, or neglect to mention it if the assignment is short-term.

Should some expats not bank offshore?

As a generalization, Americans are one expat group that should think twice before banking offshore, due to tax and reporting rules, unless the bank has a very specific American service.

Do you offer offshore banking?

I don’t offer offshore banking as a standalone service, but I do offer existing clients the service.

The Isle of Man, Jersey, Gurney, The Cayman Islands, Puerto Rico and a number of other UK and US overseas territories.

Some up-and-coming locations exist in the Caribbean and Malaysia.

The UK government guarantees 90% of deposits in Isle of Man. Bermuda and some other locations have a segregated account system, which negates the need for a guarantee in any case.

It varies bank to bank, but many offshore banks do have minimum deposits of $2,000-$6,000 to get the account up and running.

Failing to keep that minimum balance often means you are charged more for the account, rather than the account will be closed.

How about offshore banking for small businesses?

This can be a bit more difficult than for individuals, depending on where you are located and what activities your business engages in, but you can often set up an offshore company with banking facilities from $1,000.

Often the offshore company bank account requires a minimum deposit of $1,000 and the documentation process is more arduous than for individuals.

What documents are usually required?

For individual accounts, proof of address and identity and a filled out application form, are required.

How long does it usually take to open up accounts?

It depends on the bank, but it can take 1-2 months, or even longer sometimes. This is one of the few negatives about banking offshore – it can be a hassle on day 1.

Where is demand for banking highest?

UK expats, and others living overseas, are big users of offshore banks. South African residents and expats also heavily use such facilities, but there is demand all around the world.

In emerging markets, where incomes are rising, there has been a sharp increase in demand in the last 10 years.

Are there clear benefits of international banking saving in multiple currencies?

Multi-currency amounts do have many advantages, especially if you are an expat, looking to pay bills in many currencies.

It makes sense, however, to use banks for cash and use brokerage accounts for investments.

Something like the sophistication of the IT system. I use Standard Bank. As per the image below, it is a very average online system, but it does the job for my requirements;

What are some of the biggest mistakes I have seen?

Lack of planning and taking no action, often leads to delays and problems. Banking and investments are usually linked to some degree.

Many expats are uncomfortable getting close to 0% in the bank, in an emerging market, and want to invest the money.

The perceived hassle at setting up an efficient banking service, however, means many leave large amounts of money in the bank, earning little and missing out on investment gains.

This is especially the case for time-poor expats, such as businesspeople, consultants and those in oil & gas.

What are the alternatives to bank deposits?

Fixed returns and long-term orientated investments are two excellent options, which are typically safer than investing in banks, from a medium-term basis at least.

Foe those looking for investment advice, my full contact details are below: 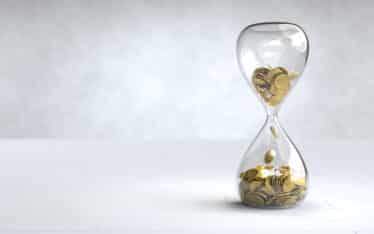 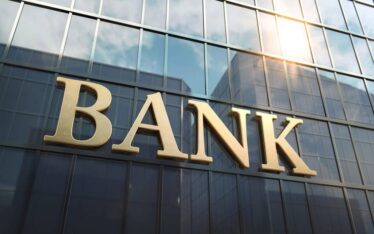 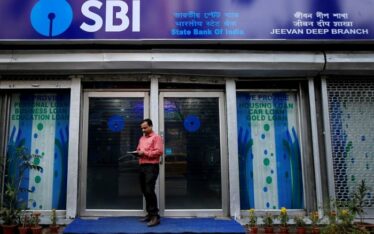