Elon Musk now the third wealthiest person in the world 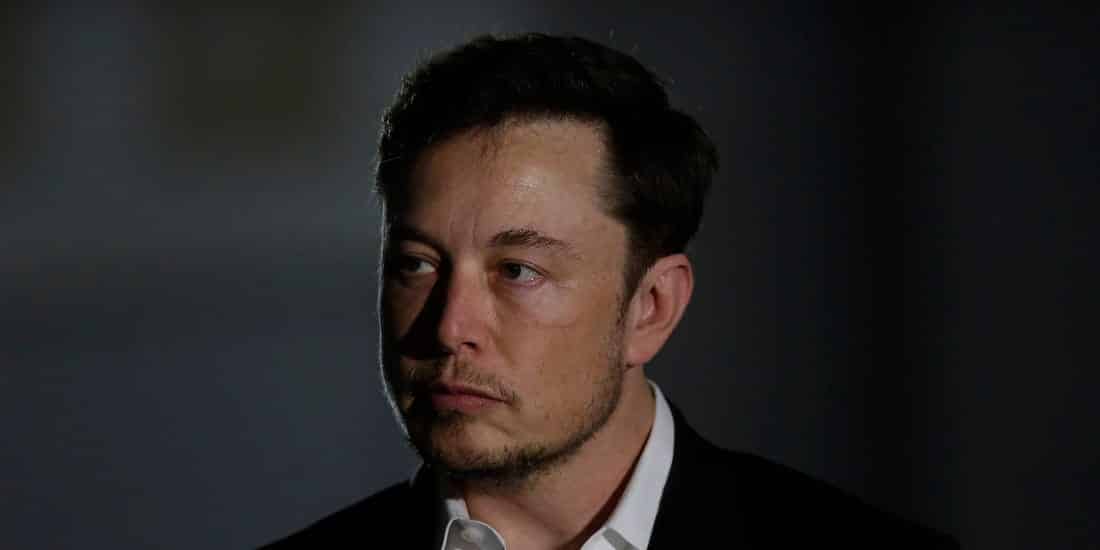 In this podcast I discuss a number of stories:

New York (CNN Business)Tesla has become the most valuable and (by some measures) the most profitable automaker in the world, But a short while ago it nearly toppled into bankruptcy.

CEO Elon Musk tweeted this week that the company was within a month of filing for bankruptcy when it was struggling to bring its best-selling vehicle, the Model 3 sedan, to market.”Closest we got was about a month,” he said when asked via Twitter how close Tesla got to bankruptcy.

“The Model 3 ramp was extreme stress & pain for a long time — from mid 2017 to mid 2019. Production & logistics hell.”Tesla was in a serious cash crunch as losses mounted and it struggled to hit various production targets for the Model 3.

But Musk hadn’t previously disclosed the company was close to filing for bankruptcy — although he did joke about a bankruptcy filing in a separate tweet on April Fool’s Day in 2018.

Today, Tesla’s struggles seem to be ancient history.Tesla has recently reported record, sustained profits, an industry-leading profit margin and strong cash flows. And the stock has responded in kind, with shares of Tesla (TSLA) soaring more than 400% this year.

Technology wiz Elon Musk is on track to become the world’s third-richest person.

On Monday, Musk’s electric automaker Tesla, Inc. was named for inclusion in the S&P 500 Index, sending shares soaring at around 14%.

The company had already hit a yearly high in August and Tesla reported its fifth straight quarterly profit last month, jumping 105% from the same time in 2019.

According to the Dow Jones Market Data Group, the 49-year-old’s share in Tesla is worth $8.2 billion more than it was at Monday’s market close — a total of $77.8 billion.

The gain would knock fellow billionaire and Facebook, Inc. CEO Mark Zuckerberg down the Bloomberg Billionaires Index. Musk’s net worth rose to $117.5 billion, while Zuckerberg’s has hovered at around $106 billion.

Amazon’s Jeff Bezos is No. 1 on the list, with a staggering total net worth of $184 billion. Warren Buffett is second at $129 billion dollars. However, changes have not yet been made to the index.

Musk’s wealth rose around $90 billion over the course of 2020, according to The Guardian.

It’s been an eventful couple of weeks for Musk.

Over the weekend, he tweeted that he had tested both positive and negative for the novel coronavirus — though with minor symptoms.

It was the first regular crew rotation mission for NASA to utilize a commercial spacecraft.

At the start of the New York trading session, all of the major currency pairs from EUR/USD to USD/JPY were headed lower. That was the trend for most of the morning, but mid day, Senator Chuck Schumer said Senate Majority Leader Mitch McConnell has agreed to restart coronavirus stimulus talk. Investors cheered this news, sending stocks back into positive territory. Currencies followed suit with euro, sterling and other major currencies erasing all of its losses to end the day higher versus the greenback. Although USD/JPY and USD/CHF lost value, their sell-off were moderated by the turnaround in risk.

The Philadelphia Fed index and existing home sales report also show the US economy performing better than expected. While manufacturing activity in the Philadelphia region slowed, it was not as bad as expected. Existing home sales also beat expectations, rising 4.3% against -1.2% forecast. There’s no question that the fourth quarter will be a tough one for the US but slowing from a higher base could be good news. Regardless, investors are selling dollars and this trend could continue in the near term as more states apply restrictions. Yesterday the market reacted negatively to New York City’s decision to close schools and today, stocks fell when Mayor Blasio said indoor dining could be closed in the next week or two.  As the US heads into the Thanksgiving holiday, which is time of family gatherings, states are trying to take steps that can hopefully prevent the virus from spiraling out of control

Euro continues to be one of the biggest beneficiaries of US dollar weakness. Thanks to the restrictions taken by European governments, the virus is spreading more slowly. If they turn things around before Christmas and business activity can resume in a less restrictive way, the rally in the currency would be justified which is what investors are banking on. Sterling also recovered earlier losses despite the European Union’s decision to suspend Brexit talks after a team member tested positive for COVID-19. UK retail sales are due for release tomorrow and given the decline in spending report by the British Retail Consortium, the risk is to the downside. Europe began closures in October so October and November data from the UK and Eurozone should be particularly ugly.

All three commodity currencies turned positive by the end of the NY session. Canadian retail sales are scheduled for release tomorrow and given the rise in wholesale sales, improvement in labor market conditions and uptick in consumer prices, we are looking for stronger numbers that could extend losses in USD/CAD.

Australia reported blowout labor data with more than 178K jobs created last month. To put this into context, economists anticipated 30K decline. What makes the report even more impressive is the fact that there was solid upticks in full and part time employment and an increase in participation. This is a direct result of easing restrictions in Victoria and is something European nations can look forward to when they get the second virus wave under control.

4. Bitcoin no match for gold in coronavirus world – Fox Business

The recent surge in bitcoin’s price has created some new believers, but the cryptocurrency will never supplant gold as a store of value or medium of exchange, some Wall Street investors say.

“To try to act like bitcoin is some kind of improved version of gold, it’s going to disrupt gold because it’s a better store of value, it’s a better medium of exchange, all that is pure nonsense,” said Peter Schiff, CEO of Westport, Conn.-based Euro Pacific Capital. “It’s not a store of value because it has no value to store.”

Gold, widely viewed as a safe haven for investors seeking to preserve wealth during periods of market upheaval such as the coronavirus pandemic, has value not only in trade but its use in fine jewelry and electrical conductivity.

Bitcoin, generated — or mined — by the verification of transactions in a blockchain digital ledger, has no use other than as a limited medium of exchange and has historically been subject to wide price swings.

Early in the Trump administration, a run-up in bitcoin prices prompted speculation that it could replace sovereign currencies. Excitement surrounding bitcoin in December 2017 spurred the launch of bitcoin futures and led to several platforms allowing customers to buy and sell the digital currency.

The wave of interest sparked regulatory concerns in Washington and led to hearings on Capitol Hill in October 2018.

“Crypto is the mother or father of all scams and bubbles,” Nouriel Roubini, CEO of Roubini Macro Associates and a professor at New York University’s Stern School of Business, said in testimony before the U.S. Senate Committee on Banking, Housing and Community Affairs.

Roubini last week tweaked his view on bitcoin, telling Yahoo Finance the cryptocurrency might be a “partial store of value” because of its limited supply.

However, Ray Dalio, founder of Bridgewater Associates, the world’s largest hedge fund with $98.9 billion in assets, tweeted on Tuesday that bitcoin is not a good store of value due to its volatility and the fact that it has little correlation with the prices of goods, so owning it “doesn’t protect”  buying power.

Google trends show bitcoin searches are just a fraction of their December 2017 peak. While trading of the cryptocurrency has gained traction, its use in digital purchases has not.

“A lot of the companies that were kind of jumping on the bitcoin bandwagon back in 2017, they’ve all walked away,” Schiff said. “Nobody is interested in bitcoin anymore as a payment method.”

There are other uses for it, however. PayPal last month became the most recent company to allow users to buy, hold and sell bitcoin and other cryptocurrencies and plans to give customers the ability to use the assets as a funding source inside their PayPal digital wallets, accepted at 26 million merchants worldwide.

All transactions with those sellers, however, will be settled in fiat currency.

“There’s no real use for bitcoin,” Schiff said. “All you can do with Bitcoin once you buy it is sell it, but you need somebody else to buy it from you. It’s a massive pump-and-dump.”

In a new episode of Fast Money, the chief executive officer of digital currency investment firm BKCM says the stark contrast between Bitcoin’s fixed supply and seemingly endless money printing from governments will only become more magnified as fiat currencies around the world go digital.

“In terms of the digital euro or digital yuan or digital dollar, it’s not actually competition for Bitcoin, because Bitcoin’s core value proposition is that it has a fixed supply. I can’t imagine the ECB (European Central Bank) issuing a digital currency that is going to have a fixed supply. In fact, I would think it would make it a lot easier for them to digitally print more money. I actually think those are more of a risk for fiat currency holders and it highlights why Bitcoin is a digital gold-like product.”

As for where the BTC price is heading, Kelly says he won’t put a number on it, but believes the top cryptocurrency’s post-halving rally is not over yet.

“Bitcoin’s been above $16,000 I think 12 days in its entire history. I suspect there are probably some people that bought in late 2017, 2018 that after a long three years are going to want to get out of it. So I wouldn’t be surprised to see a pullback.

But in the longer run, my view on this is the total market value of all the Bitcoin in existence is $300 billion. The total value of all the gold in existence is $10 trillion. If Bitcoin is actually going to disrupt some of the gold market, $300 billion total valuation is the wrong number and you can see there’s a lot of scope for upside. And add into that, if you look at the halvenings which we talked about in the spring, where most of the gains come are the year after the halvening and we’re seven months into that year after the halvening and Bitcoin’s doing what it should do.”

I know a person (somebody quite close to me actually) who:

So why is he broke? This article investigates