How to Retire in Spain

Europe’s most sought-after retirement destinations include Spain thanks to the country’s sun, sea, sand, and laid-back way of life. You might even wonder why you didn’t retire earlier when you factor in the fantastic Spanish food and reasonably affordable real estate costs.

Who can retire in Spain?

Since Spain is a member of the European Union, retiring in the country is fairly simple for EU citizens. You can live, work, retire, and study in Spain without a visa if you are an EU citizen.

You are given temporary residency in Spain with the long-stay visa, and it enables you to live, work, or study in the country. The long-stay visa is indefinite so you can renew it every year, although you must stay in Spain for a minimum of six consecutive months a year to do so.

The majority of expats who desire to retire in Spain obtain this type of visa. Compared to a long-stay visa, it is simpler to get. You are given the option to retire or live in the country, but not to work.

The kind of visa you’re applying for will determine the requirements you need to comply with. However, it is important to first demonstrate your ability to live independently in Spain, that is, show evidence of a minimum monthly income of 2,130 euros (US$2,173). You will furthermore need to provide proof that you earn about 532.5 euros more per month for every dependent. Otherwise, you could demonstrate savings amounting to 27,600 euros for each renewal cycle that is equivalent to a year.

A list of prerequisites and required documentation should always be confirmed with your local consulate. These are the usual documents you’ll be required to present or submit:

The Spain Golden Visa program, which offers permanent residency in Spain, is a residency by investment program that could eventually result in a citizenship. It is popularly used by non-EU citizens.

Qualifications for the Golden Visa

One of the following investments must be made in order to be eligible for a Golden Visa in Spain:

In Spain, there are various options for supplemental pensions like private and occupational (at-work) pensions. Take note that private pensions are less common than in some other European nations.

The Qualifying Recognized Overseas Pension Scheme (QROPS) is one such program that UK nationals who relocate overseas frequently use. You can combine your pensions into a single plan using programs like QROPS. This not only makes it simpler to handle your pension but also guards it against currency rate swings. The UK government declared that British nationals migrating to an EU country following Brexit can continue to receive their British state pension in the same manner as before the UK left the EU in 2021.

Any income withdrawn from your funds if you transfer your pension to Spain will be subject to Spanish taxation. If you are regarded as a resident for tax reasons, your pension income in the country will be taxed at the same rate as your employment income. The tax on pension income that non-residents will pay will be different based on the type of pension and whether their home country has a treaty in place with Spain.

If retirees sell their houses or enterprises back home, they might have to pay capital gains tax when they move to Spain. Your assets can be subject to a wealth tax as well. The wealth tax in Spain differs by region.

The tax laws in Spain will be different from those in your country of origin. For instance, accounts that are tax-efficient in your home nation could be taxed in Spain.

Cost of Living in Spain

Spain is frequently less expensive than other European nations.

A meal at an inexpensive restaurant is estimated to cost 11.73 euros, while a mid-range restaurant can charge 50 euros for a three-course meal for two, according to global cost of living data aggregator Numbeo.

The overall cost of living in Spain for a family of four can reach an estimated average of 2,252 euros per month, while a single person can live off about 637 euros a month, both excluding rent.

Numerous local and intercity buses are also available. This guarantees that you’ll never run into an issue getting somewhere.

It might not be necessary to own a car in a large city like Barcelona or Madrid. In fact, parking in certain places can be extremely difficult to come by. However, if you want to live in a rural or suburban area, you might wish to have access to a car.

There are a few rules that every motorist needs to follow and the following items are considered must-haves in their vehicle:

You might have to pay a fee if you are stopped by the police and don’t have any of the aforementioned items.

Medical Services in Spain for Retirees

Citizens and residents of Spain who pay into social security are often covered by public healthcare. Remember that you might have to travel a little to get to a state hospital if you reside in one of the Spanish islands. You must meet certain requirements in order to be eligible for public healthcare as an expat, such as:

It may be necessary for you to get private health insurance if you do not have access to public healthcare.

Private healthcare in Spain is quite common among expats. Many expats choose to cover themselves to have access to broader and quicker treatment.

Luckily private healthcare insurance in the country is very affordable and can cost between €50-200 a month.

Expats living in Spain frequently use private healthcare. They decide to get insurance to gain access to more extensive and expedient medical care. The good news is that private health insurance in the country is inexpensive and can cost between 50 euros and 200 euros per month.

It is quite easy to spot a pharmacy in Spain due to the green cross sign hanging outside of the establishment. Spain typically has pharmacies open from 9.30 a.m. to 2 p.m. and from 5 p.m. to 9:30 p.m.  during Mondays through Fridays. Saturday hours are also 9.30 a.m. to 2 p.m. Information about a 24-hour pharmacy can be found on the windows or doors of other pharmacies if you need medicine right away.

Spain has both private and public banks in addition to several local cooperative and savings banks. The banking industry is regulated by the country’s central bank, Banco de España.

Opening a bank account in Spain is advised if you intend to retire there, as it will make your daily life a whole lot easier. If not, you’ll have to deal with credit card fees and fluctuating currency exchange rates. Paying your expenses via overseas banking can be quite expensive and even deplete your money.

Getting an NIE, or Número de Identificación de Extranjero, is the first step in opening a bank account in Spain.

The government issues foreign residents a number called an NIE. It’s necessary for several things, such as opening a bank account, setting up bills in your name, filing taxes, and more.

It’s not difficult to obtain an NIE number. The NIE charge, which is roughly 11 euros, must first be paid at a government bank. Then, you must visit the closest police station and present the following records to the officers there:

Do remember that there might not be English-speaking staff at the police station depending on where you live, so brace yourself and prepare your tongue – or just Google translate for that matter.

Once you have your NIE number, you can visit your preferred bank and open an account. Be prepared as well as the bank might not have a staff who can speak in English. Well, you can always phone the bank to schedule a meeting with an English-speaking staff prior to your onsite visit. As an alternative, you could ask an Espanyol-speaking friend to tag along to assist you with the transaction.

It’s usually a good idea to check with your bank to see what paperwork they need. Below are the typical requirements you need to present:

Use a sworn translator to translate all of your paperwork into Spanish. Your account should be activated within one to five working days. You’ll then receive your cards and documents in the mail in a few weeks.

How to Retire in Spain: The Upsides and Downsides

While Spain is a wonderful place overall, there are highs and lows to everything. Here are a few benefits and drawbacks of retiring to Spain:

Amount of Income You Need to Retire in Spain

On roughly $25,000 per year, it is certainly feasible to retire in comfort in Spain. This may drop to $20,000 per year, depending on where you reside and your way of life.

Part of Spain With the Best Climate

The Canary Islands boast the most pleasant weather all year round. They experience moderate winters and mild summers with temperatures ranging from 20 to 27 degrees Celsius.

Popular Areas Where Most Expats Live in Spain

Majority of expats reside in Madrid and Barcelona. Marbella, the Costa Del Sol, and Alhaurín El Grande are among other areas that are popular with expats in Spain.

Best Places for Expats to Retire in Spain

Your choice of retirement lifestyle will have a big impact on where you should settle down in Spain. It’s crucial to consider your wants and needs before moving forward. Examine the advantages and disadvantages of a location, such as the ones outlined above, before making a decision. Always take your time. After all, Spain is a sizable nation with a wide range of alternatives.

Below is a list of the best places to retire in Spain according to international property organization Spot Blue: 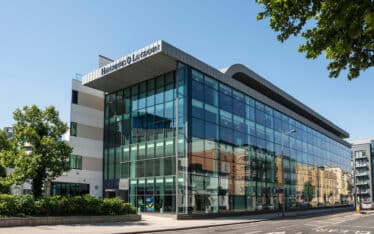 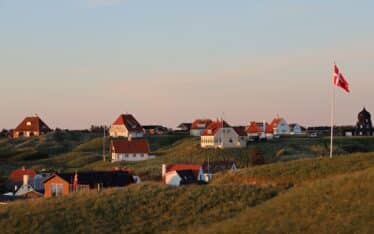 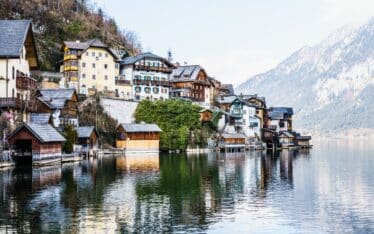