The Top Ten Places To Launch Your New Expat Business 2022 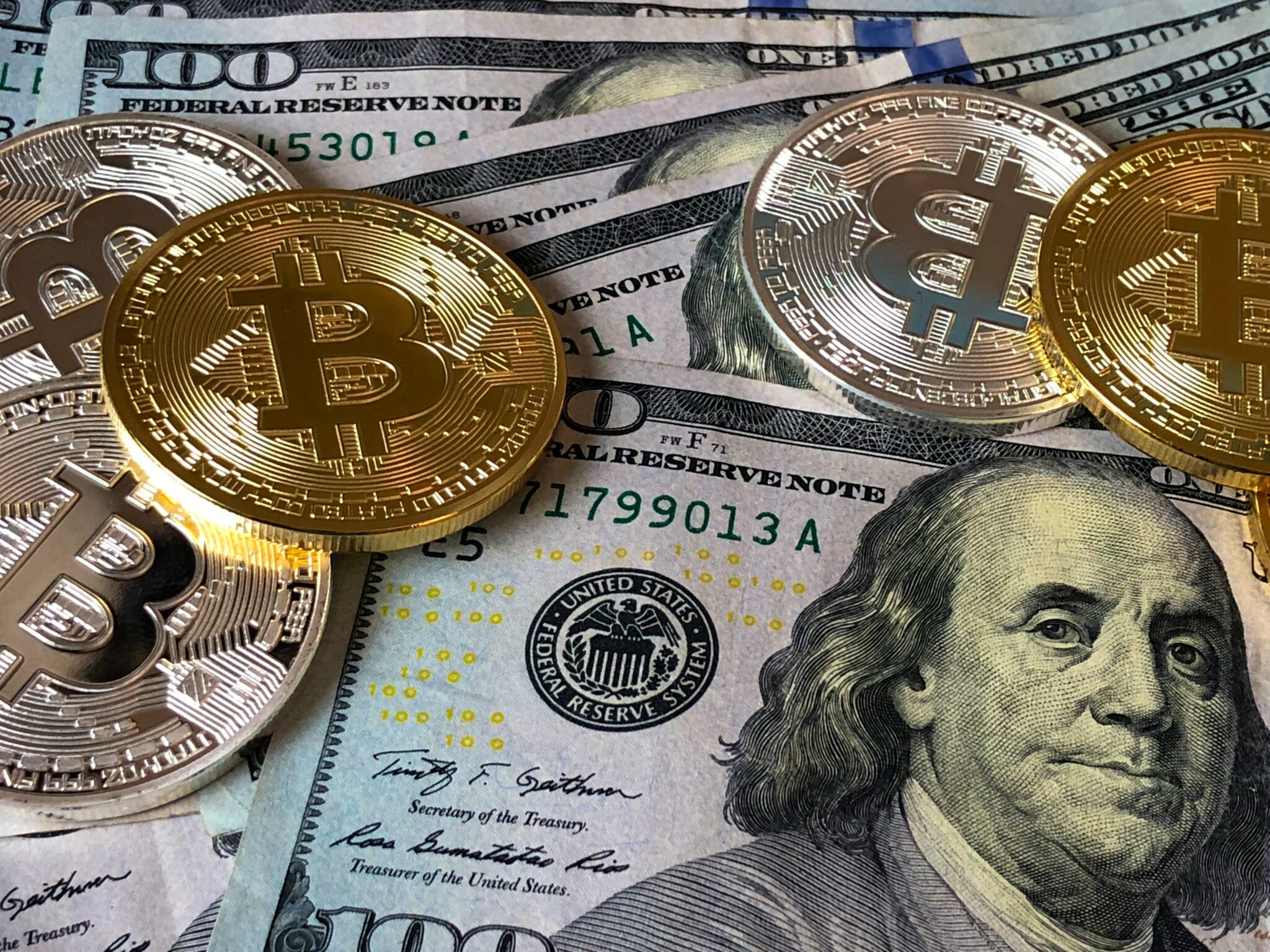 The Top Ten Places To Launch Your New Expat Business 2022 – that will be the topic of today’s article.

The Top Ten Places To Launch Your New Expat Business—Finding work in a foreign nation, generally by relocating to a new position within a company, is the most common way to live as an expat. However, this isn’t the only option for relocating to another country. When people move abroad, a large proportion of them create their own businesses.

Many of them have prior experience as entrepreneurs and business owners and want to continue doing so in their new location. Other prospective expats want to make a total change in their lives, not only by moving to a new country, but also by transitioning from a regular job to starting their own business.

However, not every country in the globe is an ideal location for starting a business. In reality, the best places in the world to live as an expat aren’t always the ideal places to start a business.

For example, Bahrain was ranked fourth in HSBC’s ‘Expat Explorer 2015’ report (based on the opinions of over 20,000 expats in over a hundred countries), yet only 65th in the World Bank’s ‘Doing Business 2015’ report. (This number is for general ease of doing business; Bahrain rates much lower in terms of starting a business, at 140!) Other countries, such as Jamaica and the Republic of Macedonia, make it very easy to start a firm but far more difficult to run one.

It’s crucial to figure out what works best for you in terms of doing business and living in a country, as well as researching the specific industry or area in which your company will operate. There are some businesses that are more closely controlled and taxed than others in any country, and there are other industries that the government promotes and facilitates in any way it can, including entrepreneurship.

However, in a broader sense, there are a number of common criteria by which you can assess how entrepreneur-friendly a location is for an Expat Business. These are some of them:

The time, cost, and ease of the initial processes, such as forming your company and obtaining licenses and permits.

Basic infrastructure quality, accessibility, and cost, such as electricity, internet, and banking services

The local economy’s and currency’s overall health and stability

Language, business culture, and culture in general have the ability to create hurdles.

How simple it will be to deal with difficulties such as a legal disagreement with a client or customer, or your company’s insolvency.

Here are ten of the greatest areas to start your new expat business based on these criteria.

In terms of overall ease of doing business, New Zealand is practically at the top of the World Bank study, coming in second only to Singapore. New Zealand is among the top three countries in practically every category or performs admirably. You may register your company online in as little as 24 hours, and reserving a company name costs only NZD 10.22 and incorporating the firm costs only NZD 150. The economy and business climate are stable, the bureaucracy runs smoothly and with minimal red tape, there is a high level of transparency, and corruption is low. Expats must meet certain requirements in order to obtain a visa, such as demonstrating that they have a proper business plan, sufficient funds to run the business and live in the country, and knowledge of the local business environment, but these are not unusual requirements, and should be simple enough for anyone serious about starting a business in another country.

According to expats polled for the HSBC research, the United Kingdom has continuously ranked high in the World Bank’s “ease of doing business” rankings, with London in particular being hailed as one of the greatest places in the world to start a business. Except for property registration, online business registration takes less than a day and costs only GBP 30, and the country excels in practically every other metric. The UK is, of course, expensive in general, with high taxes, but most expats are satisfied with the quality of life and find the country to be delightfully diversified, hospitable, and simple to adjust to. More importantly, when it comes to running a business, the economy and currency are both solid, and most foreigners enjoy working here.

One of the main reasons why the UAE is a fantastic place to start a business is the tax policy, which is also why so many foreigners enjoy working there. In fact, according to a World Bank report, the country is the best at paying taxes. Contrary to popular belief, the UAE does not have a zero percent tax rate; nonetheless, it does not have a personal income tax, a corporate tax, or a tax on profits in general. For a range of economic and professional reasons, the emirate of Dubai is, without a doubt, the best place in the UAE to live and start a business.

There are several problems and constraints to keep in mind, such as the requirement that a local be the majority shareholder in any Dubai-based trading company, with the exception of businesses in the free zone (which have their own limits). However, for certain enterprises and many expats, Dubai remains a wonderful place to start a business – it was even named one of the top four cities in the world to establish a business by expats in the HSBC research.

Singapore has a strong international reputation in a variety of areas, including cultural diversity, safety, and corruption levels, as well as infrastructure. It ranks first in the World Bank report in terms of overall ease of doing business as well as a variety of more particular metrics, and the HSBC research agreed, with expats surveyed identifying it as one of the four best places in the world to start a business.

Singapore’s cost of living is expensive – among the highest in the world – and there are a number of peculiar limitations, such as regulations favoring local applicants for specific occupations and the requirement that all company names be approved by the government. Singapore, on the other hand, is an excellent place to establish a business: it has a robust economy and currency, low registration and startup costs, low taxes, and low import and export prices. In general, the country’s laws are strongly pro-business, with numerous benefits for small and new business owners.

Hong Kong, too, makes starting a business simple, with an online system that takes less than a day to register a company name and obtain a certificate of incorporation. An application cost of HKD 1720, a business registration fee of HKD 2,000, and a business registration levy of HKD 250 are included in the fees. All of the other operations are also short, simple, and inexpensive. The tax system in Hong Kong is one of the key benefits of launching a business there: taxes are relatively low, and the system is simple to comprehend and navigate.

Panama didn’t score particularly well in the World Bank’s ‘Doing Business 2015’ report – it came in at a dismal 69, and didn’t fare much better on most of the individual metrics – but many expats view the country as a fantastic place to live and do business. The cost of living is cheap, yet the level of living is high; the infrastructure is of high quality, dependable, and affordable; and the country has a stable economy and a large pool of qualified but relatively inexpensive workers. For expats who can avail themselves of the country’s “Friendly Nations” visa programme, the process of starting a business becomes even easier, and American expats have the added advantage of Panama using US currency. The tax system is complicated and necessitates the counsel of a professional, preferably in both Panama and your home country, but with proper advice, you can significantly reduce your tax liability.

Taiwan is one of the greatest destinations in Asia to start a business. The small East Asian country narrowly misses out on a spot in the top ten of the World Bank’s ‘Doing Business 2015’ report, placing 11th, far ahead of several other popular expat destinations in the region, including Thailand. The country boasts a strong, contemporary economy, good infrastructure, and a thriving business and entrepreneurship culture. Most foreigners would be unfamiliar with Taiwanese business culture, which is marked by rigorous etiquette and norms. However, because Taiwan has a lot of international trade, the locals are used to dealing with foreigners, and most expats can bridge the gap with a little effort and training.

Sweden might be a difficult place to do business in some aspects, although this is primarily due to the country’s business culture, which can take some getting used to. While desirable, the emphasis on agreement, egalitarianism, and professional behavior has drawbacks and can be difficult to acclimate to. The benefits of this business culture, on the other hand, are enormous, and Sweden excels in most of the more quantifiable metrics as well. According to the World Bank, the country ranks eighth in the ease of beginning a business and sixteenth in the ease of establishing a business. Sweden has high taxes, and the tax structure can be confusing to those who aren’t used to it. Government services, on the other hand, are efficient and corruption is low; infrastructure is outstanding, and life quality is high.

Both as a location to live and as a place to do business, Canada is highly regarded. The World Bank gives it a score of 14, while the HSBC gives it a score of 6. The country has a contemporary, free-market economy with limited government regulation, resulting in a stable, yet free and efficient economy. For example, incorporating and registering a new firm is an online process that can be accomplished in a single day for only CAD 200. Canada does exceptionally well in terms of business culture, infrastructure, taxation, resolving insolvency, and obtaining credit. The extraordinarily high cost of importing and exporting items is one of the few disadvantages of conducting business in Canada.

While Portugal does not rank among the top 10 countries in the World Bank’s ease of doing business rankings – it is ranked 23rd – a number of variables make it a great place to start a new business, particularly in the capital city of Lisbon. A new business can be registered at a one-stop shop, which takes less than a day and costs between EUR 300 and 360. Although taxes are high in Portugal, the low cost of living, geographic position, business-friendly regulations, and economic stability and growth make it an ideal spot to start a business. Furthermore, Portugal’s startup culture is fast evolving yet still young, which means it is energetic and competitive while maintaining a strong feeling of community and mutual support. 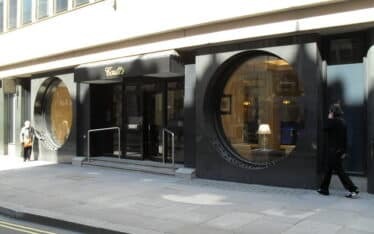