What is the dark secret of real estate? 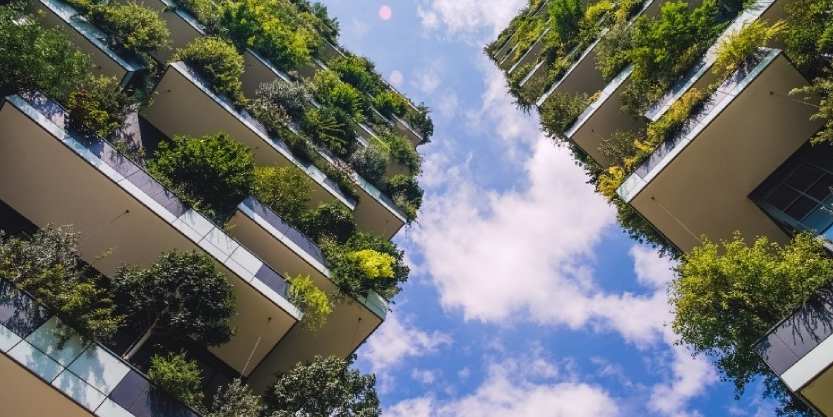 What are the darkest secrets of real estate?

A couple of years ago I took a trip to New Zealand, which is an amazing place:

Their bus systems for tourists are a convenient way to get around, unless you prefer to rent a car.

On the second day of the trip the bus driver was speaking, and introducing New Zealand.

He mentioned how average prices in Auckland were now $1m USD to buy. This surprised some on the bus.

We were being driven by a millionaire, he commented. That is very true, after there was a huge amount of overseas buyers in the 2000s.

The point is though, if 90%+ of your net worth is in your primary residency, it is completely different to having rental properties, stocks or index funds.

Somebody who has a small cheap house + $800,000-$1m in rental properties or the markets, can do a lot more with the money than somebody who just lives in a fancy house.

They can sometimes retire, at least in some countries, if that money is creating cashflow.

In comparison, there are loads of people in places like London who are retired, but are in poverty, despite living in huge houses. Often they need to sell, or downsize, their homes, to make ends meat.

I am not sure if that is a “dark secret”. In fact, it shouldn’t even be a secret at all, that being a millionaire in isolation is irrelevant.

It depends much more on the specifics. Yet in the society we live in, many people don’t make distinctions between different forms of wealth, and between a primary residence and rental property.

I was speaking about this to a man I met at a networking event in Cambodia six years ago.

But as he says, “it is still only one house, and unless I sub-let it out, it won’t bring me any cashflow”.

When he dies, his children will still only be able to buy 1 house of the same size with that money, unless the HK property market crashes.

In comparison, if rental properties are creating more cashflow when you die, or your stock portfolio has gone up miles above inflation, there is more your kids can do with that than just buy the same quantity of the same product (1 house for 1 house).

So, if you buy a primary residency and plan to live there until you die, it doesn’t really matter if the house just matches inflation or goes up dramatically in value.

Your primary residency isn’t really an investment at all, unlike rental properties or stocks.

Besides, almost all the professional real estate investors I know focus on buying small units, as well as focusing on yield and leverage, rather than capital value growth.

It might not be as prestigious as buying expensive houses, but it is more effective for those with the right skills.

They think that the amount of money they will make will depend on how much value they bring to others.

However, the key word is perceived benefits. And perception is in the eye of the beholder.

A comedian who gets millions of laughs is more likely to become a millionaire than somebody who gets a few giggles, but that doesn’t mean you will find him funny.

A footballer today can earn over 100million, compared to a pittance seventy years ago, but that doesn’t mean you will necessarily think that the standard has gone up.

Jeff Bezos has saved billions of people money, but that doesn’t automatically mean you will think he has been only a force for good in the world.

There is also a high chance you might find some of the most successful YouTubers childish, like this guy:

The reality is, the supply and demand dynamics always change. Fifty years ago, a footballer couldn’t have made as much as today.

Technology and higher GDP are just two reasons for that. The same with YouTube stars. Even ten years ago, they could never have made as much as today.

So people who earn a lot of money, don’t always benefit society in the objective sense, but people perceive that they bring value to their lives.

The fact that they might, or might not, benefit society isn’t important. What people do with their own money is up to them.

The idea that we should pay people based on how much they are helping others has been tried in many societies before. It has never worked.

Sometimes life isn’t fair and that means that some wealthy people have benefited society and themselves a lot, whilst others haven’t benefitted society.

Somebody who creates more perceived value, will always beat somebody who merely creates a lot of value, without perception catching up.

Why do people who have never invested a penny always claim investing is so easy?

Namely, people who have never invested thinking that investing is either:

The only exception is some very young people, typically in business school or feeling like they are in the know, who claim that investing is easy despite never having invested a penny.

Or perhaps they have invested more than a penny, got beginners luck, and assume it is easy to beat the market with speculation.

In reality though, investing is often simple, but not emotionally easy. Buffett sums it up here:

It is easy to say things like “i won’t be the one to panic sell during crashes or get too excited during the bubbles”, but many people get carried away with emotions.

We see it every time there is a huge bull, or bear market. This year has been the most extreme time for a while.

Markets started out hitting records, then crashed in March, only to hit records again a few months later, and some individual names like Tesla went crazy.

There has been a big surge in DIY investing betting on some new tech names, some of whom have no profitability.

I was reading an article a few months ago which showed that the best performing stock this year wasn’t profitable yet, and actually few people have even heard of it. The price was being driven in the small cap markets by smaller investors.

Many people, even those who are very knowledgable about investing, underestimate the importance of keeping emotionally balanced in investing.

In what ways is it more expensive to be poor than rich?

Having lunch with Warren Buffett costs millions, and has been rising:

This is an extreme case. Only a maximum of 100 people in the world could charge that much!

Yet I have met countless people who can charge for lunch. They typically charge their clients or fans for the lunch.

This is one example of many.

It depends on the individual though. It isn’t always more expensive to be poor.

It can depend on a range of thing.

How much of the world’s wealth does Jeff Bezos own?

Many of the answers below have already answered this question well.

If the money was in cash, he would have about 0.2% of the world’s wealth.

But he doesn’t have it in cash. So what I would say is, a lot of the media reports on these kinds of things are very misleading.

I can’t imagine you would feel any richer unless you sold the house and liquidate the positions.

Wealth and income, and an increase in wealth vs liquidating positions is very different.

Likewise, when it skyrockets, he isn’t “making money” unless he sells off a portion of those positions.

Yet the media often report in this manner, when in reality his wealth is fluctuating.

So reports saying things like “Bezos” is worth more than such and such a countries GDP, is highly misleading, as it is confusing national income (and indeed income) for wealth.

This has been going on for years, as the graph below from years ago shows:

Google some of these people’s names. Many are now ex-billionaires or are worth less than before.

This is especially the case for some of those Japanese billionaires who were so powerful in the 1980s.

The point is, over-performance doesn’t continue forever, and a lot of the people speaking about his wealth are making political points, rather than rational ones.

As a final point, the media also forget to mention some basic facts.

They will say things like “billionaires have doubled their wealth in the last decade whilst everybody else has seen stagnating real wages”……..forgetting that stock markets have more than doubled in ten years.

The average middle-class investor has actually seen their wealth in percentage terms go up quicker than the richest people if they tracked the market.

Or put another way, in the last 10, 20 or 25 years, the Forbes Rich List hasn’t seen their wealth increase as quickly as the stock market in percentage terms. 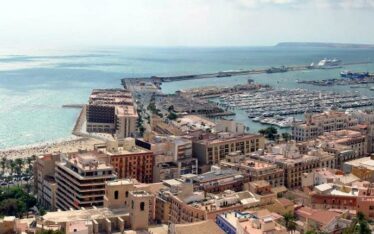 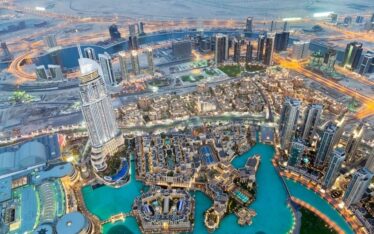