Which ones are the most common habits of highly successful people, and why? 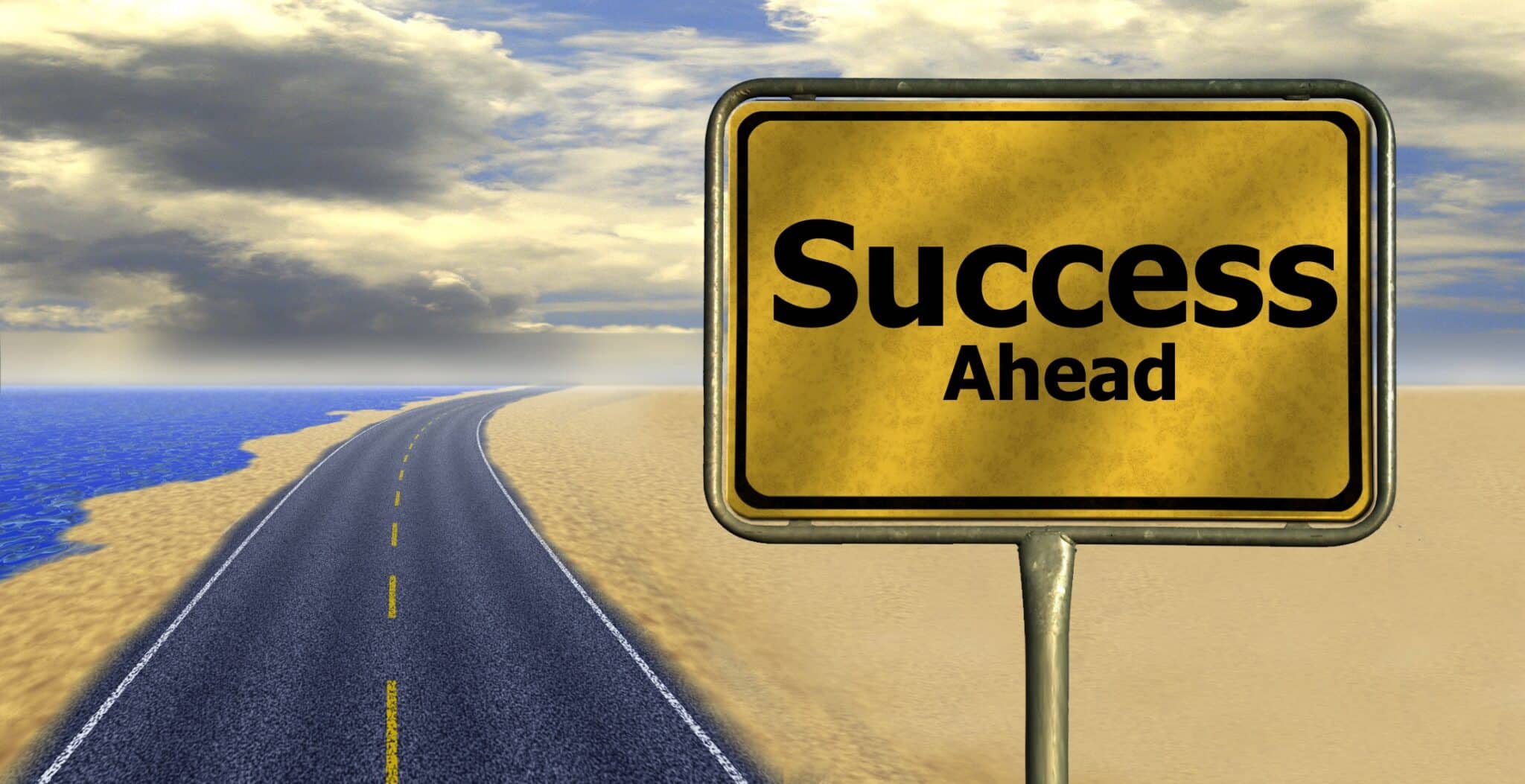 I often write answers on Quora, where I am the most viewed writer for investing and personal finance, with over 223 million views.

Which ones are the most common habits of highly successful people, and why?

The most common habits, actions and personality traits I have seen are:

2. Persistence – and perseverance. If something was meant to be easy, then everybody would do it. Many people give up before they achieve success. I have seen some people “fail” for five, ten or more years and eventually succeed.

3. Spending time with better people/focus on the right people – and avoiding the negative and toxic people who will add to those internal voices telling you that you can’t do it. Also remember that when studies have been done on old people, most people think they have had a partly successful live if the people they love still love them after all the years. Few care about random people at that age.

4. Focus on production – before consumption and not the other way around. That could mean investing more, producing products and services, writing content etc.

5. Not caring about what random people think – success breads animosity and even if you aren’t successful yet, plenty of people will think you can’t do it. Moreover, people who are willing to break industry and societal norms are more likely to succeed. I personally know some people who made a fortune from email marketing and LinkedIn, back in the days when that wasn’t normal. Now it is normal. So, less people are offended by it – they just ignore it. When it wasn’t normal, more people were offended but more people also engaged.

6. Focus – both Bill Gates and Warren Buffett believe that focus is the number one ingredient that contributes to success if you do it in a persistent manner.

7. Take advantage of luck – everybody gets some good and bad luck. Due to complacency, few take advantage of luck. Most lottery winners become broke or at least don’t pass on that much to their kids. In sports and business, many people take their feet off the accelerator after success is achieved. It makes sense to fix the roof when the sun is shining.

8. Avoid complacency – Many people get fleeting success. Few people stay at the top, or near the top, for a long-time, due to complacency. The average person who receives inheritance is poorer than there colleagues who never received any money for the same reason.

9. Focusing on your strengths – and delegating your weaknesses. People who are successful are more likely to know what they are good at. Small increment increases in your strengths can lead to huge gains. Let’s give a sporting analogy. Let’s say you have a striker who isn’t quick, but a good finisher. He/she is scoring 20 goals a season and has an average of 200 shots a year – so a 1/10 strike rate. If he/she improves finishing by just 10%, and positioning by another 10% so there are more chances to begin with, that will make a huge difference. It could be the case of having 220 chances and 24/25 goals a season. Do that for 2–3 years and you could have a doubling. The same is true for business. It is often better to improve by 10% in areas where you are already getting traction.

10. Don’t blame others – this could include blaming the economy, your situation and other things. Last year was a great example of this. I personally know people who had record years in business even if some family members fell ill, or died from covid, and they had 3–4 self-isolations in hotel rooms. Other people would use those life events as an excuse for inaction.

11. Taking big decisions in an efficient manner –most decisions are best made quickly. Not rushed but quickly.

12. Using leverage and productivity rules. Many people have heard of the 80.20 rule – the Pareto principle which states that for many outcomes roughly 80% of consequences come from 20% of the causes. The 80/20 rule can also be further broken down into the 64/4 and 50/1 rules. 1% of your actions could bring 50% of the results. So, working smart and hard is much more important than just working hard, especially in the digital age. Examples of this rule are investing from a young age to take advantage of compounded returns and to focus on 1% of your top customers if you are a private business owner.

13. The ability to say no – but saying yes to the right opportunities.

14. Knowing how to handle risk – taking calculated risks is essential to success. Most people either take too many or too little. Most people take too little as they are more motivated by not losing something than gaining.

15. Knowing what you want – success is different for each person. Some people want financial success, others want other forms of success. Also, don’t let other people, including your parents or society, tell you what is success or happiness. That is up to you to decide.

Of course, the above isn’t an extensive list, as there isn’t enough time for that.

Ultimately, we only have 24 hours a day, regardless of whether we are the richest person in the world or the poorest.

So, the ability to be productive and efficient is one commonality from the above list.

As a generalization there is a huge difference between new rich and old wealth.

It isn’t true that nobody who is wealthy shows off. Yet younger people, and those who are newly rich, are more likely to:

People who have come from multiple generations of wealth, or have achieved the feet at an older age, are less likely to show such behaviours.

It all depends on the individual and the local culture. In most advanced Western countries, wealth has almost become a taboo, which is obviously stupid.

Becoming too good at something, getting excessively rich, has almost come to be looked down upon.

At the other end of the extreme, some newly wealthy cities and countries encourage people to show off.

When I first visited China in 2007, and lived there from 2011, there was clearly a “face culture” whereby showing off your wealth could give you social benefits.

Gradually, over time, those things start to change. Eventually you get to a stage of “inverse snobbery” whereby most wealthy people don’t want to buy certain brand names.

It reminds me of an interview I was watching. A UK politician put her kids into a fee paying school after they went to government schools for years.

What is ESG Investment?

ESG investing is also referred to as sustainable investing. It means investing into companies, and industries, which are “green”.

Historically, ESG investing has underperformed the market and most funds.

In recent years, it has beaten the market, with many sustainable energy and ESG funds doing extremely well in the last few years.

Some of the biggest reasons for that are

Despite all of this, there are dangers. The sector is reliant on government policy which can change.

I have also seen investment fads come and go.

That isn’t to mention that most of the people who get wealthy investing do it gradually, and don’t radically change strategies. from year to year.

Finally, don’t forget that many ESG indexes have only marginally beaten the S&P500, in return for bigger risks:

So, having an allocation is fine, but I wouldn’t put the majority of your eggs in that basket, regardless of how it performs in the next decade.

I suspect it will do quite well in the next decade, or even very well, but risks remain.

What are some legal get rich schemes that work?

If there were legal, and very safe ways, to get rich quick then everybody would do it.

The only ways to get rich quickly are

Taking calculated risks is a tried and tested way to get rich, or wealthy, more quickly than you otherwise would do.

If you want to get rich much more quickly than average, however, you might need to take a bigger risk than what could be considered calculated.

That could mean putting 100% of your stock portfolio into just one stock.

This one is partly linked to luck though. Calculated risks, by definition, is taking a good risk-adjusted approach.

Risks bigger than calculated risks are often a gamble. to a certain extent.

As an aside, most of the few people I know who got rich quickly, also lost it quickly.

Often the biggest reason is that they didn’t recognise that the money they earned, or gained through wealth, was partly due to luck.

The exceptions are those people who know they are taking a huge risk with a very small amount of money, and then get out if it works.

Gambling is a bit of a drug though so is best avoided in investing.