As an Australian expat, what are my options to invest in the US and Australian stock market

As an Australian expat, what are my options to invest in the US and Australian stock market?

I will refer later on to an obvious mistake to avoid, but before doing that, I presume you mean you are Australian and living overseas, and not a non-Australian living in Australia.

Anyway, in either case, the best options are similar:

Of course it depends on many different things as well, including your age (as that links to your ability to take risk), how much you want to invest and for how long.

One of the exceptions to the above is if you live in the United States as an expat.

In that case, it is almost always better to keep money with a local American broker, for tax and other reasons.

In which banks do billionaires store their money?

There are a lot of misconceptions about this which I will go into my details about below.

Hollywood adds to those misconceptions and some of the answers below also allude to some outdated ideas.

For decades, as recently as the 1980s and 1990s, it is true that there could be “secret” Swiss and other bank accounts.

Some of the biggest names in banking got involved.

In those days, getting on an international flight was like boarding a shuttle, so some people did literally carry loads of cash.

This was popularised by. Jordan Belfort and the Wall of Wall Street:

That world has now ended but the popular opinion hasn’t changed.

Once people get an idea in their head, it takes 20+ years to change those views.

Now if you want to open up an investment account almost anywhere in the world you need to give your tax identification. number (TIN) – for example your UK National Insurance number.

That information is now shared globally amongst tax authorities.

A lot of the misleading headlines you read about money being “stored” offshore is misleading.

It is perfectly legal to hold money offshore, in most countries. What isn’t legal is failing to pay taxes on it or failing to declare the accounts in some systems.

People are very confused about this. Some people honestly think it is illegal to hold an account offshore.

One of the best recent examples of this was the former UK Prime Minister David Cameron held an offshore trust.

He sold the assets and paid the same, identical, tax rate which he would have paid on the asset if it was held in the UK.

As you can imagine though, his political opponents leapt on this – David Cameron had stake in father’s offshore fund.

Every time there is a “scandal”, like the Panama Papers, the media completely twists the facts, especially the parts of the media which wants their listeners to believe there is this mythical 1% who aren’t paying their way and doing illegal things on a mass scale.

My answer isn’t about politics. The point I am making is the word has moved on.

Is there sometimes some dodgy things going on? Of course, but actually that happens more onshore now than offshore.

The majority of laundered money and tax evasion is from pure cash transactions – in other words people who are paid in cash and don’t declare it.

Likewise, the majority of legal tax avoidance schemes are now offshore – for example governments incentive firms to come into their countries with low corporation tax, there are tax-free ways to invest onshore and also ways to reduce taxes in duty free shops.

In other words, a firm like Amazon moves a lot of profits to the Republican of Ireland or other low corporation tax countries.

The idea, encouraged by large sections of the media, that most wealthy people call up an accountant, lawyer or investment idea and “hide” money in the Caymans is very 1980s.

The majority of the money held in those traditional offshore jurisdictions is now declared, and full tax paid on them, assuming that the person is living in a country which charges tax on overseas capital gains.

I think one of the incentives for this attack on small islands is that the biggest “tax heavens” (by which I mean low tax and not hiding money) are places like London and onshore US like Delaware.

A lot of these blacklists from countries is political and self-interested.

So, in answer to your question, there are wealthy people with accounts onshore and offshore, with boutique banks and traditional banks.

The same thing exists in wealth management. Some very wealthy people use family offices, others use family banks and boutique firms specialising in a niche.

The wealthy aren’t a monolithic group unlike what the media might suggest.

One of the few commonalities is that wealthy people prefer to put their money to use by investing it rather than “storing” or “stashing it”.

The same applies to those 2–3 steps below the level you have alluded to – multi-millionaires.

I was speaking to one of my friends who works at the Big 4 accounting firms about this.

He was at a convention a few years ago in the UK. In the question and answer session, one person asked the speaker “how do we change the public’s views on tax, which often implicate PWC, when we all know the world has changed compared to two decades ago”.

The speaker said “unfortunately the public loves a good story, so it will take 10–20 years to change perceptions”.

How does one gain a large amount of wealth?

It is hard to answer such a question in a clear, concise and precise way, but I will try.

One of the best ways of looking at this is consumption vs production:

You can consume things, including media and material goods. You can also produce things.

For most people, they produce through their full-time job, and consume through buying things and consuming media.

If you consume more than you produce, you will be broke no matter how much you earn.

Even if you earn $100m but spend $101m, you will eventually need to declare bankruptcy, as many former businessmen and sports stars can attest to.

If you consume as much as you produce, you won’t get wealthy, but you won’t be broke.

If, on the other hand, you produce more than you consume, you will growth wealthier.

Of course, there are added things as well. How often you produce more than you consume makes a huge difference.

If you do it for decades then it will make a much bigger difference than for a few years.

Other important things include:

Also the ability to control your emotions is one of the most underrated aspects of wealth creation.

Most people go from one extreme to the other – greed, fear and greed again.

Look at 2008. People were bullish and taking huge risks in business and investing (real estate in particular) before the crisis and then got scared.

2020 is another great example. People started the year in a bullish way.

Markets hit record highs even as coronavirus was hitting China, Korea and Iran.

Markets crashed and people were terrified about the US Election more recently.

Now markets are back to records in most developed countries. If you can stay stoic, and keep to a plan in business and investing and only adjust if the facts clearly have changed, that gives you a great advantage.

Has the coronavirus really been a game changer for the world? Or has it just forced the world to press the “fast forward button” on trends that have been going on for years or even a decade?

The article below investigates in more detail, alongside looking at some of my other recent Quora answers. 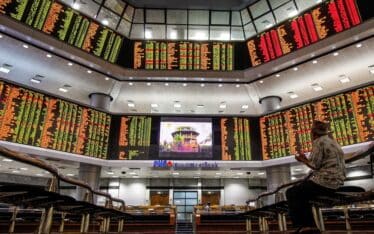 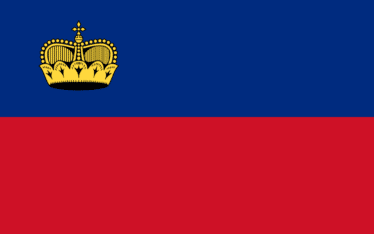 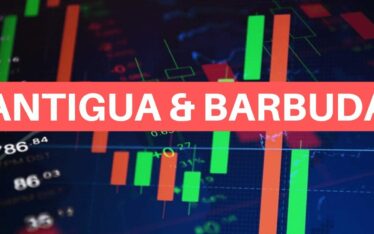