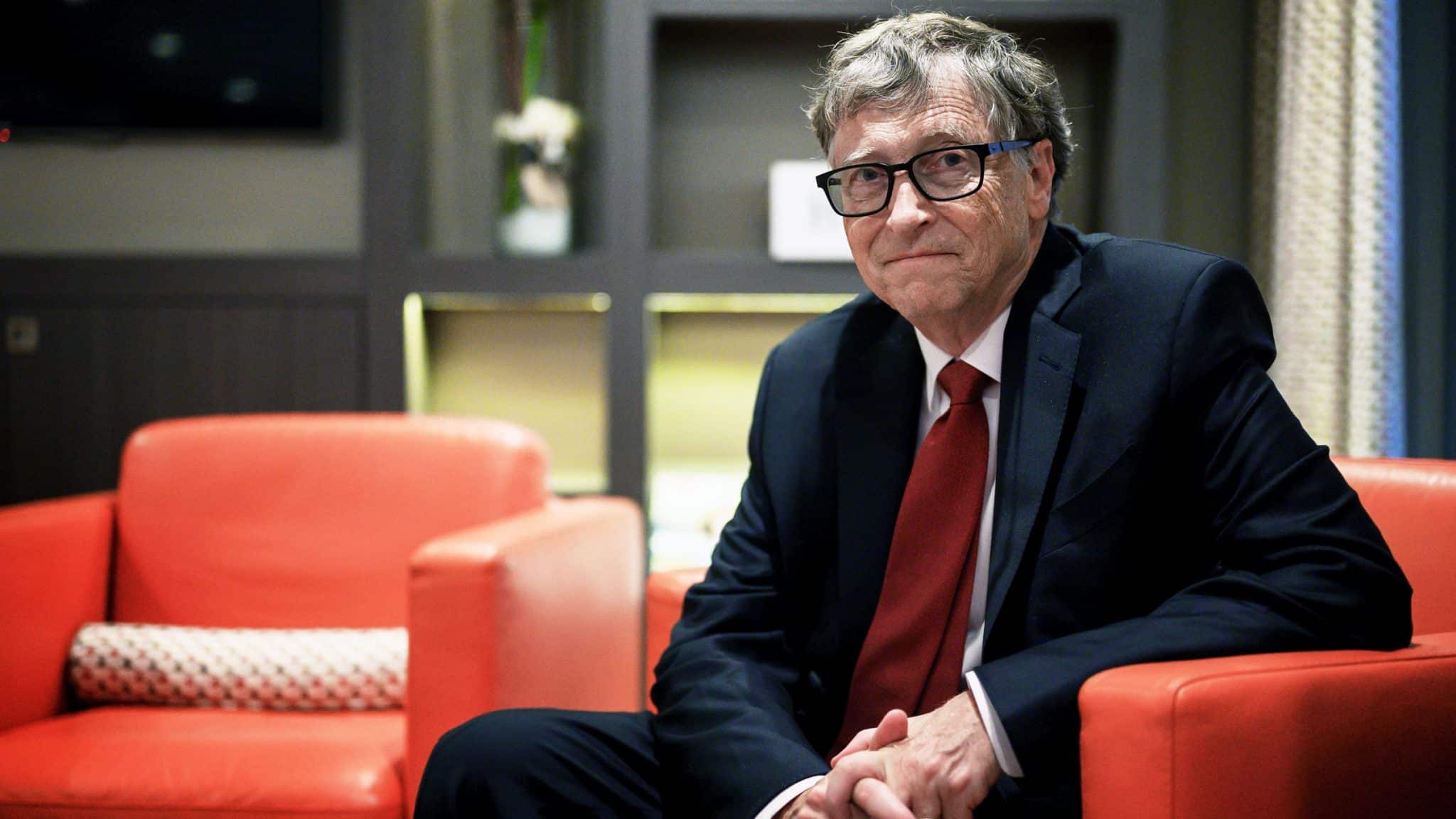 Articles referred to are linked to below and copied for your convenience.

The sweeping changes we’ve seen this year to office work and business travel won’t go away, even after the pandemic subsides, according to Bill Gates.

Gates described how he envisions the future of work during an interview with Andrew Ross Sorkin at The New York Times DealBook conference on Tuesday. According to Gates, one of the biggest changes to how business is conducted will have to do with work-related travel.

“My prediction would be that over 50% of business travel and over 30% of days in the office will go away,” Gates said.

The type of business travel where it’s important to fly somewhere to physically sit in front of someone else to discuss something in person won’t be the “gold standard” anymore, Gates said. He predicts most companies will have a “very high threshold” for doing those types of business trips.

When it comes to working from home, “some companies will be extreme on one end or the other,” Gates said, likely alluding to companies like Twitter, who have said their employees may work remotely forever, from anywhere.

Gates did reveal one downside of virtual meetings versus in-person events: the inability to meet new people. He told Sorkin that he hasn’t made new friends this year because he never meets people at random.

“More could be done on the software side to allow for serendipitous run-ins after meetings,” Gates said.

Many companies, particularly those in the tech world, from which Gates hails, are reconsidering the future of work now the the pandemic has shut down the majority of travel and in-office work this year. Twitter isn’t the only company who has said employees never need to return to the office: Slack, Stripe, and Facebook have all said employees may relocate away from company headquarters, though in some cases, they’ll take pay cuts.

At Microsoft, the company Gates founded with Paul Allen in 1975, employees will shift to a “hybrid workplace” where they’ll only report to the office for half the workweek.

Gates’ predictions on business travel line up with research from industry experts, who have estimated that it will likely take several years to return to pre-pandemic levels. According to Bank of America research from October, corporate travel is unlikely to rebound until “late 2023 or in 2024.”

Facebook and Twitter’s chief executives have been challenged over their handling of the US election in their latest appearance before the US Senate.

Democrats questioned whether steps taken to flag that President Trump’s claims of election fraud were “disputed” had gone far enough.

Republican members of the Judiciary Committee asked whether the tech firms should be taking such action at all.

This was the second time the CEOs had been cross-examined in three weeks.

They were previously questioned by the Senate Commerce Committee last month in what was a more rowdy event.

Once again, the issue of a law known as Section 230 loomed large.

It says the platforms are generally not responsible for illegal or offensive things users post on them.

President-elect Biden has suggested the regulation should be “revoked” since it encourages the spread of falsehoods, and several of the Democratic senators at the latest hearing followed his lead.

Republicans also voiced concern of their own.

They said the social media companies were taking editorial decisions about what to take down, label or leave unaltered.

This, they said, made them publishers rather than just distributors of information, and as a consequence they should not be covered by Section 230 in its current form.

“Federal law gave you the ability to stand up and grow without being hit by lawsuits,” said Republican Senator Blackburn.

“You have used this power to run amok.”

Republican Senator Lindsey Graham, chairman of the Senate Judiciary Committee, added: “When you have companies that have the power of governments, have more power than traditional media outlets, something has to give.”

The two tech CEOs began by defending their record over the recent US election.

But Mr Dorsey acknowledged that Twitter’s decision to block links to a controversial New York Post investigation into Joe Biden’s son Hunter had been “wrong”, and that its failure to subsequently restore the newspaper’s own tweets about the article had required a further policy change.

“I hope this… demonstrates our ability to take feedback, admit mistakes and make all changes transparently to the public,” he said

Mr Zuckerberg avoided direct reference to the matter in his opening remarks.

However, he used the opportunity to challenge recent claims by Democrats that Facebook had been slow in removing posts that promoted insurrection and violence.

“We strengthened our enforcement against militias and conspiracy networks like QAnon to prevent them from using our network to organise violence or civil unrest,” Mr Zuckerberg said.

The two tech leaders were then both challenged over some of their recent decisions.

The Democratic Senator Richard Blumenthal wanted to know why Facebook had not banned Steve Bannon.

President Trump’s former top advisor recently called for the beheadings of disease expert Dr Anthony Fauci and the FBI director Christopher Wray in a video he posted to both Twitter and Facebook.

Mr Zuckerberg said Mr Bannon “did violate our policies” but had not clocked up enough strikes to permanently lose access.

And when the senator called for a rethink, Mr Zuckerberg responded: “That’s not what our policies would suggest we should do.”

Mr Zuckerberg went on to dispute reports that Facebook had forgiven infractions by both of Donald Trump’s sons and the news site Breitbart, among others, in order to avoid accusations of bias from conservatives.

“Those reports mischaracterise the actions that we’ve taken,” he said.

The Democratic Senator Dianne Feinstein followed up with questions to both executives over their responses to President Trump’s posts about election fraud, which lacked factual basis.

She asked Twitter’s chief whether he thought adding labels but allowing the tweets to remain visible went far enough.

Mr Dorsey responded that he believed providing “context” and “connecting people to the larger conversation” was the right path to follow.

Senator Feinstein went on to ask Mr Zuckerberg if he felt enough had been done to prevent people delegitimising the election’s result.

She noted that hashtags for Steal The Vote and Voter Fraud had garnered more than 300,000 interactions on Facebook’s platforms in the hours after Mr Trump falsely declared victory.

“I believe we have taken some very significant steps in this area,” Mr Zuckerberg responded, pointing to information it had placed at the top of the screens of US-based Facebook and Instagram users.

“I think that we really went quite far in terms of helping to distribute reliable and accurate information about the results.”

The Republican Senator Ted Cruz took a different tack, asking why Twitter was “putting purported warnings on virtually any statement about voter fraud”.

When Mr Dorsey repeated his earlier point about linking people to conversations, Mr Cruz pushed back.

“No you’re not. You’re putting up a page that says ‘voter fraud of any kind is exceedingly rare in the United States’. That’s not linking to a broader conversation. That’s taking a disputed policy position.”

Mr Cruz added that Twitter had the right to take such a position, but only if it accepted it was a publisher and gave up Section 230’s protections.

And he challenged both firms to disclose how many times they had blocked Republican and Democratic candidates for office in the 2016, 2018 and 2020 elections to reveal any discrepancy.

Neither tech chief would give a firm commitment to do so.

Republican Senator Joni Ernst later asked what the two tech leaders were doing to monitor the political views of their staff.

Both of the chief executives said this would be hard to do, but they suggested one consequence of the Covid-19 pandemic was they would have more people working from home in the long-term, which in turn should entail greater diversity among their workforce.

This was a far more considered hearing.

When senators last grilled Dorsey and Zuckerberg, the politicians were in full campaigning mode and it was a bit of a mess.

The tone today was far more relaxed, and we’ve learnt more because of that.

Dorsey talked of the “impossible” situation Twitter was in – being accused of overly-censoring by Republicans and not doing enough by Democrats.

Both companies said they wanted there to be more transparency, particularly around the way they moderate their platforms.

Twitter was in particular in the crosshairs of Republicans, especially around its policy of adding flags to President Trump’s tweets.

Facebook was more a target of Democrats, who wanted to know why, for example, it had not permanently suspended Steve Bannon.

Both tech leaders accepted that Section 230 needs to be revisited.

And it seems inevitable this law will be reformed. So the debate will now turn to what replaces it.

Republican Senator Joshua Hawley said his office had been contacted by a Facebook whistle-blower and told of an internal tool called Centra.

This, the politician claimed, was used to track people’s use of the wider internet as well as to monitor them logging into different Facebook accounts even if registered with different names.

“I’m not familiar with it,” said Mr Zuckerberg.

Mr Hawley expressed his frustration with this response, saying: “It’s always amazing to me… how many people before this committee suddenly develop amnesia.”

Meanwhile, the Republican Senator Michael Lee brought up Twitter’s suspension of an account belonging to Mark Morgan, the commissioner of US Customs and Border Protection.

The action was taken after Mr Morgan tweeted that the wall on the border with Mexico had helped stop “gang members, murderers, sexual predators and drugs from entering our country”.

“What exactly is hateful about [that]?” asked Senator Lee.

Mr Dorsey acknowledged that the action had been taken in error.

“There was a mistake and it was due to the fact that we had heightened awareness around government accounts,” he explained.

Senator Lindsey Graham also questioned both men about whether their organisations had any evidence of their platforms being addictive.

“From what I’ve seen so far, it’s inconclusive, and most of the research suggests that the vast majority of people do not perceive or experience these services as addictive [but] there should be controls given to people to help them manage their experience better,” said Mr Zuckerberg.

Mr Dorsey said: “Like anything else, these tools can be addictive and we should be aware of that, acknowledge it and make sure that we are making our customers aware of better patterns of usage.”

Vice-President elect Kamala Harris is a member of the Senate Judiciary Committee but did not take part in the hearing.

After an incredible and volatile year where stocks crashed before recovering, many analysts are now very optimistic that the S&P500 will hit more records next year.

Some are even suggesting that it could hit 4,500 as early as next year, and others expecting Asia-Pacific stocks to rise by 18% next year.

Are these predictions too cautious or about right? That will be the topic of my article below. 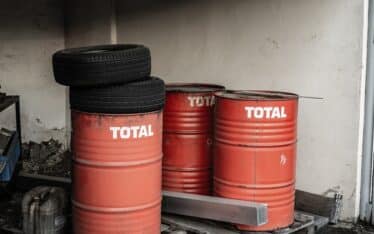 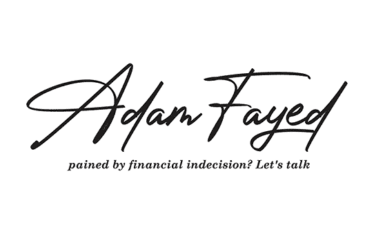 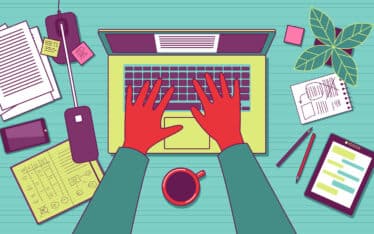