Coronavirus and the stock market 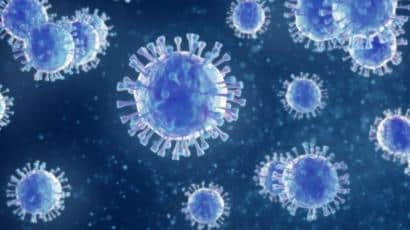 This article will look at the Coronavirus and and answer a simple question: how likely is it to affect stock markets?

Firstly let’s look at some facts

To put this virus in perspective, let’s not forget that:

In comparison, this virus has yet to kill even 1,000 people. The chances of you being killed by this virus, are statistically less than being hit by a coconut falling from a tree!

That doesn’t mean that risks don’t exist. The economic effects of this virus could be very deep, short-term in the next few months, but nobody knows that for sure.

Why do we worry about statistically unlikely events?

Many people worry about flying, when it is the safest form of transport. Countless others worry about terrorism as well, despite very low death counts globally.

Plenty of people worry about losing money in the stock market. This is even if they are long-term investors, and therefore have a very low statistically chance of losing money, compared to losing to inflation which is an almost certain result in most countries these days due to 0% interest rates. Why?

I am no psychologist but partly the media is surely to blame. Every time there is a huge terrorist attack or outbreak, they fail to put things into a wider perspective.

During 9/11, there was wall to wall coverage:

Few people mentioned that it wouldn’t have much of a long-term economic and stock market aftereffect, even if there was short-term distribution.

Few people are reminded about how quickly previous scare stories die down – including Mad Cow Disease and other events.

What is the risk to the market?

Short-term – Historically, markets have gone up, and down, during periods of virus outbreaks.

Markets have often gone up during these kinds of periods. They went up by 21% on Sars, 40% during Swine Flu and 13% on the Cholera outbreak.

However, they went down -3% during the HIV and AIDS epidemic and 3.5% on Ebola, before subsequently recovering.

The same thing applies to terrorist attacks, impeachments and other events. Markets have gone up during some of these events, and gone down during other similar events.

So market reactions to news can’t be predicted. We have seen this during the last week.

The US Nasdaq hit another record high yesterday, and the S&P500 and Dow Jones increased.

In comparison, the Shanghai Stock Market fell by over 8%…..but US firms are still quite reliant on Chinese and global GDP growth.

Long-term – It is exceptionally unlikely the virus will affect markets long-term. It took markets just 3 years to recover from 2008. Few think this could be as serious.

Moreover, believe it or not, stocks have risen even during recessions before.

There is a no-existent link between GDP growth and stock markets as China’s underperforming stock market has shown in recent decades.

I am not saying there aren’t risks. One risk is that the Chinese authorities aren’t being honest about the death toll and indeed economic numbers.

There are already reports from doctors suggesting those infected is 10x higher than the real figures.

However, until deaths outside China reach proportions greater than the common flu, I wouldn’t worry just yet.

I am also not implying that markets might not fall. They might fall hard, rise to records, or stagnant. They can’t be predicted and that’s the point.

As per the quote below, we usually worry about things that never come to pass: