In this podcast I discuss three articles that I was reading today:

The £5.9 billion investment option, which is used as a default by some U.K. multiemployer defined contribution plans known as master trusts, will extend ESG exposure to more than half of its assets, up from 14% that has been invested the BlackRock ACS World ESG Equity Tracker Fund, a developed market equity fund.

BlackRock will increase LifePath’s exposure to the fund until a maximum permitted allocation of the fund is reached at 35%, the spokeswoman said. LifePath assets will then be invested in a new fund tracking the MSCI World ESG Screened index until optimal exposure is reached.

BlackRock also intends to expand ESG integration into other asset classes. Corporate bonds are next to be reviewed, and the firm plans to re-assess real estate investment trusts emerging markets and global small-cap equity allocations in future research, a spokeswoman said.

“The changes we are making to the LifePath strategy reflect our commitment to deliver sustainable long-term returns on behalf of pension savers, as they set money aside and invest for their financial future. As pension scheme trustees increasingly look for ways to further incorporate ESG investments into their schemes, this strategy enables them to balance the risk and return of their portfolios, while fulfilling their regulatory obligations,” Sarah Melvin, head of U.K. at BlackRock, said in a news release.

LifePath is the principal default option of the £1.6 billion Aegon Master Trust. “As our master trust default fund, LifePath is a critical solution for current and future Aegon scheme members and we are committed to satisfying their increasing interest in responsible investing. I’m delighted that this change addresses this growing customer need,” Tim Orton, managing director for investment solutions at Aegon U.K., said in the release.

2. A surprise spate of bond defaults by state-owned Chinese firms is spooking investors

As the bleeding continues pointing to signs of more bond defaults ahead, observers are debating the questions of why more state-owned enterprises (SOEs) are being left in the cold this time compared to the past two decades and what segments of the market, if any, will the government choose to support.

Other high-profile debt defaults followed suit this week, including government-backed chipmaker Tsinghua Unigroup, which missed payment after failing to extend its deadline for repayment, and another default by state-owned Huachen Automotive Group — a Chinese joint venture partner of BMW. Last month, one of China’s largest property developers China Evergrande also came under the spotlight for reportedly having cash crunch issues.

“The [Yongcheng] default triggered investor concerns about the entire corporate bond market, because it breaks the long-held assumption about an implicit government guarantee for SOE bonds,” ANZ Research’s China Markets Economist Zhaopeng Xing wrote in a note on Thursday. The first-time default rate for SOEs are well below 1% currently, as compared to the 9% default rate by private enterprises, according to ANZ’s data.

Defaults by government-supported firms in China were rare before recent times. Late last December, the case of a dollar-bond default by commodity trader Tewoo Group was the first in two decades.

These defaults are coming even as many asset managers, bullish on Chinese debt, have been pushing calls on investments into Chinese bonds this year. They offer a very attractive proposition for investors with their yields — far higher than U.S. or European yields — in a world where it’s increasingly hard to come by.

So far this year, investors have lapped them up. Foreign inflows into onshore Chinese bonds via funds shot up to a year-high of $21.43 billion in March, compared to $9.5 billion at the end of last year, according to Refinitiv data. The iShares Barclays USD Asia High Yield Bond is up over 31% since a low in March.

Here’s what analysts think are some factors playing into the recent spate of defaults involving Chinese state-owned enterprises.

Recovery from the pandemic

The Chinese government may be more willing to accept defaults as the economy recovers from the pandemic – coupled with its desire to reduce debt in the economy, says S&P Global Ratings in a note on Tuesday.

“More defaults are coming as Chinese authorities refocus on deleveraging of SOEs now that the worst of the pandemic has passed,” said Chang Li, China country specialist at S&P Global Ratings.

“In our view the sell-offs, which were sharper for domestic than overseas bonds, reflect the potential willingness to allow even large SOE to default,” the note added.

S&P flagged the example of state-owned miner Yongcheng Coal and Electricity — which missed its bond payment that was due on Nov. 10. It could lead to a cross default by its parent company Henan Energy and Chemical Industry, one of the largest state-owned firms in Henan province, it said. Together, that puts 50 billion yuan ($7.6 billion) at risk of default, according to the ratings firm.

S&P pointed to the “seemingly abrupt removal of government support” in the case of the coal miner. Just a month before it defaulted, the ratings firm said Yongcheng was believed to be swapping loss-making chemical businesses for profitable coal businesses. Additionally, it had just issued a 1 billion yuan medium-term note in October.

Those actions together had been taken as “signs of government support,” according to S&P.

“In our view, [Yongcheng]’s missed payment surprised the market because it indicated the local government’s attitude to provide support had reversed within just one month,” said Li. “The market may see this as a signal that the SOE deleveraging and reform will accelerate as the economy recovers from the pandemic.”

Opportunity to weed out the bad?

The Chinese government has been allowing some of the companies “with very weak credit matrixes to go under without a rescue,” said Tan Min Lan, Asia Pacific head of chief investment office at UBS Global Wealth Management.

But that’s actually a positive, she said, suggesting it allowed for some “differentiation” in the Chinese market between stronger and weaker firms.

“We’ve been saying for some time now that increasing credit differentiation actually is a positive for the long-term development of the Chinese market. Now if you just unwind 2 years back, there’s completely no differentiation because there’s no defaults,” she told CNBC’s “Squawk Box Asia” on Wednesday.

The coronavirus pandemic has strained public resources as the government embarked on stimulus to support businesses amid the fallout.

The impact is probably making itself felt now.

“The pandemic and increasingly stringent regulations from central authorities could restrain local governments’ power to coordinate financial resources, and even the willingness to provide support,” S&P Global Ratings said.

Millions of public sector workers face a pay freeze in next week’s Spending Review, the BBC has learned.

It comes as Chancellor Rishi Sunak makes the case for pay restraint to reflect a fall in private sector earnings this year.

The Treasury is trying to bolster public finances after a huge rise in spending to fight coronavirus.

It declined to comment but pointed to language used by Mr Sunak in a letter about the Spending Review in July.

The letter outlined that in the “interest of fairness we must exercise restraint in future public sector pay awards, ensuring that across this year and the spending review period, public sector pay levels retain parity with the private sector”.

The Treasury has also taken interest in a report by the Centre for Policy Studies that suggested a three-year freeze could save £23bn by 2023, or £15bn if NHS workers were exempt.

Any gap would have further widened in a year that has seen falls in private earnings during pandemic shutdowns, while public sector wages have been maintained.

The chancellor’s wish to maintain “parity” indicates that a freeze or cap on pay levels in the coming years will be justified as a response to the divergence.

The pay of some 5.5 million public sector workers could be affected, with just under half that number having pay deals set by pay review bodies.

It is expected that NHS workers would be exempt from a freeze, to reflect efforts during the pandemic.

But most of those affected include key workers lauded for their service during the pandemic, from the armed forces and police, to teachers and civil servants.

In July, almost 900,000 public sector workers were given an above-inflation pay rise – including doctors and teachers – because of their “vital contribution” during the pandemic.

But there were complaints that many workers missed out, and unions plan to campaign against the new pay freeze.

Unison general secretary Dave Prentis said: “Reports of pay restraint for all but frontline NHS staff would be a cruel body blow to other health, care and public service employees working tirelessly to get us through the pandemic. It would also backfire badly with the public.

“The government must do what’s right next week and announce the wage rise all staff have more than earned. Anything less risks destroying morale when the entire country is counting on them.”

The savings on pay come as government borrowing stands near a peacetime record and the national debt is worth more than the size of the economy.

UK government borrowing hit £36.1bn in September – £28.4bn more than last year and the third highest in any month since records began in 1993. Meanwhile public debt rose further above the £2tn mark, to £2.06tn.

Fiscal watchdog the Office for Budget Responsibility will also publish its first full assessment since March of the economic and fiscal impact of the pandemic.

In this article below I discuss;

Click on the link below in order to read now! 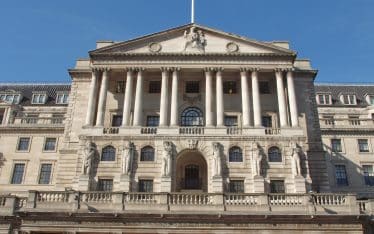 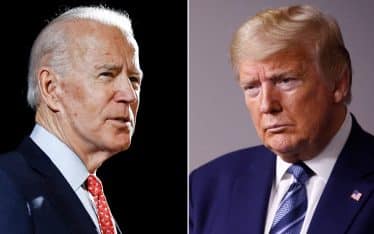