The UAE government recently unveiled the Golden Pension Scheme for expats in UAE. What is it and what are it’s benefits?

In terms of openness, the United Arab Emirates (UAE) is maintaining its pace. In addition to the expat unemployment insurance program, the government recently unveiled the “Golden Pension Scheme,” a retirement savings program for foreign employees.

The Golden Pension Scheme for expats in UAE is anticipated to support employers in meeting their financial obligations at the end of employment as well as assist employees in filling the gap in their retirement savings.

The second-largest economy in the Arab world, the UAE, has recently implemented a number of economic, legal, and social reforms to improve its business climate, boost foreign direct investment, draw in skilled workers, and offer incentives to businesses looking to establish or expand their operations.

The current end-of-service gratuity program, to which employed residents are entitled after working for a company for at least 12 months, is also being energized by these initiatives.

What is a pension plan?

A pension plan is a benefit where employers make regular contributions to a managed retirement fund on behalf of the employee. The sum is determined by a portion of the employee’s salary. Additionally, workers have the option of making voluntary contributions and drawing from the fund once they retire.

What is the Golden Pension Scheme for Expats in UAE?

It’s undoubtedly a wise decision for many to work in the United Arab Emirates. However, what about retirement?

However, little is known about the nation’s retirement pension system, despite the fact that it is one of the most alluring locations in the world for foreign professionals.

What about foreign workers who are already residing and working there and intend to do so for an extended period of time? What is their retirement process like? This seems to be the case, according to the Golden Pension Scheme.

The Investment Corporation of Dubai, a state-owned fund, is the one who came up with the plan. The Golden Pension Scheme is derived from National Bonds, a savings company that the fund owns. The savings company in fact offers straightforward, low-risk investment plans to employees.

In essence, the Golden Pension Scheme was established as a retirement savings plan for foreign workers working in the nation. In contrast to their employer, employees do not need to directly join.

A company must first register with the National Bonds before the plan can be implemented. They then forward a list of staff members who are interested in making an investment.

This indicates that the fund collaborates with both the company and its employees as stakeholders. They can all invest separately, though. Employees are actually encouraged to contribute as little as 100 UAE dirhams per month off of their base pay.

Furthermore, they have the right to withdraw their contributions whenever they want. Additionally, they can use an application to view real-time progress on their retirement savings.

Companies may invest all or a portion of an employee’s end-of-service benefits in the fund during this time.

What are the benefits of the Golden Pension Scheme for Expats in UAE?

Many expatriates have experienced financial hardship since the global health crisis.

Despite being delighted to work in the United Arab Emirates and enjoy all the benefits the country has to offer, COVID has brought attention to an imbalance where expats felt that little or nothing was being done to prepare them for retirement and the end of their careers.

A survey conducted last April revealed that almost half of the foreign residents in the UAE did not participate in any retirement plans.

The main goal of the Golden Pension Scheme is to give expatriates a straightforward and convenient way to save money for the future. They can continue their careers while also planning their retirement.

The program benefits from oversight by the government and involvement by businesses, a combination that aims to guarantee a safe environment that respects the rights of foreign workers.

It also sends a fresh message to foreign professionals looking to establish careers in Dubai. In fact, the UAE no longer wants to be associated with being a purely commercial nation. The nation wants to enhance its reputation as a place where people can live, work, and retire in total tranquillity.

The Golden Pension Scheme is a component of Dubai 2030, the government’s plan to transform Dubai and the entire UAE into a key location for sustainable development and innovation.

How does the Golden Pension Scheme for Expats in UAE work?

Companies can enroll in the National Bonds Golden Pension scheme by investing all or a portion of the end-of-service benefits that have accumulated over the years for their employees.

The flexibility of the pension scheme allows employees to make contributions starting at Dh100 ($27.22) per month.

Employers must open individual accounts for each employee under the pension plan, and the funds will be distributed proportionally.

All foreign workers in the UAE are qualified for the defined end-of-service benefit known as the gratuity system after serving for at least a year.

The amount of a gratuity is determined by an employee’s length of service and base salary and is covered by UAE labor law.

Does the United Arab Emirates have a pension system?

According to the UAE government, Emiratis who work in both the public and private sectors are qualified for pensions and other retirement benefits once they turn 49 or have worked for a minimum of 20 years.

In the UAE, organizations like the Abu Dhabi Pension Fund, the Sharjah Social Security Fund, and the General Pensions and Social Security Authority are in charge of managing Emirati pensions.

What investments will be made with the funds from the Golden Pension Scheme for Expats in UAE?

According to Mohammed Al Ali, the chief executive of the saving scheme provider, National Bonds will invest employees’ end-of-service benefits in the money markets, including sukuks, bank deposits, and the company’s income-producing real estate portfolio.

The company’s strategy for this kind of investment will be low- to medium-risk.

Who is eligible for the Golden Pension Scheme for Expats in UAE?

The Golden Pension program is designed for foreign employees who want to save and invest their money for their golden years in a straightforward and low-risk environment. In the UAE, the retirement age for all private sector workers is 65.

Prior to the implementation of workplace savings programs for foreign employees, pension plans in the UAE were typically either made available to sophisticated investors by asset management firms, or they took the form of complex, pricey insurance savings products with steep early redemption penalties.

How does the Golden Pension Scheme for Expats in UAE benefit employees?

Because their end-of-service benefits are invested in assets like real estate and money markets, which enable their savings to grow, employees are able to close the savings gap and better plan for their retirement needs.

Do employees have any say in how their gratuities are invested?

Through their individual accounts on the mobile app for National Bonds, employees can keep an eye on their pension savings in real time. Access the National Bonds website here.

When their employer permits it, they can take a portion of their pension savings from the end-of-service account. Their individual contributions, however, are always refundable.

How does the Golden Pension Scheme for Expats in UAE benefit employers?

According to a survey by advisory firm Willis Towers Watson, the majority of employers in the UAE and the rest of the Middle East pay their end-of-service liabilities to departing employees out of working capital.

The Golden Pension program aims to aid businesses in their efforts to keep employees by assisting them in planning their end-of-service financial obligations rather than paying them out of the company’s cash flow when the benefits become due.

How many people have enrolled in Golden Pension Scheme for Expats in UAE so far?

The National Bonds pension plan has already received a subscription from a Dubai-based business with 9,000 employees.

For each of its 9,000 employees, it opened a separate customer account and proportionately distributed the accumulated end-of-service benefits among these accounts.

Does the UAE government provide pension benefits to foreign employees?

They will automatically be enrolled in the savings plan, and the employer will contribute the full end-of-service gratuity starting on the day they join, minus any financial obligations for prior years of service.

With assistance from the Dubai International Financial Centre, a board of trustees will be in charge of overseeing the Dubai retirement fund program.

Employees will have the option to contribute on their own, and they will have the freedom to withdraw their personal savings whenever they want. At the end of their employment, an employee’s participation in the program will cease.

Do foreign workers in the UAE have access to any other pension plans?

When the DIFC unveiled the DIFC Employee Workplace Savings (Dews) plan in February 2020, it became the first entity in the UAE to overhaul the gratuity system.

In the free zone, employers are required to make a monthly contribution to a trust-run fund equal to either 5.83 percent or 8.33 percent of an employee’s salary, depending on the employee’s length of service. Additionally, employees have the option to make additional voluntary Dews plan contributions.

A workplace savings plan was also introduced by Axa Green Crescent Insurance Company the previous year. For employees with a higher risk tolerance as well as those who prefer to invest in accordance with Islamic principles, the Employee Secure Saver provides a variety of investment options in addition to a Sharia-compliant fund. 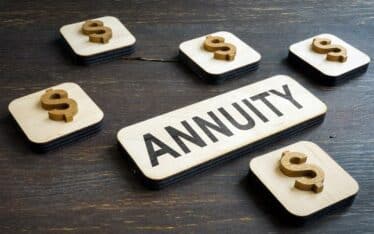 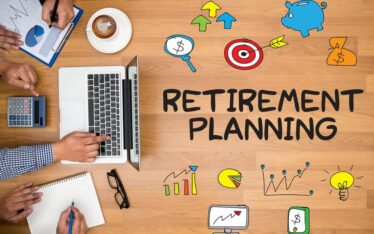