I was asked “how can I accumulate my first million dollars from scratch”. Here is my response.

How can I accumulate my first million dollars from scratch?

Itis quite a broad question, and in reality there are many routes to this.

Firstly, there is luck.

it isn’t good to rely on luck though, nor does it usually work out for people to make decisions about who to marry based on wealth solely.

The above statistics also tend to be true for people who are millionaires as well.

So there are two more routes which are common

Of course, in the real world, people also often combine these two elements.

Many people sensibly diversify from their core business, and still invest privately, regardless of how well things are going.

Covid and lockdowns have once again taught us the importance of managing risk.

In terms of habits to cultivate for either option, I would focus on:

Also, be very persistent and patient. If it was meant to be easy, everybody would do it.

What are some strategies for building wealth that aren’t generally known, even by financially savvy people?

We live in a world of open information now, due to the internet. There are fewer “secrets” than a few decades ago:

So, the money is in the implementation. Many people know strategies, but few execute.

I will give you a health analogy. Almost everybody, and not just doctors, now understand the basics about good health.

Exercise, health food and avoiding some vices. Many know more than the basics.

Yet we aren’t healthier than previous generations as execution has become more difficult due to advertising and other factors influencing our choices.

The same is true in financial and wealth, but to a lessor extent. More people than ever know some basics about wealth creation, like the importance of investing early due to compounded returns, but few implement, even if they can afford to.

In any case, there are some strategies, tactics and knowledge which few are aware of

If you reduce your taxes legally, and also cost of living, it will make a massive difference if you are young or relatively young.

That is because your surplus to invest will skyrocket. Simple example. Let’s say you are a high-income business owner in Australia or the UK. I could have used other countries as examples of course.

Now, if you moved to a lower tax and cost of living country, you would say up to 200k on taxes every year, and reduce your spending to live the same lifestyle in some cases as well.

I personally, in my own network, know plenty of location-independent business owners and digital nomads who have done this.

This has included people earning very little, through to mid-income and high-income people.

Eventually, as this becomes more common now the pandemic has ensured that more people can work remotely, an increasing number of countries might go down the US’ dreaded citizenship-based taxation system.

If that happens, only people who are willing to renounce their citizenship and residency would be able to do this.

Nevertheless, to go back to my original point, even these lessor known strategies are easily found online, for people who search for it.

Below is some of the most expensive cities in the world for rent:

It is a world anyway from some towns and cities, where you can rent a decent place for a few hundred.

The point is that gross income isn’t important. What is important is how much you can save after tax and cost of living.

In some places, you are left with $60,000 net after taxes and not much else after.

$65,000 net of taxes isn’t a lot for a family of four to live on in Central London. It is a lot of money if you are living in some parts of the world.

I was speaking about this to an expat friend of mine. He made 350k a year in Singapore but saved and invested about 35k due to all the distractions and costs.

He saved 70k a year living off 130k in Vietnam a few years ago, having moved from Singapore.

Yet few people are as concerned by the purchasing power parity of their money, as the prestige of earning more.

This is one reason why in many high-tax countries, business owners don’t make much money on paper.

In some countries the name of the game is to reduce your taxable income, and use more for expenses and business expansion.

Another reason is perspective. People tend to judge themselves by the company they keep.

If you are surrounding yourself with people who are earning much more than you, you can feel poor even if you are earning $1M.

Likewise, many people in some parts of the world feel “rich” or at least well off earning 3k a month.

I remember when I lived in China many years ago. In a third tier city, one of my Chinese acquittances thought 10,000RMB a month (about $1.700 a month) was very well-off.

Yet if the same people went to first tier cities or Hong Kong, they often felt poor, because of the cost of living but also the law of comparison.

Now, that was 10 years ago, and things have changed, but the point remains the same.

Finally, you have spending habits. Many studies have shown that people earning between $35,000 and $100,000, are much more likely to spend on luxury items than people earning much more than that.

This is especially the case with consumer goods which are dead money, but it is also the case with purchases of watches and other items.

Take the statistics on Rolex’:

Americans who own Rolex watches 2018, by income | Statista

The keeping up with the Jones’ mentality also can affect the issue you allude too. 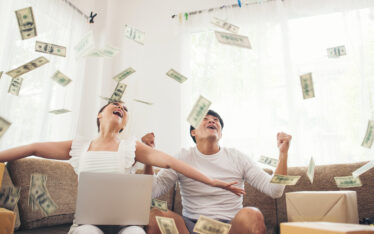 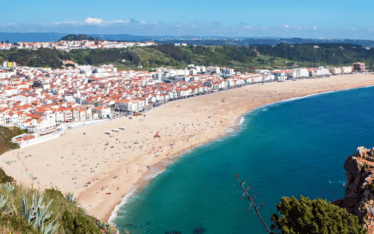 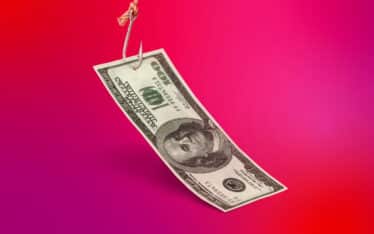