If you had invested $1 million in Amazon stocks in 2000, how much money has it made up to now? 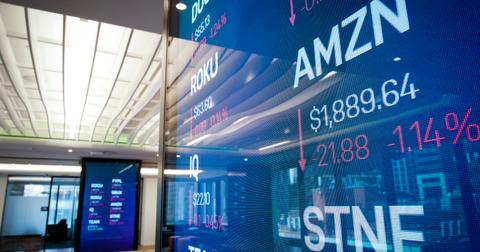 If you had invested $1 million in Amazon stocks in 2000, how much money has it made up to now?

In 2000, Amazon was worth less than Walmart. Fast forward 20 years, and you can see the results:

It would be worth about 65m-70m today, although the price keeps fluctuating though.

Are there any simple ways for investors to avoid unethical businesses, e.g. tobacco, coal, oil and gas, palm oil?

There is. You can either:

There is two issues with this,. Firstly, it some of these funds aren’t as “ethical” as they sound.

Second, where do you draw the line? Most technology firms don’t produce much CO2, but some of the supply chain does.

Likewise, many oil&gas companies are now investing very aggressively in renewables. This is especially the case with Shell and BP.

Moreover, the whole point about buying index funds or index-linked ETFs is that you don’t need to search for the needle, and instead can buy the haystack.

As soon as you try to change that, you need to be prepared to take more risks. A great example of that is many of the ESG funds and ETFs.

They could become the next FAANG, alongside renewable energy ETFs. However, they are much more risky than a broadly-diversified ETF.

This kind of thing is bound to get bigger in the future though, as more investors focus on ethical concerns.

Therefore, I do expect more “index type” funds to be created which tracks the markets whilst weeding out certain firms.

Some of those indexes already exist but it is early days.

Which type of people never get successful in life?

Never say never. It is never too late for many people, even though it gets harder to start all over again after a certain age.

As a generalisation, these types of people struggle to succeed.

I am 25 years old and earn close to 25k per month. What are investment options after spending around 15k per month on necessities?

I don’t know what currency you are paid in, but regardless, you clearly have a decent surplus to invest.

Beyond that, you have one major thing going for you. Time. Time is one of the only free lunches in investing.

It can reduce your risks and increase your gains due to compounding (graphs below).

So, the easiest way to get decent returns is to be long-term in both stocks and bonds.

Reinvest the dividends and increase your allocation to bonds as you get older.

Don’t panic during crashes, and don’t get too excited during the good moments.

If you want a more aggressive strategy you can start your own business, but that has risks of course, and is different to a pure investment.

Will the US dollar hard currency become obsolete in the next 5 years in favor of cashless only transactions?

Do you know that sales of the physical book have been increasing in the UK in the last few years, and a few other countries?

Or that physical post has been rising in some countries in the last ten years?

Or that Western Union, in spite of their silly and high fees, have seen good growth as well:

The ebook, email and digital apps were supposed to be the death knell of these organisations.

In reality, seldom do whole industries go broke like the horse and cart, and firms similar to Kodak.

In reality, there is a place for everything, especially in a world where the global population is climbing, and GDP does tend to go up over time, despite the dips along the way.

I doubt the physical USD will go obsolete, but I do expect more and more digital transactions.

The reasons are that it is more convenient, cleaner (cash is dirty) cheaper and quicker to do things online by app, card and other ways to pay for things.

Some people are concerned by their privacy, however, and even many of those that love doing things online, do like the idea of having cash as a backup.

In any case, businesses and people do need to adapt to changing times.

We are moving more quickly into a world of less human, in-person interaction, and that includes cash transactions.

There might also be some countries that do try to go 100% cashless, but I doubt it will be global anytime soon if ever in our lifetimes. 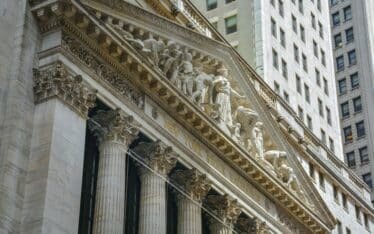