Is home ownership a realistic (or even desirable) option for most Millennials? 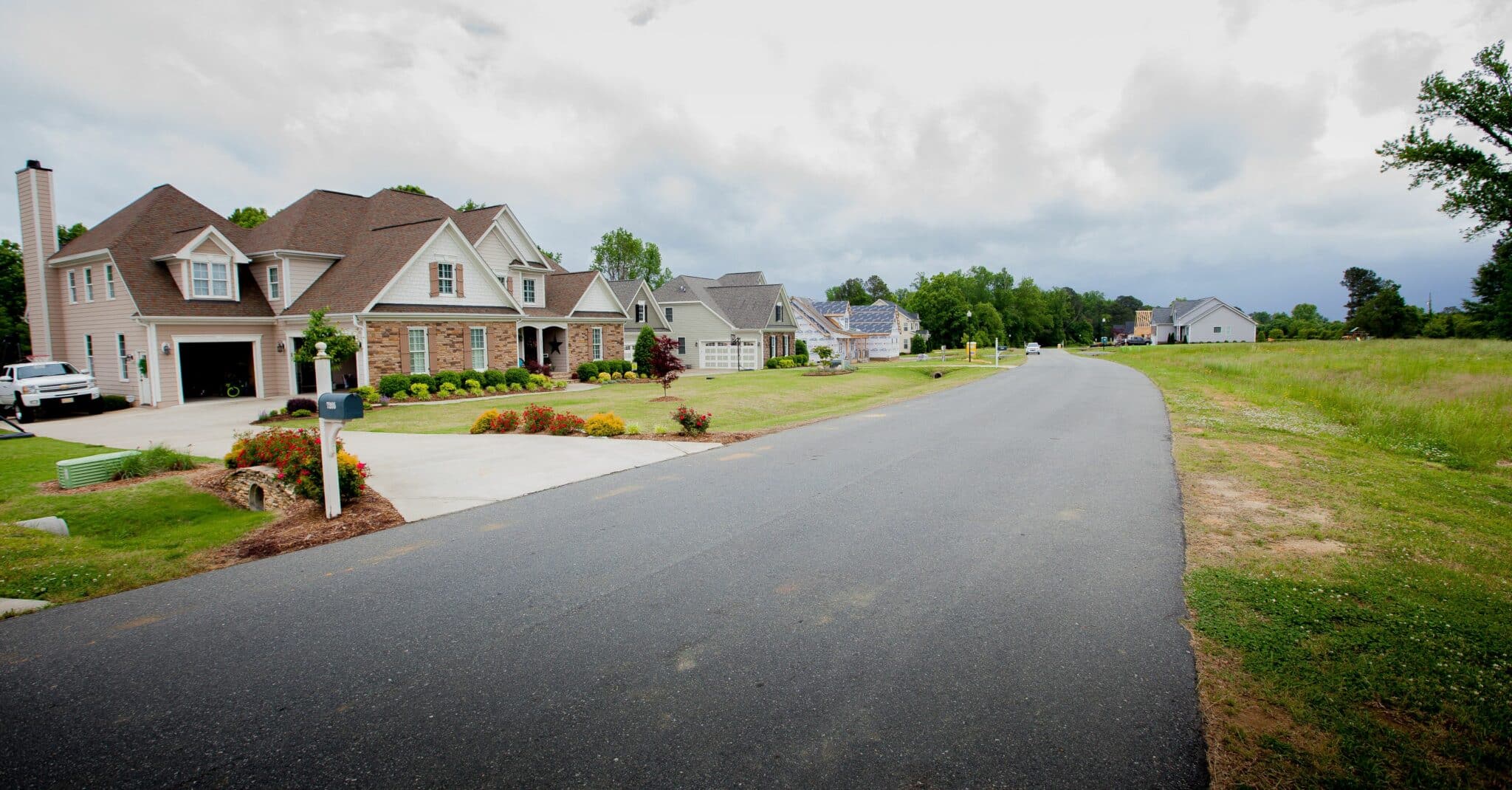 I often write answers on Quora, where I am the most viewed writer for investing, wealth and personal finance, with over 244 million views in the last few years.

Is home ownership a realistic (or even desirable) option for most Millennials?

It depends on the country and city. In some parts of the world, it is unrealistic unless you have parental help or earn a lot

The big cities in the US are a case in point. Most people come out of college/university with $100,000+ of debt.

It is doable perhaps, but not easy, and would need some sacrifices.

In some parts of the world it is worse. In many Asian countries like India, China, Taiwan and Vietnam, the affordability situation is worse.

The only people who can buy have very high incomes and/or parental support.

This website looks at property affordability and rental yields, and shows that buying isn’t realistic for many people, and not just millennials.

However, this directly links to your second question. Whether it is desirable to rent or buy depends on affordability.

If rents are high relative to buying, and housing prices are cheaper and rental yields higher, that implies that buying is desirable.

According to Numbeo Detroit has rental yields of close to 30%, with Lagos not far behind.

This means that even with buying costs, taxes and so on, you should be in a great position if you buy.

These are extreme examples, but there are many cities with rental yields of 5%, 7% or 10%.

In many of those cities buying on mortgage will be cheaper than renting unless interest rates really shoot up.

That means your mortgage costs will almost for sure be higher than renting.

As a result of that investing the difference (from cheaper rents) in the stock market and other investments would make sense.

If your mortgage will be more expensive than renting, the only reason to buy is the hope that property values will increase. That is a speculation, not an investment.

As a final comment, always remember that a primary residence and rental properties aren’t the same thing.

I know some professional real estate investors who rent in a big city (because the rental yields are too low), but have a property portfolio in smaller places where the yields are higher.

Either way renting isn’t “dead money”. It can be cheaper and better in some places.

Should I buy or enter a stock when it’s up, still increasing, or when it’s down?

People say no even when they are worried about markets going down. Yet rationally speaking, you should process new money the same way you process old money.

So if you like the look of a stock, say Amazon or Nio, or an index like the S&P500, you should buy it regardless of whether markets are going up, down or sideways.

It is true that you will make more money if markets are down or stagnant for years.

Let’s give a simple example

Let’s keep this simple and say he invested in a diversified global fund, with a unit price of 100.

That doesn’t mean people should market time and wait for markets to go down.

That often doesn’t work, because many falls aren’t big enough to adjust for 0%-2% bank interest rates in the interim, but the point is, you shouldn’t fear declines or stagnant maskers.

Another example. Brian invests $1,000 a month for 30 years and so does Stephen.

Brian will end up with more money due to compounding. In effect, he bought many units cheaply from years 1–16, then the 11% annual returns from year 16 until 30, compounded his account.

In comparison, Stephen’s 15% early year returns, were 15% of the smaller amount’s.

Yet you hear many people say `I am not sure if I should invest because markets might only produce 5% in the next decade…..`.

You should celebrate buying cheaper unit prices like you would be seeing a huge sale on your favourite food in the supermarket.

But nobody can predict when the years of stagnation will come!

That means it is better to invest today and not care about what markets are doing.

What is the best country to retire to on 600 USD monthly?

There aren’t many places, globally, where you can live a great life for $600 a month, or at least the life you are used to.

You can live like a local and do it on $600 a month. There are plenty of countries where the GDP per capita is 7k a year or less, but you might not be able to get used to it.

The easiest way to achieve what you want is to do things unconventionally.

For example, get creative with your house, especially if you can build it, or live in a camper van and travel around in it.

Perhaps try some places in Eastern Europe, South East Asia or some parts of Latin America.

Not all of the countries in these parts of the world are cheap, but some are.

If you can afford to build your own house, have a van or can buy a house, you might be able to live OK for $600 a month if you remove the fixed cost of rent.

By OK I mean not have to penny pinch on every single item, but you might not be able to get health insurance, or indeed live a fantastic life.

For this reason, many people decide to stay in their home country.

I see the same thing in the UK. Many retirees go overseas, but the ones who come back do so due to the “free” healthcare.

The irony is that despite a country like the UK being relatively high-cost, I have met plenty of pensioners living on little, due to paying off the mortgage and having access to the National Health Service.

Will China become old before it becomes rich?

The simple answer is probably. It looks likely. In fact, even in nominal GDP terms, the US could stay ahead or end up at about the same level.

China is a mid-income country now. Growth rates are set to converge, and this is even if we ignore the fact that many economists think China’s growth is manipulated such as Noble prize winner Paul Krugman, so might be already converging more than publcially acknowledged.

This convergence is happening at a far earlier time than happened in Japan and Korea.

Japan, Korea and Taiwan now grow less quickly than the US, or the same at best over a ten-year period, but that convergence happened at a later stage in its development.

China was growing by up to 15% before 2008, with the US and some of the most successful developed economies able to grow at 4%.

Last year was an extreme year, and this year could be as well. The US might grow as fast as China this year, but that doesn’t mean it will last.

In any case, the general trend is towards coverging growth. China itself wants to double GDP by 2035.

What is also interesting is that China sees this problem (slowing growth), which is one reason why it had its “Made in China 2025” strategy around technology.

Essentially there are only two ways China can avoid complete stagnation in terms of growth by the mid 2030s or 2040s:

It is the later China is trying, and which the US has been attempting to contain.

Personally I think there are three possibilities.

If the less rosy scenarios happen then there could be political change in China.

Ultimately though, nobody can predict the future.

Look at Covid. If I would have predicted two years ago that China would have grown by 2% last year, and the US -3%, with the US maybe set to grow more quickly this year than China, people would have thought I am mad.

If you would have told the world during Mao’s time that China would be like it is today, few would have believed you.

Hardly anybody saw the collapse of the Soviet Union coming as well.

In any case, I doubt China will ever have a very high GDP per capita, which is what your questions alludes too.

The rational person in business and investing, moreover, should be International in perspective but not get distracted by trends.

Was super big in the 2008–2010 period. Fast forward 12 years and three of those economies have grown less quickly than the US and many developed economies, and all the major stock markets haven’t beaten the S&P500.

Adam is an internationally recognised author on financial matters, with over 244 million answers views on Quora.com and a widely sold book on Amazon

The article below focused on the following topics: 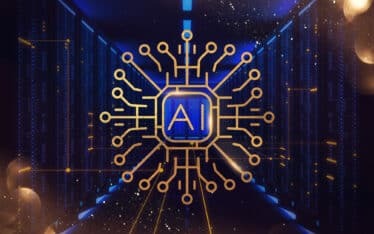 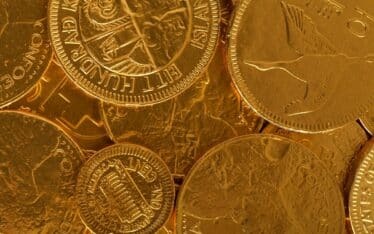 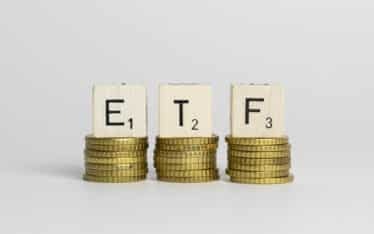