Is it easier to beat the stock market in emerging market countries? I often write on Quora.com, where I am the most viewed writer on financial matters, with over 391.9 million views in recent years.

Is it easier to beat the stock market at emerging countries?

MSCI Emerging Markets was constructed during a time when South Korea, Taiwan, and Hong Kong were emerging markets and China was very poor.

These days, most of the countries in the emerging market index are mid-income or developed:

This is especially the case if you are looking at small and mid-caps in these markets.

1. In developed markets, and most of the countries on MSCI Emerging Markets, institutional investors are dominant.

70%-80% of the money is held by banks, hedge funds, and other institutional investors. Buffett was competing against the milkman and teacher in the 1950s when most stocks were held by individuals. Times have changed.

Therefore, unless there is a panic like in 2008 or 2020, it isn’t easy to find undervalued opportunities, because of all the competition.

If an opportunity was so obviously undervalued, relative to the risk, then most other players would get in as well.

2. “Boots on the ground” and “research from the group up” are less likely to work with large caps in developed markets.

The answer is no because the information is all available to the public, and if you have been given an advantage, that is illegal insider trading.

In comparison, the small caps (especially in frontier markets) are a different thing. There are fewer institutional investors and being on the ground can help, in some regards.

They are also more volatile, which means that you can have inefficiencies in terms of pricing assets, which in human terms just means that some companies become too undervalued versus the fundamentals.

These concepts were explained by a fund manager at my recent client webinar:

However, frontier markets, focused on small and mid-caps, is also risky in some ways.

Therefore, it only makes sense to have a sensible allocation to that kind of thing – maybe 10% of the total portfolio.

This is the same reason why some “professional gamblers” I have met, who come from mathematical and probability backgrounds, bet on smaller football leagues and other similar opportunities.

There is a miss-match in the pricing, unlike for “tier 1” leagues where millions gamble on.

The same concept applies to private investments like private equity. Unless it is your start up, I wouldn’t put a majority of your portfolio in those opportunities, but a small allocation can make sense.

What are the crazy business ideas that actually worked?

Crazy ideas are more likely to work than “normal ones” because you are doing something different from most of your competitors.

Crazy is less likely to work if everybody else tries crazy ideas, in which case, people stop calling it crazy, to begin with.

When I went partially remote in 2014, and fully in 2018, plenty of competitors thought I was crazy.

Now nobody does, but that means it is less profitable for the newcomers or at least will take longer to succeed.

The same applies to any industry. I was listening to the Shark Tank judge, and billionaire, Mark Cuban speak about this recently:

He notes how his most profitable ideas have, almost all, been crazy. If you are crazy, you are ahead of the curve.

Richard Branson has made similar comments:

That doesn’t mean that all crazy ideas are profitable, it just means they are more likely to succeed than normal ideas.

Oftentimes, it is only years later when we learn that the idea wasn’t crazy after all, it was just that most people were too narrow-minded to see the opportunity.

The same is true for stock market investors. Some of the best opportunities are with firms that do things differently.

Certainly, people, even fifteen years ago, would have thought ideas like Instagram were ridiculous, at least at those valuations.

That is one reason the Nasdaq has outperformed in recent decades, despite all the volatility.

Is there something inherently wrong with wealth inequality?

A few days ago a prominent conservative columnist suggested that struggling families should be happy that their house prices might be up by 20k.

Immediately, people (rightly) poked fun at his argument. The biggest reason is unless people downsize or release equity from their houses, this extra 20k is just on paper wealth.

Even if your house goes up by 500k, it won’t make you have a higher income. If the bills are going up, you might have a lower income.

However, the same logic isn’t applied to wealthy people. Many of the people rightly laughing at this commentator’s arguments don’t make the same arguments as wealthier people.

Somebody asked me with a straight face why Elon Musk can’t afford Twitter when the 40+billion is “only” about 17% of his net worth.

They don’t seem to understand that most of Musk’s net worth is fluctuating on a daily basis based on the stock price of his firms.

If his stocks rise by 10% a day, he hasn’t “made” billions only he sells. The same thing is true for declines. Netflix’s stock is down by about 50% from its peak.

Yet those big shareholders haven’t “lost” that money. It is just a decline, not a loss unless they sell.

Yet you see articles like these all the time.

They haven’t made or lost, money in this situation, any more than you have made 20k from your house going up in value.

That is what some people don’t get about a wealth tax. That little old widow, who is sitting in a huge $10m house in London or New York she bought decades ago for a cheaper price, can’t even afford to pay a 1% wealth tax unless she sells the place.

So, a lot of the things written about wealth inequality are misleading. It is that adage about damn lies and statistics.

That isn’t to mention that some of the most equal societies in the world like some Nordic countries, have high wealth inequality, but low-income inequality. 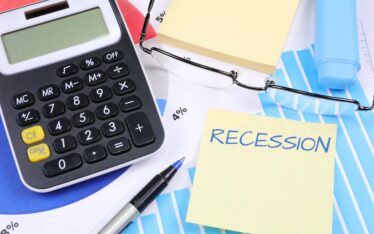 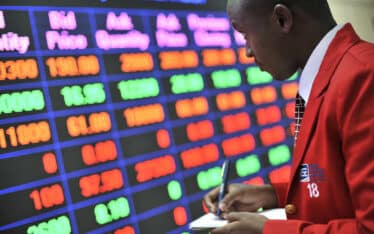 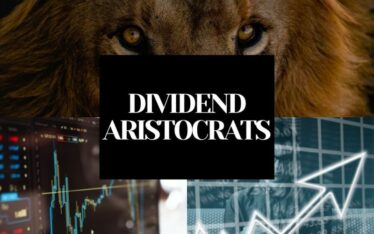