Should I save 80 percent of my income at 25 for avoiding poverty after retirement? 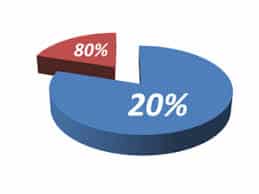 Should I save 80 percent of my income at 25 for avoiding poverty after retirement?

You don’t need to save 80% of your after tax income to avoid poverty in retirement unless:

If you are looking to retire at 60, 65 or 70, you can invest a much smaller percentage of your income.

This chart is a good guide:

With that being said, if you have a very high salary and/or you are living at home, then why not?

Many of the people who achieve early retirement by 40 made sacrifices at a young age.

So, for such people, it isn’t about “poverty” but making a sacrifice for a better long-term life.

Moreover, when the times are good, it does make sense to invest more than the chart shows, because there might be times in your life when you can’t invest anything.

How do rich people go bankrupt yet continue to be multimillionaires?

There are two main reasons for this. To speak about the first reason reminds me of something I watched today involving this man:

The former Arsenal player Nikolaos Bendtner admitted in his recent book that he almost went broke due to vices like gambling, fast cars and women.

I am not sure if he declared bankruptcy, but even if he did, he has got his life back together it seems.

The world is full of previously broke people, some of whom did declare bankruptcy, who have became wealthy again.

In fact, some of the world’s most famous businesspeople, have been bankrupt before, and yet managed to come back.

The second reason is wholly different. I think it refers to your question more directly because I guess you are referring to people who remain wealthy even one day after becoming bankrupt, rather than people who “come back” from this event and get wealthy again.

In this case, it is a reality that in some countries being bankrupt just means that you can’t meet financial obligations.

Therefore, in these legal sometimes you sometimes get to keep your house, car and some other asset.

So, some wealthy people hire smart lawyers, and becoming bankrupt is a strategic decision.

With that being said, few people, if any, set out to become bankrupt on day one. Sometimes it just becomes a necessary evil for some people.

2. You are willing to take a bigger risk. The 4% rule might be safe, but you can get 5%, 8% or even 10% if you are willing to do something like start rental properties in some high-risk markets.

3. Of course, you could invest the money into business ventures. The danger with that is that you might not be retired in reality.

What I would do is have a two stage process:

If not, you might need to make other sacrifices. Examples could mean being very frugal in retirement, or moving to a lower cost of living city in your home country or overseas.

That is one of the reasons you see so many Europeans, Americans and Australians overseas.

It is much easier to make the early retirement figures work if you are living in a cheaper place.

Why do rich people always buy expensive stuff and not cheap stuff?

Well, first of all, it isn’t true. Rich people, if you are defining it as wealthy rather than just high income, don’t “always” buy cheap stuff.

According to Statista, Americans who are earning between $7,000-$8,000/month are more likely to buy Rolexes’ than somebody earning above $10,000.

Yet Rolexes, and watches more generally, are something which some wealthy people buy for a simple reason…..they hold their value.

So, if you spend a fortune on a watch, it will probably at least match inflation. Net, therefore, it might not be costing you anything.

Consumer goods, in comparison, are gone once you spend your money on them. That coffee is gone after you drink it.

Even a new car is worth less the moment you drive it out of the garage. Studies have shown that the average decamillioniare ($10m or above) only spends about 60k-70k on a car.

When I look at my network, there are three types of high-income people:

People in the first two categories get wealthy. The people in the third category just have a high-income and “look rich” in the eyes of society, when in reality some of them are struggling.

I referred to a recent example of this 1–2 days ago, when I told the story about how a former footballer almost went bust due to gambling, fast cars etc – Adam Fayed’s answer to How do rich people go bankrupt yet continue to be multimillionaires?

So, don’t assume somebody is wealthy if they are “looking rich”. Some of them are actually struggling.

Covid has exposed many of them. I have lost count of the number of people I have met in the last six months that are close to broke.

Some of them have so much expensive stuff. They are, in many cases, trying to sell them now!

This quote from Buffett is very appropriate for this situation.

Another reason why most wealthy people don’t need to overspend is the ability to get more free stuff.

Sponsors, clients, your employer and various only people will pay money towards your travel costs or whatever your hobbies are.

As an example, if you are an Instagram influencer, so many people will want to give you free stuff to sell to your network.

Likewise, if you are a business owner that is doing well, you will get invited to countless conventions in 5 star hotels overseas.

I have lost count of the number of invitations I have got for those kinds of events, most of which I refuse for various reasons.

An even more extreme example would be Buffett. People pay over 100k to have lunch with him!

So often times, wealthy people can get things for free, or reduced price, if they leverage their network.

What is the percentage of all businesses that went bankrupt?

It depends on the country and industry. Surveys show as many as 90% of businesses go bust within just five years of starting.

Others are less pessimistic:

The biggest reasons are:

How does the average millionaire make their money?

There isn’t such a thing as an average millionaire. Millionaires can come in all shapes and sizes.

However, if we look at the data, there are some commonalities. I would make a distinction to begin with between:

In developed countries, there are loads of “everyday millionaires”. Teachers, doctors, accountants and engineers.

There are many at the $10m+ level, but loads and loads at the $1m-$5m level. Typically middle-income and middle-aged, all they have done is invest prudently for decades.

An estimated 14% of the world’s millionaires are estimated to be teachers, and in some countries, middle-management are the most likely to be millionaires.

Partially that is because there are more teachers and middle-management compared to more highly paid jobs like sports stars, but another reason is the sums add up to gain millionaire status.

Once we get to the $5m and especially $10m range, we see more inherited wealth, but even more private business people who started their own companies.

When millionaires have been asked what are the most important aspects to wealth creation, things like frugality and smart investing come high up on the list:

In comparison, in many poorer or developed markets, you are more likely to see private business owners who are millionaires.

There are numerous reasons for this. The biggest ones are that you can make just as much money as a private business person in a developed country, but usually salaries are lower for these mid-income jobs like teaching, management and accounting.

As salaries and taxes are usually lower in emerging markets, private business people can accumulate a lot of wealth.

It is much harder to get rich slowly if you are a salary earner in an emerging market, although that is changing these days, as more countries are developing.

Globally, inherited wealth has fallen compared to a few decades, and especially centuries, ago. Now the majority of wealthy people haven’t inherited much money at all.

In conclusion, then, long-term investing and starting your own business increase your chances of becoming a millionaire

What are covid-friendly stocks to buy?

There are two ways around this:

You could buy individual stocks in healthcare, technology or any other industry which you feel could benefit.

The problem you will face is:

I would stick to a simple strategy. Keep to ETFs and lower risk investments with the majority of your portfolio.

If you have the gambling urge, which many people do deep down, and like the excitement of individual positions, then do that with 10% of your portfolio.

In that case, even if the worst happens, it won’t matter.

Is investing in anything related to China bad?

Businesses in China can do very well, go bust or just do OK. That is the same everywhere in the world.

What is different about China, perhaps, is the scale of the opportunity and risks. China has a 1.4billion population and a huge economy.

That is an opportunity. Only India can come close to China’s population. Yet as a one party state run by the CCP, there are many risks.

There are laws, but there is no such thing as the rule of law. The government also favours local firms.

China’s stock market did well from 2000 until 2006, but has since been one of the worst performing stock markets in the world.

You can see the trend in the last 10 years alone:

If we extended this graph to 2006-present, it would look even worse for the Shanghai Composite.

Some of the main reasons for this has been:

With that being said, China’s stock market does look undervalued now. It has trading at just over half of its 2006 value.

Every dog has its day in investing. Just as China’s market outperformed from 2000 until 2006, it will surely have another period of over-performance some day.

It has done pretty well in 2020 so far, with only the Nasdaq doing much better than it.

It isn’t a bad idea, therefore, to have a 10% allocation to China. You can get it indirectly through MSCI World and MSCI Emerging Markets.

Anything else is a risk though, for the reasons alluded to. 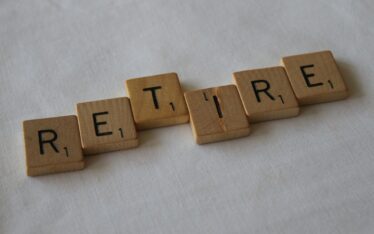 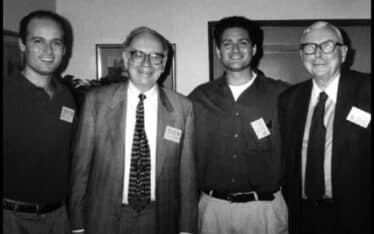