Should you buy index funds at all-time highs?

Should you buy index funds at all-time highs?

Here are the recent closing milestones of the S&P500

I will add another trend. Markets hit record highs a lot……but not as much as people predict a crash.

If you were going to include those dates you would need to start at today and literally include every date in the last two hundred years.

People have always predicted doom and gloom. The only difference today is the internet has made it easier to find such information.

It also has to be remembered with the above dates that I only picked one time period, but if I was to extend it to 1980–2000, the number of record highs would have been huge as well.

The bottom line is nobody can time markets, and they are likely to go up long-term.

The two quotes below are very true in regard to market timing:

Therefore, putting money in today always makes sense. I remember I spoke to a guy who bought the S&P500 at 200 when it was at a record high.

It is now at about 4,000, but he admitted to me that he wouldn’t have bought it if he had known it was trading at a record.

Just buy at regular intervals and forget about it, be diversified and long -term, and you will do fine.

The key word is long-term. I have met loads of people who have done it short-term and even over 10 years, but not over a lifetime.

Let’s put this another way. If you ask somebody who is worried about markets being at record highs “would you sell out today then if you had invested in 1980 or 1990”?

Almost all say no, I wouldn’t’t sell out, I would just be worried about adding loads of fresh money.

Yet logically speaking, that doesn’t make sense. Therefore, usually people who are worried about markets hitting record highs are just emotional and fearful.

That is the same reason so many people panic sell during crisis such as stock market crashes.

The idea that you should be obsessed with today’s valuations isn’t the case if you can have a long-term investment horizon.

Nobody who bought in February 2020, just before markets fell 50%, lost out.

What are some techniques to manage risk?

It depends on which domain. I will focus on the financial and business domain.

First, be careful about “ruin risks”, risks which can completely ruin yourself, portfolio or business.

This sounds obvious, but most people fail to take account of black swan events – highly improbable but highly destructive ones.

We have seen that during Covid-19. Few in the hospitality sector and beyond modelled how they would deal with such a crisis.

Even fewer people considered how they would pay the bills if there was a lockdown, economic depression or any other unexpected event.

The figures below are incredible:

Now sure, some of these people couldn’t afford to save I am sure, and others maybe have investments rather than savings, but the point still holds.

Partially linked to ruin risk is not having all your eggs in one basket through diversification.

If you have a business, you want to have clients globally, or at least in a few countries.

Just ask the business owners who have been affected by political uprisings (Tunisia and Egypt in 2011 as two examples) military coups (Thailand in 2014 and Burma in 2021) and hyperinflation (Zimbabwe and Venezuela in recent times).

The same thing applies to a portfolio. You don’t want 100% in one asset class, unless that asset class is itself very diversified.

Putting 100% in the S&P500 is much less risky than 100% in an individual stock or one property, but it still makes sense to own other asset classes as well such as bonds, even though they don’t pay much.

Then you have time. Often the biggest risk in investing isn’t a market crash but yourself – how you react to those events.

Occasionally bear markets do last quite a few years, even over a decade. Even then though, your chances are good long-term:

Your chances are even better if you own more than one asset class like stocks and bonds:

This isn’t a US-thing either as the below graphs show:

Consistency is also important. If you invest at regular intervals, such as every month, that is less risky than making a one-off lump sum and then never investing one penny or dollar again.

Finally, remember that doing nothing isn’t always less risky than doing something.

Many of the business owners mentioned above did nothing. Many savers have lost big to inflation over the years, and even been wiped out in places like Zimbabwe.

That means focusing on a good risk-adjusted strategy is key. There are always risks regardless of whether you take action or don’t.

Doing nothing is risky even if you have been doing well for years, because the past isn’t always an absolute guide to the future.

It can help, as per the charts above, but unprecedented events like a lockdown can reduce air travel and hospitality business by 70% in a year.

The ironic thing about this is that many successful people stop managing risk well.

Complacency sets in if success has been achieved for over ten years.

What causes some stocks to lose as much as 10% in a single day and then gain it all back the very next day?

There are two main reasons:

Moves up, or down, don’t have to be rational, and based on cash flow, revenue, earnings, p/e ratios etc.

Long-term, however, the cream does come to the crop. If a company is overvalued, or undervalued, eventually the stock will come in line with its appropriate valuation.

Yet it won’t keep going up by many multiples of its p/e ratio forever. Sooner or later, the stock will go up more slowly than its profitability.

I would give the dog and the person analogy:

Your dog can walk ahead or you, or behind you, but eventually you will be dragged into line.

The same is true of stocks in the long-term, but some stocks can remain undervalued or overvalued for up to a decade or more.

The key thing for the long-term investor is to ignore the noise, and keep to a long-term plan which avoids speculation.

Why are the top 10 rich people all white males?

Firstly, they are not. This man, Zhong Shan shan, is estimated to be the world’s sixth richest person:

He is the founder and chairperson of the Nongfu Spring beverage company.

If we go down a bit from the super wealthy to the merely wealthy, we find that there are more millionaires in Tokyo than any other city in the world.

We also find that the average income of white people in the US is also lower than Asians, even though income and wealth isn’t always the same thing of course:

In the UK we see similar trends – “British Indians” and “British Chinese” earn more on average than their white counterparts.

I have put it in inverted commas as they are just British as far as I am concerned.

People shouldn’t get seduced by identity politics in regard to wealth as it implies that:

One thing I can say with 100% certainty is this. I have met countless self-made millionaires in my life.

Not one of them started out with the attitude that their ethnicity or class would hold them back.

They started with the assumption that they could change their situation, even if discrimination does exist.

It reminds me of Covid-19. There were two kinds of people. Firstly, those who said it is unfair, and that certain minorities were more likely to work in hospitality and so on.

Then there were those who saw it as an opportunity to adapt, go into new markets and in some cases make record revenues.

I have spoken to at least half a dozen business owners in the hospitality sector who have produced record revenues in the last 12 months by doing something innovative, even though the core business suffered. 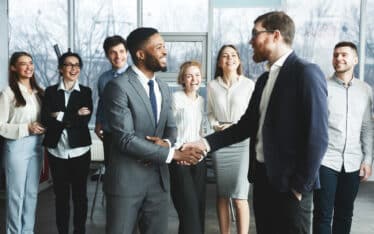 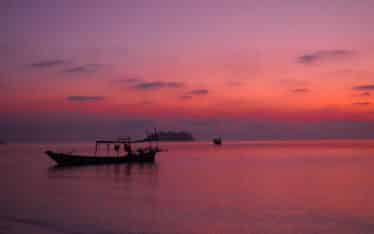 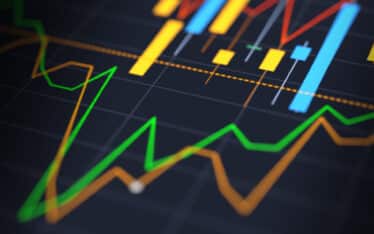