I would firstly like to wish my clients, readers and followers a happy new year.

Don’t forget to read my analysis for Envision Magazine about some of the trends to watch out for in 2021.

Before doing that, it has to be remembered that 2020 was a very strange year.

In this context, it is understandable that my most viewed content was related to the coronavirus, stock markets crashing and the real estate market which has been affected by the pandemic.

I am proud to say that the advice I gave in the worst of the crisis, that this time isn’t different and don’t panic, once again proved to be true.

US and some other stock markets rose by over 10% in 2020, and increased by over 80% from the worst of the lows in March.

How should I invest my money during the coronavirus crisis?

This answer might shock you because it will show why investors during the Great Depression, actually could have made a profit barely a few years later……but more on that below.

Firstly, a good investor should imagine they are controlling a catapult.

You need to load it with “balls”. The more balls you loads into the catapult, the better for your “attack”.

This is what an investor often needs to do. In your working years, you need to fill the catapult with units, and then “fire” (sell) these units in retirement.

The lower markets get, during the virus, means the more units you can “fill up on”.

So take the Vanguard Total Stock Market ETF (VTI) as an example.

In comparison, imagine the price was $62 – about half of what it is now.

In that case you can buy 241 units. So rationally speaking, a young investor should want markets to fall, and somebody approaching retirement should want them to rise, as they will want to be net sellers.

I will give you a simple example of somebody profiting from the Great Depression.

Let’s say somebody bought the Dow Jones in 1929 right at the outset of the biggest financial crisis ever – I know index funds weren’t available in 1929 but stay with me while I illustrate a point.

They would have made an absolute fortune. More than if markets had kept going up in a straight line!

In fact, they would have made about 12x-14x more than they put in, despite all of the deflation of the 1930s.

Why? The markets had a brutal 90% fall from the absolute peak to the absolute bottom and stayed low for years.

So during those years that young investor (or even middle aged person) in the early 1930s, could have “loaded up” his balls for the catapult for a few years.

What about somebody with a lot of money already invested?

You might say, the last example only works because somebody who invested $10,000 a year (inflation adjusted) from 1929 until 1960, only invested during a few “awful years” when they had less invested.

In other words, it wasn’t as if they had 100k invested on day 1. They were only getting started during the worse of the crisis.

So let’s look at another example:

How scary you might say! They invested 100k just before a 90% decline!

So how many years would it have taken their portfolio to recover?

So the account is up substantially within 6–7 years of a Great Depression…..despite having a decent sized lump sum at the beginning!

The reason is simple. Markets might have declined 90% from the very top to the very bottom, but by patiently investing during this down market, this investor has “filled up their catapult with units”.

And that isn’t factoring in:

A more recent example – The Nasdaq

Yet somebody who bought extra units during that period would have gotten even higher than 13% returns for obvious reasons.

So somebody who rebalanced from bonds into the Nasdaq from 2000–2002 and 2008–2010, and monthly invested via their salary, could have made up to 15% per year, by taking advantage of the lower valuations.

I am not implying that people should focus on the Nasdaq over the S&P500.

I am merely saying an investor shouldn’t fear big falls if they rebalance and/or are young enough to deal with the volatility.

So surely an investor should just wait for the right time to get into the markets?

It isn’t that simple. Nobody can predict what will happen to markets, even though they have always historically came back to hit record highs.

So the easiest thing is just to buy index and bond funds. Short-term government bonds went up during the last month, but medium term ones fell.

Don’t try to focus on if your portfolio is going up or down during the crisis.

Focus on what things will look like in 20–30 years or whenever you plan to retire.

Since first writing this question, stock markets have skyrocketed by 80%, yet the point I was making is that you shouldn’t fear a period of falling markets.

What are some good investment apps?

People over-analyze this question sometimes. What’s the best gym in the world or in your area?

I imagine what is more important is your own diet, techniques, how often you go and so on.

Whether to use a personal trainer or not as well, if you are lacking in self-control.

The same for markets.

So the actual platform or app doesn’t matter as much as people think.

You can get two investors, both on the same investment app or platform, that get two completely different results.

Things like the technology and ‘beauty’ of the screen don’t make a difference to returns.

So the “best” investment apps actually help you, indirectly or directly, to do some of the things listed above.

Do you think the economy will boom again once the coronavirus blows over?

The last few months should have taught everybody that predictions are a fool’s game.

Who would have thought on January 1, that even liberal democracies would be closed down?

So I will make a few predictions, on the caveat that they might be completely false!

I could be wrong, though. Let’s see. This is one reason most people struggle to own their own business.

So a rational individual or businessperson shouldn’t worry about the things he or she can’t control.

All that somebody can do is do some rational things. Spend less on discretionary spending for a few months, to build up more capital.

Invest away from cash, but be long-term, not caring about if markets go up or down tomorrow or next week.

Pivot if you have a private business and you aren’t already operating effectively online.

How do people manage to go broke from having a $5M+ net worth?

$200,000 p.a. That is approximately how much income you can have from a $5M portfolio, if you decide to quit work.

Now let’s compare him, to the way that most people think the rich behave……

I also explained my own experience of feeling ‘ashamed’ about taking business class flights and keeping it a ‘secret’ until yesterday at least! –Adam Fayed’s answer to What is the mindset of people who constantly show off in social media like?

This feeling of shame, even though they are one-off luxuries once or twice a year, probably would surprise most people.

What is more interesting is from the consumer side. In other ways, those who ‘show off’ mostly have a following amongst poorer people.

For example, young and impressionable people, who haven’t seen enough of life. The higher up you go up the income scale (and especially wealth scale) the fewer people are impressed by this sort of stuff AND the more they admire modesty and frugality.

I will give you an example. Last year I went back to Shanghai. I reconnected with a few of my old clients — expats in Shanghai.

A number of country managers and expat-CEO types made comments like ‘That is right up my street, Adam!’.

They admired the business model. It made sense to them. They think ‘well less costs = more money in my pocket’.

They know an online business is less likely to go bust compared to a firm with big flashy offices, as cash flow is king.

In comparison, I spoke to one or two people who were much lower income (like teachers and others) who thought things like:

‘He can’t even afford an office’.

The assumption that poorer people sometimes have, is ‘If you don’t have something you can’t afford it’.

Don’t have a flash suit? Can’t afford it. Don’t own property and rents? Can’t afford to buy. Their thinking is, why would anybody who has the means, not want these things after all?

Well it may seem that way to somebody who has never had anything……..

Why shouldn’t you invest in Dubai real estate?

What are the two biggest problems with Degiro?

US Stock Markets have beaten bonds and International ones? So, why not put 100% in the Nasdaq or S&P500?

Why shouldn’t you invest in Japanese real estate? 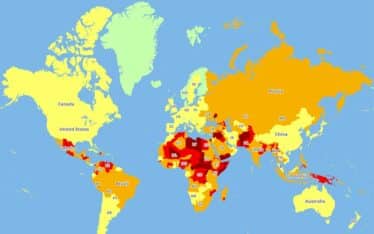 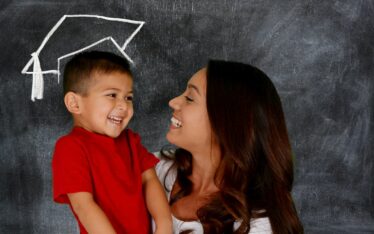 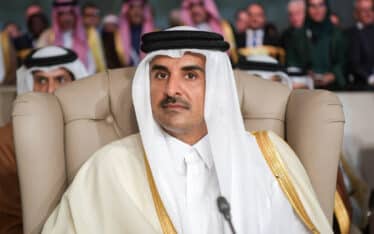