What are average investors supposed to do when the market crashes, as it inevitably will, other than ride it out until the crisis passes? 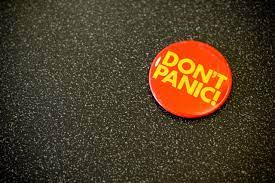 I often write on Quora.com, where I am the most viewed writer on financial matters, with over 303.7 million views in recent years.

What are average investors supposed to do when the market crashes, as it inevitably will, other than ride it out until the crisis passes?

As you rightly say, just waiting it out is a great strategy, as the following stats show:

Beyond that, you can do the following things:

1. Invest more. It doesn’t make sense to hold loads of cash and try to time the stock market, but most of us have a salary or business earnings.

Therefore, there will always be fresh money for many people to invest monthly or yearly.

If markets go down, you should celebrate if they don’t recover for a decade. This is because you are buying at cheaper prices.

Simple example. If you had started investing at the height of the 2000 peak, that was a great time to start investing.

Long-term, you will actually make more money from a period of stagnation, than ever-rising valuations.

If stocks are stagnant for a period of time, they will come back and have another good period eventually.

I will give you one incredible exmaple. If somebody would have invested 100k adjusted for inflation in 1929, and 1k a month thereafter, it would have only taken about six or seven years for the portfolio to recover from the biggest crash in history.

The reason is simple – valuations were low for years before rising – which was an opportunity.

Don’t just focus on capital values. Look at the FTSE100. On paper, capital appreciation has been weak since 2000.

When you factor in dividends, it is a different story:

3. Be diversified to begin with

If you come into a crash with government bonds, your portfolio won’t fall as much.

What is more, you can rebalance from the bonds towards the stocks – essentially selling some bonds and buying cheaper stocks.

Diversification, in some situations, can lower your returns, and volatility isn’t always risk.

Yet it will even out the extremes of the rollercoaster, as per this fidelity research:

Waiting out a crash is as good as any strategy for a young, or relatively young, investor.

When people are close to retirement, the third option is often the way to go.

It is a mistake, in any case, for people to get too emotional about valuations if they don’t need the money for years.

Look at last year. A big fall and then a rebound within months, or 2008, when stocks rebounded after a few years.

Is having a very large population beneficial or harmful for a country?

I have changed my mind on this issue. I used to think it was harmful.

It can be if it goes up too quickly, too soon, like in some places like Bangladesh, where the infrastructure isn’t good enough to deal with the numbers:

Yet look at this another way. Imagine for every one million people born there is somebody who achieves something truly remarkable in business, medicine or any other discipline.

Somebody like a Bill Gates or Steve Jobs. Right place, right time, plus a lot of talent and dedication, leads to extraordinary results:

Now imagine for every 100 million or billion people, there will be one true genius, like an Einstein:

In this context, more people being born will result in an increase in:

Of course, the environment is also key. If somebody like Einstein was born in a one of the poorest places in the world, maybe nobody would know him today.

Hundreds of years ago, we could never have supported all these billions of people, never mind with the current living standards.

The reason we have been able to adapt is due to innovation, and innovative people.

The simple answer is yes. However, I would ask a follow-up question – who wants to open up a bank account in Cambodia apart from locals?

Usually, it is two kinds of people

The first kind of people should open up a bank account in Cambodia.

There is no alternative unless your employer or customers pays you internationally.

If they do, then it makes sense to have two accounts – one in Cambodia and one outside.

For the second group of people, it doesn’t make sense to open a bank account in Cambodia.

The market capitalization of the New York Stock Exchange is about 25.3 trillion U.S. dollars.

The Nasdaq has trillions as well. There are trillions in bank accounts in the US.

Much of this money is global – from China to Canada, to Georgia and Germany.

There aren’t trillions or even billions in Cambodian banks from overseas investors.

If it was such a great idea to get 4%-6.5% in a bank in Cambodia, then Soros, Buffett and all those people involved in the stock markets (and the associated tens of trillions of USD) would be busy opening accounts!

You might be smart but you aren’t smarter than the combined wisdom of the market.

So, I would just use them if you live there. There are far safer ways, locally and internationally, to “escape” zero percent interest rates.

What I am saying above doesn’t just apply to Cambodia, it applies to any country with high USD (or local) interest rates.

Why does it seem that everyone wants to become a millionaire or even a billionaire nowadays?

There could be many reasons why you have met many people like this.

Firstly, it could be your circle. If you come online onto Quora, and read the investing and personal finance sections, you are more likely to meet self-motivated people.

If somebody is reading, or contributing, online, they are more likely to be interested in wealth creation.

There are many people, especially in developed countries, who are quite happy earning a comfortable salary, getting by and taking a holiday or two a year.

Nothing wrong with that. Each to their own. The point is, most of those people won’t be as active online.

Beyond that, there is a good, and bad, reason why more people want to become wealthy.

The good thing is that there is more education. An increasing number of people have heard about things like the everyday millionaires alluded to in books like this:

Most of these people aren’t motivated by a bad kind of greed.

Often they just want the financial, and other, freedoms that come along with wealth.

It is much easier to gain freedom from wealth than merely income.

Income, if you spend all of it, comes and goes. If you convert some income to wealth, it gives you opportunities, such as:

That is the biggest reason many people spend a decade or decades accumulating wealth.

If somebody is more interested in merely making loads of money, doing loads of shallow things and living for today, they usually never reach multi-millionaire status.

It is true, however, that there are also a lot of misleading things online.

There are some online commentary which imply that getting very wealthy can be done quickly and/or easily.

So, unlike the first group of people, there are those people who assume wealth building is a get-rich-quick scheme.

During moments of huge asset price growth, which has happened since the lows of March 2020, you see an increase in this kind of thinking.

It happened too in the 1990s. This latter group of people tends to get enticed by pictures and videos online showing luxury living and get rich quick stories.

Common sense should tell them that considering most people, deep down, want to get wealthy (as your question states) or at least comfortable, then everybody would “get rich” if it required zero sacrifices, time or calculated risks.

Adam is an internationally recognised author on financial matters, with over 303.7 million answers views on Quora.com and a widely sold book on Amazon

What are the risks of having a long-term investment in one industry?
Is being a "digital nomad" a good idea to do for a fresh graduate?
9 Likes