What are the fastest ways to increase your net worth through lifestyle choices? 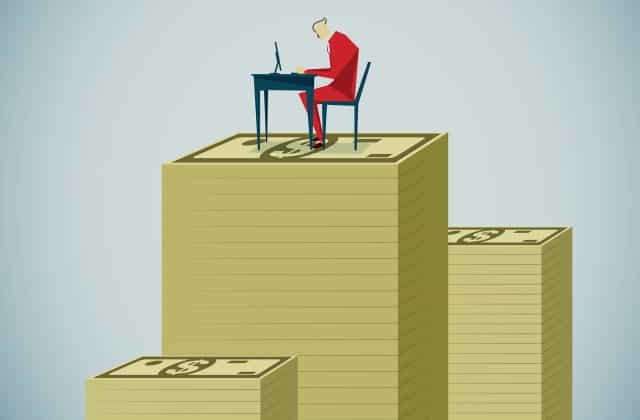 If you want me to answer any questions on Quora or Youtube, don’t hesitate to email me – advice@adamfayed.com

What are the fastest ways to increase your net worth through lifestyle choices?

It depends on what stage you are at in your life. Firstly, if you are at the beginner stage of your wealth journey, there is no fast way to automatically increase your net worth.

That is unless you get married into wealth, inherit it or win the lottery.

Now sure, there are many ways you can increase your chances of net worth if you are at this stage.

What are those ways? The biggest ways are:

But now let’s say you are more established.

What are the options now? Well they are much more wide. Some examples:

Remember though, overnight successes are often 10 years in the making!

So those people that look like they got rich quickly, often failed a lot before the quick turnaround!

What is your review of Marcus by Goldman Sachs?

There are positives and negatives. The biggest negative of all is simple.

Long-term, you can’t beat inflation with a bank account these days.

Now maybe for 1–2 years inflation might be so low that 0.70% is below due to the economic downturn.

However, last year inflation in the UK was running at 2%-3%. That means you were guaranteed to lose 1%-2% to inflation!

Cash is not 0% risk. It not only has inflation risk, but it also has significant currency risk.

The Pound is now trading at around 1.30 against the USD, and has also weakened against the Euro.

In addition to losing against inflation for 13 years, that represents a 40%-70% loss to inflation + currency loses.

The same money put in the US stock markets would have more doubled despite the 2008 and 2020 falls.

There are positives associated with the solution though. The biggest positive is that it is a safe and convenient place to put emergency cash.

In other words, if you aren’t using the accounts as a place to put large amounts of money (investing), and instead you are using it for emergency cash which can be withdrawn in hours/days if something unexpected happens.

It does make sense for everybody to have a minimal amount of cash on hand in case of emergencies.

But 2008 changed everything. Before that point in time, you could at least beat inflation in the bank, if you were terrified of market volatility, even though nobody should be afraid of it because markets have always hit record highs long-term.

Historically, money in the bank has paid inflation +1% or even 2–3%.

Now savings accounts have paid below inflation, in most developed countries, for 12 years.

With the covid situation it seems that rates will remain low for at least another 5 years.

Rates may never go back to 5%-6% anytime in our lifetimes, even though you never know!

Is investing in the stock market for the next 40 years a good idea? Or are we entering a dark age investing-wise?

We can never predict the future with certainty. What we can know are these facts:

7. When one market has a bad period, it eventually improves. Take Japan again. One thing that most people don’t know is that since 2009, it has been one of the best performing stock markets. It has beaten most European ones in that time period after decades in the “darkness”

8. If a stock market does badly for 10 years (like the S&P500 from 2000–2010) that is a great buying opportunity. So stagnating and falling markets are a great opportunity.

9. Nobody can time markets

10. Innovation isn’t standing still. Look at some of the new technologies coming out now:

So given those 10 facts, you would have to be incredibly unlucky not to “win” if you follow the “formula” below:

That bass formula has never failed an investor in the last 200+ years of stock and bond markets being around.

People get into trouble when they go into nieces, like putting 100% of their assets in the Chinese or Japanese markets alone, without holding a bond or international index.

If you hold everything (all the world’s stock and bond markets) forever, you stand a great chance.

Usually, but it depends on how you define “a pile of cash”.

Of course, if somebody inherits $100m at age 56, even a very successful get rich slow investor will probably not beat them!

Your basic point is right though. Compounding, and time, are two of the only free lunches available in investing.

You can have more, for investing, less, by leveraging time. You also reduce your risks by being long-term.

Let’s look at a simple example.

At age 45, he doesn’t invest one more penny, USD or Euro. He just leaves the money sitting there.

He gets 9% per year with dividends reinvested, which is about 1% less than many major stock markets have historically given.

From then on, he left the money sitting there for another 20–25 years.

So by investing just $131,500 early on, he has a bigger investment account than Pete.

Of course we can’t know the future, but historically it has always paid to invest early.

It also means people can have a balance by investing relatively small amounts over a long period of time.

The problem is, many people still assume that you need to be rich to start investing, which just isn’t the case.

One final point I would say though is that many people don’t understand compound interest.

They have read quotes like the one below and think it is amazing:

It is amazing, however, you won’t be able to get a “stable” return.

It is important to not lose heart during those stagnant times, as you are buying markets at cheaper prices.

Should millionaires be considered poor?

In 99% of occasions, of course that isn’t the case. However, there are a small number of occasions where millionaires “feel” poor or at least are relatively poor.

Being a millionaire means having $1m, pounds or Euros in assets.

So it is possible to be worth $1m or Pounds, and have a low income.

So if you are an old age pensioner, living in New York, London or another expensive city, you might be living hand to mouth if you are living in a million dollar or Pound house on a modest pension.

Some young professionals do the same thing. It is now called “house poor”.

People who live in big fancy homes, sometimes on mortgage and sometimes paid off, who can’t live well due to their lavish house:

Some widows who are millionaires on paper, have even needed to sell (downsize) their home in retirement, because their pensions couldn’t support the maintenance and tax associated with such a house.

If somebody is earning 1million + and they are broke, they are a fool.

If somebody is worth 1million + and are broke, they might not be a fool.

It depends on the circumstances.

What is a middle-class millionaire?

Typically, somebody that has never been a high earner, who has gotten wealthy slowly.

For example, a manager, accountant, teacher, some doctors and dentists etc.

These are known as “everyday millionaires”. Two of the best books on this subject are:

This book is older but also a classic:

What a lot of people don’t realise is this is the norm. By the norm, I don’t mean that most middle-class people become millionaires.

By the norm I mean that most millionaires aren’t high income. Some examples include:

Of course, one of the reason for these statistics is that there are more managers and teachers than celebrities or executives.

They can be, but it depends on the choices and decisions people make.

Things like divorce, over-spending and substance abuse can destroy even a high earners chance of building wealth!

Is it ever too early to start planning for retirement?

Not in this day and age. Previously, people would just invest in structures where you couldn’t get the money until you are 60 or 65.

Examples include government and private pensions linked to your company.

So, in that system, you could build up wealth, but not live off it until older age.

In the world we live in today, you can invest in much more flexible structures.

There are also more trends happening now including

So the answer is, planning now is always better, even if these five trends don’t apply to you.

It has always been the case that starting small, at a younger age, is better than starting big at an older age, due to compounding.

The difference now is the flexibility that is on offer in terms of where to retire, how to retire and those retirement solutions themselves.

Retiring at 65 in your home country on a final salary pension might still be an option for some.

Increasingly though, people are looking for less conventional ways to retire.

If the US stock market had no history to relate to, would you still invest today?

Many people might have heard the news that Hong Kong has a new tech index:

Some people rushed to get a piece of the action. They were convinced that the trade dispute between the US and China would lead to more Mainland Chinese firms delisting from US indexes and going onto this new “tech index”.

Others have been cautious, realising that new markets don’t always succeed.

Nobody knows which camp will be proved right. What I do know is a new index has more risks.

To answer your question directly then, of course it wouldn’t be useful to invest a lot in US Stock Markets if there was no history!

The reason is simple. History isn’t an absolute guide to the future.

However, if a market has been up consistently over 100 + years (the Dow) and over 200 years (the predecessor to the Dow), there are reasons why those markets have been up.

And the reasons aren’t because the US is the biggest economy in the world.

The fact is, US Market have several things going for them, including:

2. Strong rule of law, one of the longest democracies in the world.

4. The ability to come back from setbacks. The US Markets have done well throughout wars (internal and external), recessions, depressions and various setbacks. In comparison, some countries have been “hot” for a time, but then they have let that setback affect them forever.

5. The US Markets have typically not been down over a 20 year period, especially if held with bonds:

So one of the biggest reasons people invest in US, and some other developed markets, is they know two things:

That is why the UK Markets are also still interesting for some people as well. People know that they will be around in 30 years.

Whereas with some emerging markets, and new indexes in developed makers, the risks are always higher.

You also don’t always get a dividend for that risk. Developed country equities have beaten emerging markets, on average, in the last 30 years.

So you often take on more risk, for no extra gain! 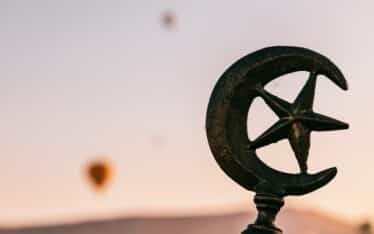 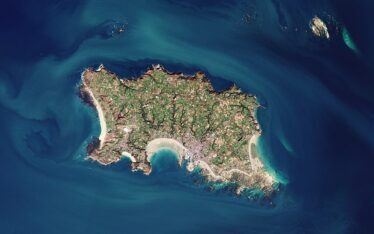