What is it that humans are doing wrong these days that is making them poor? 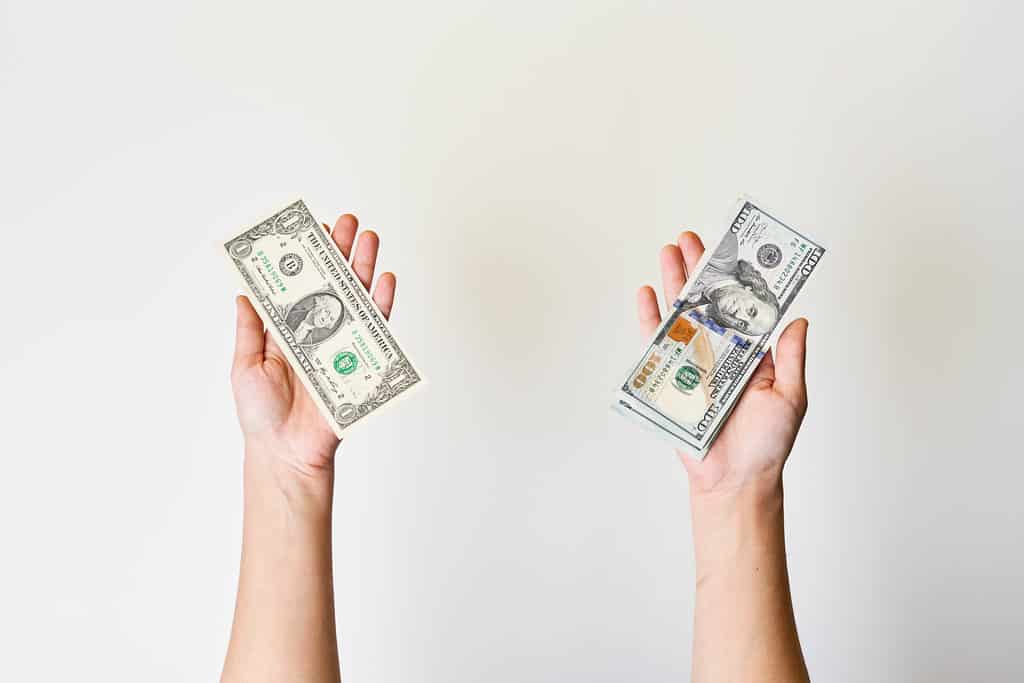 What is it that humans are doing wrong these days that is making them poor?

I was watching a BBC program a few days ago called Dubai Hustle.

It follows some young real estate brokers in Dubai. They are paid on performance, so those who succeed can make big money.

Yes it is TV, and therefore exaggerated, but there was something about the show which was all too familiar.

Almost all the participants wanted to make more money to buy more things. One man boasted that “he got his teeth done” – not fixing an essential problem but getting Hollywood-like veneers that were painful.

Another wants loads of money to buy a luxury car. Only one or two mentioned that they wanted to use the money, to make more money, via investing, even though they are helping people invest in (and rent) property.

It is very normal even for people much older than them to make loads of money, but spend it all, and then panic in their 50s and 60s about retirement.

Money comes in, and comes out, like a juicer. The most ironic thing is that they are often behaving like this to impress random people.

This quote could never be so appropriate:

After having lived all around the world, and having friends, associates, and clients on every continent, I can observe a huge commonality.

That is, in the more “showy” and materialistic cities like Dubai, Singapore, and some parts of London as well perhaps, people tend to save and invest less money than in average places.

Therefore, they don’t increase their wealth that much, unless they have a strong character or are earning incredible amounts of money.

In comparison, in an average city in the US, UK, or Germany, many people on middle or upper-middle incomes build up wealth over time.

We see the same issues in newly mid-income countries like China. 15–20 years ago, when China was still poor by international standards, people saved a lot.

Now it is mid-income and………personal debt has skyrocketed and savings have decreased for many.

Beyond that, I would mention these issues:

I could mention more issues as well.

Sensible wealthy people are frugal. That doesn’t mean being cheap, but having a balance.

Many studies have shown that the average decamillioanire ($10m wealth or above) doesn’t spend that much money on luxury cars, bags, and other “toys” – assuming they are the first generation rich.

These answers also appeared on the adamfayed.com Quora space

Why do hedge funds make more money in private markets than public markets?

However, what is true is that public markets are competitive. This is especially the case in developed markets like the US, and for large cap stocks.

Imagine Amazon looks undervalued, or Google. Why would you spot such an opportunity when there are millions of hedge funds, banking analysts, DIY investors and others looking at the same information?

In comparison, in some frontier markets, micro caps and private markets, there is less competition in real time.

So, you can “out research” the competition in some cases.

Simple example, and we don’t even need to focus on hedge funds. Let’s look at a doctors clinic.

In the same town, this doctor looks for other private clinics to buy. He/she also gets approached by some friends who want to sell out.

It is highly unlikely that they will face loads of competition from millions of people for this kind of thing.

In comparison, no amount of knowledge will allow a doctor to out-research the market when it comes to large-cap US healthcare stocks.

Hundreds of millions of people, or more, can see the financial statements of Pfizer and others in real time.

If somebody has special “hidden” information that is often insider trading, which is illegal.

In private markets and investing, being an insider can help you.

However, private markets can be riskier, and it is harder to scale.

Making double your money in a year is possible in private markets with a small amount of money, but the bigger your business gets, the harder that becomes.

So, the larger the fund, the harder it can be to beat public markets.

Why are mortgages a big ripoff?

I am not sure they are in most countries…..at least with these low interest rates which might not last forever.

It is true that some mortgages are a rip off and sometimes renting is cheaper than buying, but in some countries, the opposite is true – getting a house on a mortgage can be cheaper.

The key thing is whether you plan to stay in the same city/town for a long time. If you don’t, renting can be cheaper.

How can a worldwide stock market crash be avoided?

It can’t, just as big increases can’t be avoided either.

The history of the last few hundred years has been that stocks have risen a lot, but with loads of crashes in the middle.

The Dow was at around 60 in 1900, and hit over 36,000 a few months ago before the falls. Even adjusted for inflation that is a huge rise, and doesn’t include dividend reinvesting. But there has been loads of falls in the middle.

If investors are worried, which they shouldn’t be, they can just have a diversified portfolio which isn’t 100% in stocks, and be long-term orientated.

A decline isn’t a loss, so long-term investors have never lost from a crash unless they panic sell.

How do I find the earning per share of a company?

For a listed stock on the stock market, you can just Google it. For example, Amazon earning per share: Amazon EPS – Earnings per Share 2010-2022 | AMZN Years ago you needed to go through balance sheets.