Where do the biggest increases in wealth come from? 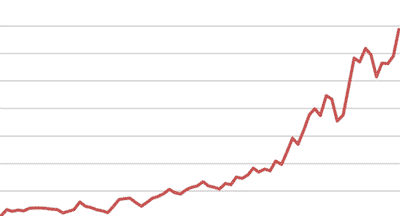 During the last few days I have covered the following topics:

Where do the biggest increases in wealth come from?

It depends, but if you look at the statistics, most increases in wealth comes from:

4. Marrying into wealth. Again though, like number three, there are now less marriages like this. Before it was more common for people to marry across social divides. More recently in most developed countries there has been the growth of people marrying people just like them. For example, doctors marrying doctors and the kids of wealthy people marrying other people like them. This has always existed to a certain extent but it has increased a lot.

Your question is about wealth more than income though. Long-term, you can only build wealth by investing in assets (your own company or assets which go up long-term like the stock market) and living below your means.

Things like inheritance, bonuses and redundancy pay can only make you briefly wealthy, unless it is managed properly.

There is also a huge difference between sustainable wealth creation and short-term movements.

Some people make a lot of money speculating but these increases in wealth don’t tend to last in such cases.

Longer-term the biggest increases in wealth come from consistency through compounded returns.

Why has Pfizer’s stock not sky rocketed after the vaccine announcement?

There are a few comments to make here:

Why do people prefer Canada over Dubai in spite of Dubai being tax-free and having a better climate?

Firstly, you say “people” prefer Canada to Dubai. I would dispute that. Some people, at certain periods in their lives, prefer Canada, whilst other people prefer Dubai.

It is like comparing chalk and cheese. Dubai is a rich city, which is 80%+ expat dominated.

It charges 0% tax on income, so you can legally pay no income tax unless you are American or from another country which charges income based on citizenship (Eritrea, North Korea and 1–2 others who have done it by the back door).

Therefore, if you are earning a lot of money, your ability to save and invest more will be much greater in Dubai. It might be expensive but so is Canada and many other places.

Likewise, if you are in your 20s and seeking adventure and night-life, Dubai would win a contest against 95%+ of global cities.

It has some of the world’s best nightclubs, restaurants, bars, cafés and malls:

Canada, in comparison, is one of the best places in the world (according to many surveys) for families.

Just like Australia, New Zealand and some parts of Europe, you get more space, cleaner air, free or close to free healthcare and education in return for higher taxes.

In addition to that, even expats that live in Dubai for 20–30 years seldom settle down in retirement in the country.

The majority of expats don’t even stay for that long – often leaving after a few years onto the next expat assignment.

You often can’t become a citizen of the UAE, and the system is great for short and medium-term expats, but less good for settling down.

It is often a case of lifestyle vs purely financial rewards for higher earners. For that reason, I have met countless expats who move to places like Canada, New Zealand and Australia after making their money in places like Dubai.

Why are rich people stingy, but a homeless or low income person are willing to give money?

Firstly, not all rich people are stingy or even frugal. There is a huge distinction between two groups of people:

When in reality, wealthy people can just as easily look like this:

We also can’t generalise and say all poorer people are generous.

What is true, however, is that some people make silly financial decisions.

Some of the most generous people I know have very little themselves.

If you think about it logically, it makes rational sense to be very frugal when you have little.

Giving 20GBP, Euros or USD to a homeless person when you are struggling to feed your own kids isn’t a sensible move, even if it is a nice thing to do. Giving a smaller amount would make sense.

Personally, I think it is very hard to change people’s nature above a certain age.

Somebody who gets wealthy by being frugal, smart, investing well and living a balanced life where treats are sometimes allowed, is unlikely to suddenly do a 360 once they become richer or wealthier.

What really moves the stock market?

It depends on if you mean short or long-term. I would read this book:

It was the Vanguard Founder John Bogle’s final book. In the book, he makes a distinction between the following things:

You see it all the time. People read articles written online about how the market is about to break records or “this time is different”.

They then share that with other people, and they then speculate about the same things.

This occurs with institutional investors as well. They go to conventions, seminars and webinars and speculate on these things.

That is just one reason why markets aren’t predictable or rational in the short-term.

They can go up, down or sideways on the same pieces of news. This year is a great example of that.

Markets soared in early November, during a second European lockdown and an uncertain US Election which went on for days, despite markets panicking about the first lockdown.

Just a month before the first lockdown markets hit record highs when the virus was getting worse in Asia.

This means that short-term markets can go up far more quickly than earnings. This can even last a decade or more.

In the 1990s, US Markets did about 16%-17%, but earnings growth and dividends suggested the “real return” should have been about half of that value.

Likewise, some markets are stagnant or falling even during periods when companies are becoming more profitable and/or expanding their dividends.

For the “real return” Bogle’s formula is:

It sounds complicated but it isn’t. Based on Bogle’s formula, markets like the FTSE100 in the UK look much more undervalued compared to US Markets.

That doesn’t mean the formula is perfect, nor did he claim it was, and he always insisted that nobody can know the future.

The point is, however, if you go back over long periods of time, you can see that when there are significant changes in p/e ratios and dividends, eventually the two get pulled together.

I would use the analogy of walking your dog. Your dog can walk in front of you for a long time, or behind you.

Eventually though, the dog gets pulled back in line. The same exists for stocks and stock indexes.

When stocks rise faster than company earnings growth, and therefore the p/e ratios get out of synch, or vice versa, things eventually change.

What will be interesting in the future, however, is if low bond rates and negative interest rates disrupt this.

In 2000, after 18 years of strong stock market performance, government bonds paid up to 6% and even cash paid above inflation.

Since 2008, and especially due to coronavirus in 2020, people can make inflation at best with most types of government bonds and less than inflation in the bank.

Nobody knows, but this could result in a change, with stocks outperforming bonds over a longer period, and by a wider margin, than historically has been the case.

All the rational long-term investor can do is be long-term, well diversified and sensible.

Most of the other strategies, like keeping money in the bank or speculating, just leads to losses.

That could mean losses to inflation (cash in the bank) or losing relative to what the market is giving.

Is it true to suggest that the Japanese Nikkei has been a terrible long-term investment?

The answer below might surprise you, and it challenges many narratives held in the media. 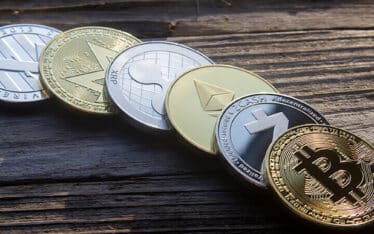