Why is the stock market up on election day? 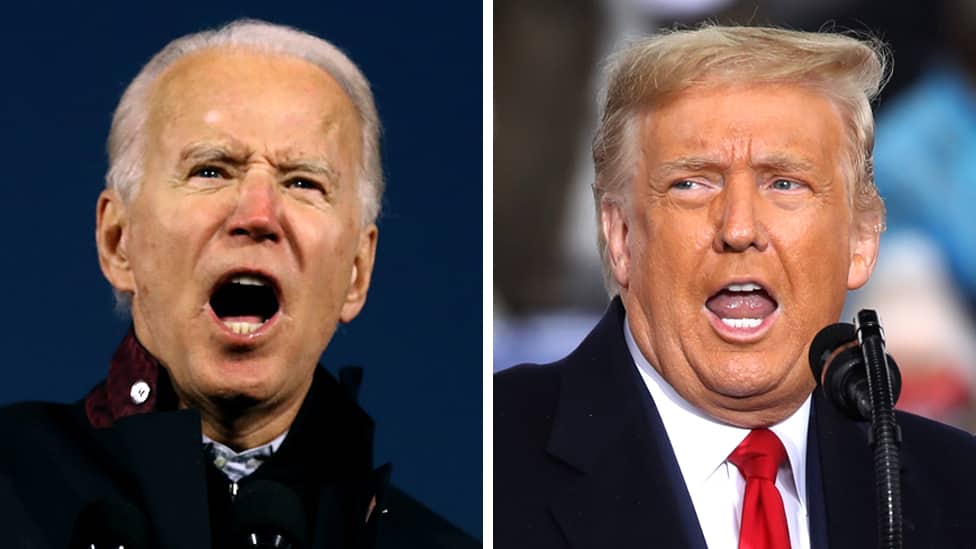 These questions included readers asking me about global poverty, the best investing books and why (some) poor people blame “the rich” for their problems.

Why is the stock market up on election day?

What has the media class, and indeed many people, been saying for months now?

Lockdown is bad for stock markets. The stock market only crashed in February and March due to the lockdown.

What else is bad for markets? Uncertainty. So, the worst possible outcome is uncertainty.

What has happened this week? France, German and the UK have gone into a second lockdown:

The US election is uncertain

What happened? US Stock Markets were up 2%-3% yesterday, alongside European ones.

If markets would have been down, the headline would read “Dow down 500 points on election uncertainty”.

The same thing happened in 2000, when stocks were up slightly during the 2–3 weeks of uncertainty after the Bush-Gore result in Florida, and in 2016 when they rose after Trump’s victory.

Before both events the media, and many people, were worried about a crash.

I won’t predict what will happen tomorrow or next week. Stocks could rise, fall or stay the same.

What I am willing to predict is nobody will beat the market, or even match the market, by trying to time it based on news events.

Yet every time markets are unconcerned, or even move higher, during events like government shutdowns, coronavirus or elections, people are shocked.

So, a second prediction. In 2024, there will be many questions online about “do you think I shouldn’t invest because of the election….”.

In reality, we will also get many headlines in the next four years about the lack of a vaccine and 1001 other events that “could shake markets”

Even in the coming days, if markets fall, the media will probably have a grand explanation for it such as the “uncertainty”.

It is best to just switch off the media when it comes to investing.

Better for our wallet (long-term) and mental health! Less worry and more profit.

Why are so many big businesses and corporations not profitable?

There are many reasons for this. Some of the reasons are sensible and logical, whilst others are not.

So, there are rational reasons why a business might want to reduce their profits.

More often than not, though, people aren’t as laser focused on profits as they are on revenue growth and “vanity measures” like “we have offices in 100 different countries”.

How worried is the stock market if Joe Biden becomes president?

If you have been doing what I have for years, then you realise that people worry about the same things over and over again.

People worried about QE causing inflation in 2009–2010, and wondered why it didn’t happen.

They worried after March and rationalised that it was bigger this time. If you search Quora there are loads of recent questions about “why QE isn’t causing inflation”.

Predictably gold and silver become popular during moments like this, and people wonder why prices don’t (medium term) do better than markets.

People were worried about:

Sound familiar to 2020? What has happened in the last 10 years? The USD has been up against most currencies.

Silver has fallen. Gold has never hit its real terms high it hit in 2011. The Nasdaq, Dow and S&P500 have outperformed gold.

There has been small inflation, even 0% inflation or deflation in some markets like Japan.

This quote comes to mind:

How does this link to the question on Biden? Well, in 2016 people were worried about Trump.

He got elected and things went fine. In 2020 people were worried about a contested US Election with no clear winner.

The election has happened and Biden still hasn’t been declared the winner and……..stocks have been up 6%-7% despite the fact that Europe is also in lockdown.

The complete opposite to what people expected! The point is, don’t try to second guess markets.

Markets could go up, down or sideways under Biden or Trump. Just be long-term and you will be fine.

The fact that many of the major stock markets are up for the year despite coronavirus, lockdown and a contested election should tell all of us an important thing.

Yet a certain percentage of people never learn their lesson. One of my friends told me he was worried about investing more in case of a disputed US election.

That doesn’t mean that markets will never crash and have bad periods. They always have had bad periods and will crash (at some point) in the future.

That is irrelevant. Long-term gains are what is most important.

What degree can make you a millionaire?

Many people have heard the expression “What gets measured gets done”

I have noticed that what gets measured first gets done, or at least prioritised.

I will give you an example. Most private business owners are obsessed with money in – revenue, sales etc.

Few get as excited by costs. Perhaps that is because revenue – expenditure = net profits implies that revenues are more important than costs.

They aren’t. Costs are just as important for any business. If you spend more than you have coming in, you won’t have a business eventually.

I have personally seen businesses with $100,000 of monthly revenue or even much more go bust.

The same is true for personal wealth. No degree will automatically make anybody a millionaire.

That is because no income, or salary, will make anybody a millionaire in isolation.

There are plenty of examples of people that have earned millions, or even hundreds of millions, who are broke due to vices such as gambling which leads to awful spending habits.

Over 75% of former professional sports stars are estimated to be broke.

With that being said, a higher income will increase somebody’s chances of getting, especially if you are sensible with money and make good investing choices.

If we look at the statistics about degrees and income, we need to make a distinction between the early years and much later on.

In the early years, people who have studied very specific things tend to do better.

Yet that isn’t the whole story. Many of the people I know that studies things like philosophy, history or politics took the “scenic route” to well paid careers.

Another reason why statistics can be misleading is people who decide to take performance-related jobs.

It actually makes a lot of sense to take a risk when you are young, and get paid on performance and not your time.

These kinds of jobs, however, tend to have a lower basic salary for the first few years.

I am speaking about jobs and careers like being a recruiter, real estate agent, private business owner or sales person.

Realistically then, there are two good paths for many young people.

Either study something very specific if you want to have some kind of “security” even though in reality few jobs have that these days.

Focus on taking calculated risks by getting paid on performance.

Don’t give up if you fail two or three times. This way, you might earn more by your late 20s or early 30s, than those people that played it safe.

When you are 35 with a mortgage and kids, you can’t just quit a low paid job and take a risk, without thinking very carefully about it.

When you are 22, it makes a, lot of sense in many situations. Most younger people are far too cautious.

Many people in their early 20s think they have something to lose when often they don’t.

You won’t worry about “losing” 10k starting your own venture or taking a pay cut to get paid on performance when you are in your 30s or 40s.

What’s the worst that could happen? You fail after a number of years of trying.

As a final comment, in this day and age, the university you go to can be more important than what you study.

Other brief tips would be