Why you should always keep calm and stay invested – why panic selling doesn’t make sense. 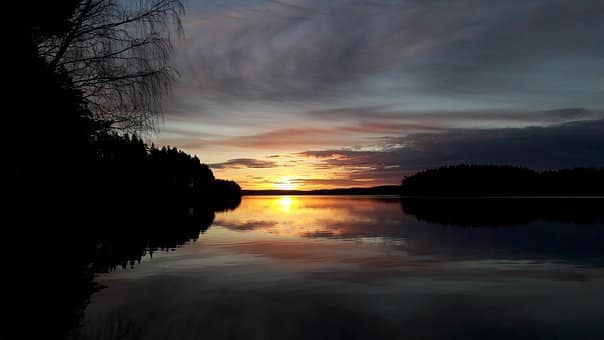 We are coming towards the end of the year. It has been a great year for stock markets.

Yet most people haven’t gotten excellent returns, primarily because they panic sold during the worst of the crisis in late February, March and April.

Others sold before the US election in 2020, not remembering the lesson from 2016, when US and global makers unexpected soared after Trump’s election.

In this article, I will list some of my most popular Quora answers down the years, including some of those written during the worst of the crisis.

If everyone knows that the stock market will perform better in the long term, why do people sell in panic and not hold their investments?

There are a number of reasons. Firstly, it just isn’t true, unfortunately, that “most people” know that the markets will eventually perform better.

Apart from that you have the following facts

3. The media. Whatever bleeds, leads. The media always leads with fear-mongering headlines. This of course exists beyond money. The media are more likely to report on negative news, than positive news. So whenever markets crash, it is usually the number 1 news headline. When markets hit record highs, it is barely mentioned.

4. People don’t understand that falling, or stagnating markets, bring about an opportunity. I mentioned in this answer how somebody could have made a great profit investing during the Great Depression – even if they had invested a big lump sum at the peak in 1929! Adam Fayed’s answer to How should I invest my money during the coronavirus crisis?. Rationally speaking, people should want markets to go down in their 20s, 30s and 40s, and spike higher before retirement. One of the best podcasts I watched was with a guy who became a multi-millionaire by tracking the markets from age 18 until 45. He mentioned how he would, quote,. “be dancing in the streets if markets crashed tomorrow”. That is logical, but emotions often act differently. This is especially the case when you consider that the media always say “this time is different”. They say that in every single market crash, and will do during every single one in the future I am sure!

5. There isn’t a sound understanding about how bonds and stocks, asset allocation, can reduce your risks. So if stocks fall, and short-term bonds rise, this is a great rebalancing opportunity.

In March-May, some of the major DIY firms reported that up to 35% of people over 65 panic sold.

There can be no rational reason for that. Most of the people who sold were retired, or close to retirement, at that age. So it was just blind fear.

Vanguard reported the same thing. Net inflows into Vanguard funds were highest during 1999, at the end of 18 years of strong stock market performance.

They were at their lowest in 2008–2009. I am sure a percentage of those people lost their jobs and needed to sell, but many of the orders came in days after Lehman Brothers went bust.

If a recession is coming in 2021, what should I do with my investments?

The following expressions will save you a fortune and reduce your anxiety long-term.

This quote sums it up:

Just look at Trump and Brexit. “Everybody” was so worried in 2016.

Look at China and the trade war in 2018–2019. All the while markets quietly hit new record highs, as they always do long-term.

Fear is profitable for the media but not the average investor.

Did you invest in the stock market during quarantine?

Yes because I invest every month through rain and shine. I invested in January, February, March, April, May, June and will do in July too.

There is no safer strategy than to buy in every month, into both bond and stock funds, “forever”. By forever, I literally mean forever.

There is no need to panic when markets are down, or get too excited when they are up.

It is just the natural course of things and unless you panic sell, it doesn’t mean you are losing when markets are down.

In fact I am disappointed by the improvements in market fortunes.

I was hoping for the markets to stay low for years to buy at cheaper prices but I can’t control that.

The mistake people make is panicking as fear is a bigger emotion than greed.

Just look at the scenes we saw in life:

And in the stock markets.

The ability to regulate your emotions is more important than technical knowledge in investing.

Even if the markets hadn’t recovered so quickly in regards to the S&P500, Dow and Nasdaq, it wouldn’t be an issue.

In fact it would have been a great opportunity if markets had stayed low for years.

I have met even countless “professionals” that panic.

Do people really benefit when they panic and sell their stocks for gold, or real estate, etc.? A presentation I saw once showed how useless it is to try and time the market. Do these folks generally do worse?

Of course people like that always do worse. The key is in the word…panic.

Panic by definition is about emotions and not rationality. So panic selling isn’t about looking at the facts.

It is about running for the exist!

They are buying high (1999) and selling low (2008). Or maybe they aren’t losing money, but as per the statistics above, they aren’t doing well relative to the market.

So it is always best to:

It does make sense, however, to have some bonds and stock indexes in the same portfolio.

Is it a good time to buy stocks amidst the Coronavirus pandemic?

Below is Jeff Bezos speaking at TedTalks in 2003:

Many people were predicting that the internet was a fad, including some prominent economists:

What did Bezos say at the talk? The dot-com bust wasn’t like the gold rush it was more like the early days of the electric industry.

Why do I make this point, when your question isn’t about tech specifically?

The reasons are simple and twofold:

b). Have 0% in government bonds. You do need a mixed portfolio.

c). Are close to retirement

2. Never, ever, be taken in by somebody that says “life will never be the same again”, or “this time is different”. The dot com bust was painful for any investor that sold during the bottom, but life got back to normal.

So the key things are:

How can I invest my savings during the COVID-19 pandemic?

The reality is the fundamentals of investing don’t change as much as people think. Some things do change, but many things stay the same.

In fact, 2020 has shown, once again, that some of those fundamentals are in tact.

For years people were suggesting that government bonds are now pointless because they pay less than before.

Then March 2020 came along, and short-term government bonds outperformed all other asset classes during the worst of the crisis.

That gave people a chance to rebalance. So, whilst the S&P500 has done about 5% this year, people that rebalanced their portfolios could have gotten much more.

Therefore, keep to the fundamentals, which are

The only thing that the crisis has changed, perhaps, is interest rates for the next decade.

Now they look like they will stay low for 5 years+. Therefore, the long-term difference between saving and investing money will only grow.

Saving has never beaten investing long-term, but historically, the banks have paid above inflation.

These days, in comparison, people will need to take a direct loss to inflation if they save money.

Graphs like this used to show the difference between saving and investing long-term:

In the future graphs like these could become even more extreme, if the US, EU and UK have 20-30 years of 0% interest rates like Japan has gone through,

What causes the stock market to crash during a crisis like this?

Not the virus itself, but the way policymakers (rightly or wrongly) decided to handle it.

During the deadly 1918–1920 Spanish Flu epidemic, markets went up on average, even though 1920 was a bad year for stock markets.

There was also a world war happening during that period! But there were some key differences:

So the markets were more reacting to the uncertainty and also the speculation that the virus would indirectly lead to a recession due to the governments handling of the crisis.

It comes with the territory though, in the same way the recent huge rises have as well in the last 2 days.

Markets go up and down, but will more than recover long-term. There will be volatility in the weeks and months ahead.

Trading that volatility makes no sense. Nobody can predict if the bottom has been hit.

Just be thankful for lower valuations for a few months or years. It always you to collect units at cheaper prices.

I hope markets go down further even though I wouldn’t bet on it, and would never try to time markets.

That is for two simple reasons; I am a net buyer of units as I am not in retirement and I own stock and bond indexes.

So if markets go down, I am just buying at cheaper prices, and can rebalance from bonds to stocks.

There is no reason to fear falls or rises, if you are long-term and diversified enough.

Best to just switch off the worst sections of the media. I did that ages ago.

Far better for our wallet and mental health.

Will the Stock Market crash after the 2020 elections?

Remember before 2016. People wondered what would happen if Trump got elected?

Even most of his supporters expected falling markets, at least for a few months or years.

Not necessarily a reflection on Trump, in the same way that Bush can’t really be blamed for the weaker stock performance in the 2000s.

Markets go up long-term, under most presidents. And let’s not forget it is virtually impossible to tell when there is no correlation (or weak correlation) between:

Also, look at recent years. Stocks have performed well during:

Markets have also performed badly during periods of geopolitical calm.

There is a correlation between stock markets and P/E ratios, and various other ratios, but it is weaker than most people think.

Far easier to get rich slow.

People should have learned from last time. Who saw the above coming?

Markets were up, barely 24 hours, after Trump’s election, and subsequently went up a lot.

That doesn’t mean Trump’s policies are good or bad. Indeed, the average stock market performance under his reign is still raging Clinton’s, Obama’s and even Ford’s;

The point is, markets usually go up over time. Occasionally they go down.

They go up, and down, for 1001 reasons. Many reasons have nothing to do with politics.

So blaming, or praising, a president for stock market performance isn’t wise, nor is trying to predict the future direction of the market.

Too many DIY investors worry about these things.