Best stocks in a recession?

This article will answer a number of questions.  Namely:

2008 and 2009 were awful years for stocks. Which companies did well in the UK and US during that period, and how are they doing now?

We start off the list with the biggest riser in the FTSE 100 during 2008-2009. The energy producer British Energy’s stock price increased by 44%, after EDF bought the Government’s stake.

EDF energy didn’t seem to gain from the takeover, and has since lost about 90% of its value, trading at just 9.17 Euros at the time of writing, compared to 82 Euros at its peak.

One of the biggest healthcare firms in the world, AstraZenaca’s stock price increased by 29% during the crisis. The defensive nature of healthcare stocks and new drugs like Crestor helped increase its stock price over 10 years ago.

The stock has gone onto increase by around 300% from the height of the crisis. That is less than the performance of the US S&P500, Nasdaq and Dow Jones, but better than the FTSE 100 which Astra Zeneca is part of

Compass is a contract foodservice, with a HQ in Surrey, which thrived during the crisis. The Stock of Compass increased by 10%. Like AstraZeneca they had an awful 2007, so were recovering in many ways.

Compass have increased by about 700% since 2008-2009, becoming the largest company of its type in the process.

Experian are a credit checking agency.  They  collect and aggregate information on over one billion people and businesses. Their share price increased by 8% during 2008-2009 when banks looked for help with loan recovery and bad debts.

Like Compass, they have increased many fold since the crisis, with increased demand for online access to credit history in recent years.

Capita deal with support service, such as outsourcing and professional services. They have clients in both the public and private sectors and saw their business increase after firms looked to increase outsourcing as a result of the crisis.

Originally UK focused, they have expanded operations to the Asia-Pacific, Europe and Africa. The share price went from 700 in 2007 to 1,300 in 2015, before declining to 156 today. They are since rebranded, changed their logo and moved into new areas such as consultancy.

The price of the stock has since increased by over 700%, expanding to over 1,400 stores in the US and Canada, as consumers have embraced the $1 shop model.

Perhaps it should be no surprise that discount fast food has made the list.  McDonalds enjoyed an excellent 2008-2009. Subsequently they have enjoyed similar returns to the S&P500 – increasing by around 350% since the bottom of the crisis.

In doing so, they have beaten their rivals such as KFC, which was trading at 2,700 in 2015, and sits at just 1,900 today. McDonalds strategy for diversifying into healthy foods, has helped it beat many of its competitors.

Anheuser-Busch Inbev is a drinks company, which owns the Budweiser brand. Discount beer and alcohol brands enjoyed an excellent 2008-2009, thanks to the acquisition of Anheuser-Busch at the hands of Inbev.

The long-term performance has been questionable, however. The stock was at 60 in 2007, now it is at 71, representing a big undraperfopmance compared to the general market, despite it’s over-performance during the worst of the crisis.

Hasbro is a firm which specializes in toys and entertainment.  They are the largest toy maker in the world by market cap and they own the trademarks and products of Kenner, Milton Bradley and Karker Brothers.

The share price increased by 16% in 2008 and have since skyrocketed by more than 400%. However, just one day ago, it was announced that they had their worst month in 18 years, falling by 18% in October, falling to levels not seen since 2016.

Ross Stores, also operating under Ross Dress for Less, is another discount retailer on the list, which weathered the downturn in 2008-2009. Its stock increased by 17% during 2008. They increased their store counts and started to expand, with consumer tightening their belts.

Ross Stores has seen a huge 12x increase in their stock price since the crisis.

The discount retailer Walmart was a beneficiary of weaken consumer demand for luxuries during 2008-2009, seeing its stock price increase by over 20% in 2008.

This was also helped by the increase in their dividend, when many other players were slashing their dividend payments. Walmart has underperformed the wider S&P in the medium-term though, seeing its stock increase by around 220% since the worst of the crisis.

Representing the second healthcare stock on the list, Amgen is a biotech company, with a HQ in California.

They gained 24% in 2008. They gained by making essential cancer, anemia and other drugs.  Amgen has since increase by almost 400% since the Global Financial Crisis.

Yet another healthcare stock on the list, Bristol-Myers Squibb is a biopharmaceuticals company, after selling off its nutritional business in 2009.

They gained by 6% during 2008-2009, with increased sales driven by new drugs and a portfolio of protected drugs. The international markets have also helped this player, with most of its sales coming from outside the United States.

A surprisingly old company, Church & Dwight has been in business since 1846. They sell numerous household and personal care products, including Arm & Hammer, Trojan and Oxiclean.

How about some firms that fell less significantly than the market?

Some firms and sectors, fell, but less significantly than the general market. Firms in this category include:

Originally falling during the crisis, but by a less significant margin than the overall fall of the market, they have since seen a 8x increase in their share price.

Specializing in in pest control for both residential and commercial customers, Rollins continued to see growth, as bugs and pests didn’t stop after 2008-2009.

Their sales increase by around 5% during the crisis. The stock price did fall by -4% during 2008, which was much lower than the general market.

They have since seen their share price increase by almost 10x.

What did all of these firms have in common?

Most of these firms were in defensive industries, such as healthcare or budget areas.

Areas like alcohol, gambling and entertainment also tend to increase, as people look for some escapism during bad times.

What needs to also be remembered is that many of the firms on the list were on an upward curve, even before the crisis.

Some of the trends, such as the desire for cheap and convenient products, was happening before 2008, and happened after, so it is unclear whether these brands might have not outperformed the market regardless of the crisis.

It also has to be remembered that a few of the stocks on the list, badly outperformed the S&P500 and some other key markets. Often stock pickers lose out to the market, because 2-3 bad bets, lower the average down significantly.

Should you rebalance your portfolio before a crash?

The problem is, nobody knows when a crash will happen, and which trends will be big in the future. There are some famous expressions such as Wall Street has predicted 3 of the last 20 recessions and if you get 1,000 economists in the room they will give you 1,000 different answers.

Hardly anybody predicted 2008-2009, and from those that did, even fewer saw the huge rebound occurring. So in reality, very few people bought “defensive stocks” during the recession.

Most of the defensive people, went into cash, and subsequently regretted it. Likewise, countless conservative people went into cash before Trump’s 2016 election victory, and countless other events.

So the biggest problem with selling positions and buying again, is you often need to be right consistently, to beat the overall market. Person A that buys and holds the market for 11 years, would have beaten Person B, that bought some of these stocks listed above in 2008, before going into cash in 2016.

In my network, I don’t know anybody, who has managed to time recessions and markets consistently. Perhaps Buffett’s advice to stop trying to predict elections, the economy and the stock market, should be heeded more often.

How about technology stocks?

Most people know that Amazon, Netflix, Apple, Google and Facebook have outperformed the market in recent years, but how about during 2008-2009?

Likewise, Apple fell during the crisis, but has since recovered by increasing 20 fold. Amazon also showed a similar pattern. This shows that it is almost impossible to predict winning industries and stocks, 10 years after a recession.

How about bank stocks?

Banks stocks prove how hard it is to stock pick. During the height of the crisis, banking stocks fell considerably – more than the general market for obvious reasons.

After governments around the world made it clear that the banks would be bailed out, most saw a recover, however, we can see a huge divergence in performance here.

Bank of America, fell from 50 to 3 during the crisis, and is worth 31 a share today. So it has never fully recovered unlike the general market, but increased 10x from the lows.

So only with near perfect timing, could you make good profits from these falling giants.

Ultimately, the general market has always moved higher in any long-term horizon. Trying to pick winning sectors and worrying about recessions only increases the chances of worry and losses.

Most of the people I know that worry about recessions and elections, end up in cash and regretting it many years later. The fact that one of the sectors that fell the strongest during the 1999 and 2008 crashes (technology) has also outperformed long-term, proves this point.

The article below explores the folly of thinking you can outsmart the market and long-term planning and decision making. Often “not being interested in investing” and not having money go hand in hand. 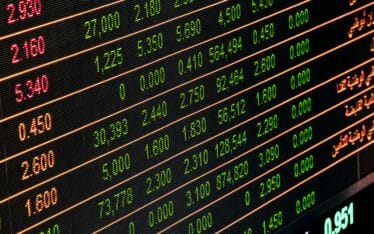