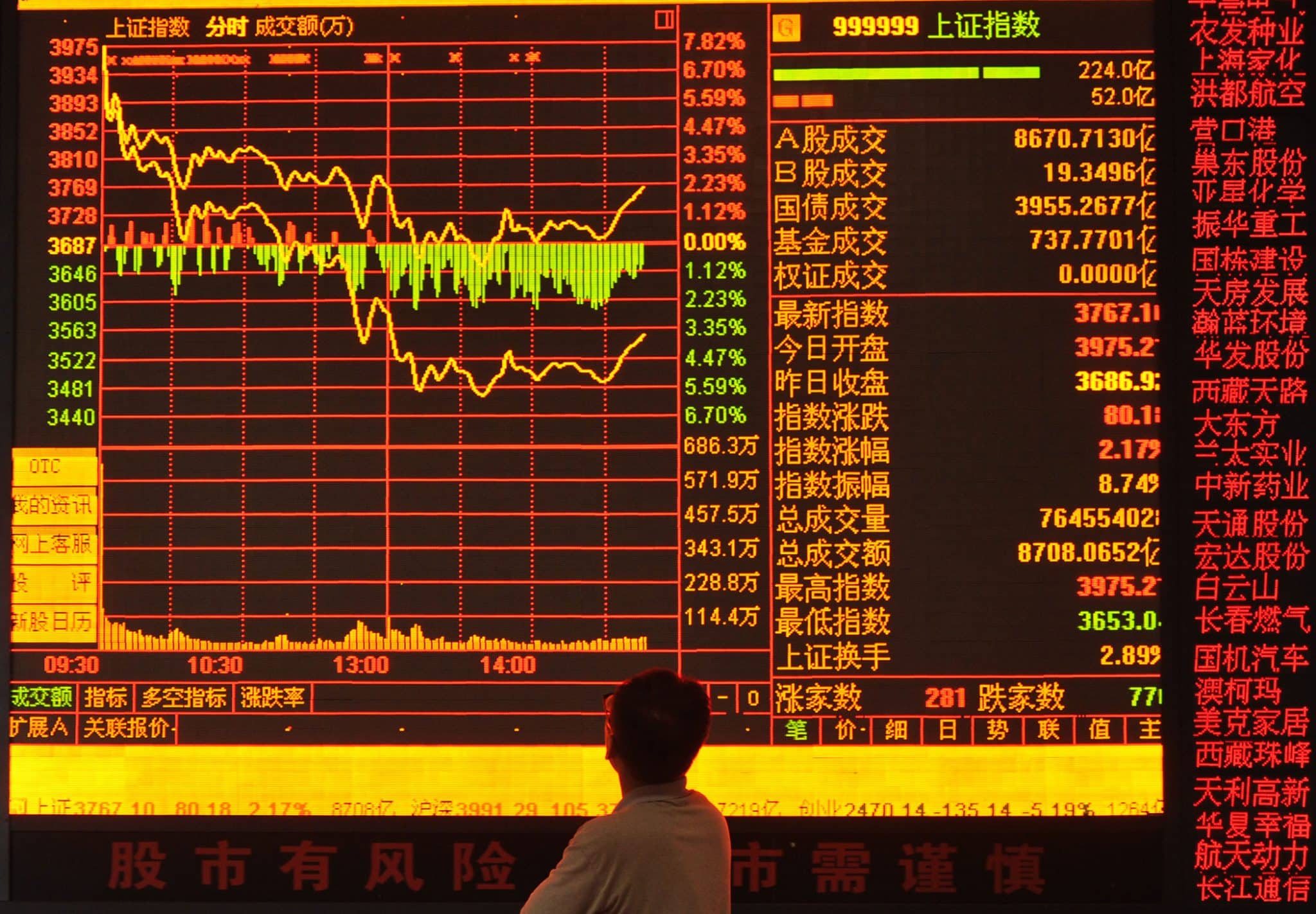 As frequently readers know, I am sceptical about the media. I have previously criticised CNBC and Bloomberg in the US.

So, in this article, I will review three articles, at least two of which are misleading.

Firstly, today I read a piece from the South China Morning Post. I will put the article below, as well as link to it above, to show the issues with politicising the stock market and the media at large.

It also shows the big problem with conflating the virus and the stock market.

“China’s world-beating stock market has exceeded US$10 trillion in total capitalisation for the first time since the infamous rout in 2015, with the benchmark gauge topping all major global equity indexes as the government brought the coronavirus pandemic under control.

The combined values of shares trading on the Shanghai and Shenzhen exchanges reached US$10.04 trillion on Monday, according to Bloomberg data.

The market value briefly touched US$10.05 trillion in June 2015, the only other time it has reached the threshold, before a catastrophic meltdown erased half that value in the subsequent three months.

The ascent follows a back-to-back rally after the market resumed trading after the “golden week” holiday, with emphatic gains over the past two trading days. The surge has some merits this time, as the world’s second-largest economy became the first to lift the virus lockdown.

It is also the first so far to rebound from a contraction, as the US and Europe struggle with a resurgence of infections.https://datawrapper.dwcdn.net/qaALr/1/This week’s trading could keep the US$10 trillion mark intact if the bulls keep up to the roaring start to the week. Much of the optimism is tied to President Xi Jinping’s planned visit to Shenzhen on Wednesday, with eyes on his policy address to mark the city’s 40th anniversary as a special economic zone.ADVERTISING

China’s market is now the world’s second-largest behind the US, which is capitalised at US$38.3 trillion. Japan and Hong Kong are ranked third and fourth, with market caps of US$6.2 trillion and US$5.9 trillion respectively.

China’s economy returned to growth in the second quarter with 3.2 per cent expansion, bouncing back from a 6.8 per cent decline in the previous three-month period. Gross domestic product likely expanded by 5.2 per cent last quarter, according to the market consensus. The GDP report is due on October 19.

While the listed companies still posted a decline in second-quarter earnings, the decrease significantly narrowed from that in the first three months and analysts estimated full-year growth would return to positive territory.

An uptick in economic and earnings growth coupled with a record amount of loans unleashed by commercial banks to spur growth has propelled stocks.

The run-up on Chinese stocks went through twists and turns. The Shanghai Composite slumped by as much as 13 per cent in March, almost dragging the gauge into bear territory as the market was ravaged by the outbreak of Covid-19, which was first reported in the central city of Wuhan.

The market recouped all the losses afterwards and tested a two-year high, as policymakers imposed strict lockdown measures and ramped up efforts to shore up growth.

The breakthrough in the market cap came after Chinese stocks were trading sideways over the past three months, with simmering tension between Beijing and Washington dampening sentiment. The momentum will strengthen if September economic data delivers evidence of continuing recovery, according to brokerages including New Times Securities.

Even after the post-holiday upsurge, the valuation is not too stretched. The Shanghai Composite is valued at 18.2 times earnings currently, compared with 25 before the market crash five years ago, Bloomberg data showed.

“The market will probably look forward to a new round of gains, should the coming data confirm the start of a new inventory cycle,” said Fan Jituo, an analyst at New Times Securities”

Analysis and problems with the article

Firstly, the South China Morning Post isn’t the only publication to mix up economic growth, virus’ and the stock market.

However, as I have mentioned on countless occasions, there is no connection between the two.

China’s Stock Market has fallen since 2006 (more on that later), yet the stock market has performed very badly.

That leads me onto the issue with this article. It claims that the Shanghai Stock Market has been “world beating”.

Firstly, that isn’t true. The Nasdaq has outperformed the Shanghai Stock Market.

Second, China’s Stock Market’s have been beaten down for so long, that they were due a rebound.

With that being said, every dog has its day in investing. Emerging markets had a great run from 2000 until 2006.

They are due another great run. Chinese stocks do also look undervalued compared to US, and maybe even European, stocks.

With the markets 50% below its 2006 peak (and that isn’t even adjusted for inflation), having a 10% allocation to China is fine despite the risks compared to most developed markets.

It is just a huge mistake to conflate GDP, the response to the virus and stock market performance.

If that was the case, New Zealand, Australia, China and other countries with low rates of death would have beaten the US Stock Market this year.

That hasn’t happened as the Nasdaq in particular has shown. The graphs below show the long-term trend in the last 15 years:

So perhaps the question should be different. Is the Chinese Stock Market the world’s worst long-term investment in the last 15 years?

Don’t fear the next stock market crash! It could be your chance to retire rich – The Motley Fool

A lot of investors have been worrying about the next stock market crash, ever since the last one. Many will have been deterred from buying UK shares as a result, fearing their value will plunge shortly afterwards.

By holding back, they missed the dramatic 1,000-point resurgence in the FTSE 100, a rise of 20% that leaves it trading at around 6,000 today. That’s the danger of waiting for the perfect time to invest in UK shares.

You simply don’t know what’s going to happen next. Nobody predicted the last market crash, and they won’t call the next one correctly too.

That’s right, there’ll be a next one. There always is, because that’s what stock markets do. They crash. Regularly.

Buy UK shares when they are down

According to Wikipedia, we’ve been through 14 global stock market crashes since the turn of the millennium, although you won’t recall most of them. The ones you will remember are the dotcom bubble in 2000, the financial crisis of 2007/08 and, of course, the Covid crash in February/March this year.

What did those three stock market crashes have in common? They hurt at the time, but markets recovered after a while. Investors who bought UK shares when markets were down cashed in when they bounced back. This will have boosted their chances of building a sufficiently large pot of money to get rich and retire early, which is what investing is all about.

We now find ourselves in an in-between world. Share prices have been idling for several months. Investors are watching and waiting to see where they go next.

By rights, stock markets should be crashing. The second wave of the coronavirus is upon us. The UK isn’t the only country desperately trying to strike a balance between saving the economy and saving lives. Some major industries, such as travel and cinema, have been almost destroyed.

Share prices are now underpinned by stimulus totalling trillions of dollars. Politicians are scared to let stock markets crash, for all the wider damage that will cause. That’s something to bear in mind if you’re worried about investing at today’s prices.

I wouldn’t recommend holding back from investing today in the hope of taking advantage of a stock market crash tomorrow. The market could rise instead, making shares more expensive rather than cheaper. If that happened, you might look back on today as a missed opportunity.

So when is the very best time to buy shares? The answer is simple. Whenever you have a bit of money to spare. The stock market will make it work harder than almost any other asset class, even if it does crash from time to time. Better still, you can take your returns free of tax inside a Stocks and Shares ISA.

So don’t worry too much about the next stock market crash. If it happens, do what you should always be doing. Buy shares to boost your chances of retiring rich.

Nobody can time the stock market, and I have yet to meet a person that can forecast the future.

This article is right about that, and also that a stock market crash is a great opportunity to buy low.

I have yet to meet a person that has regretted buying during the “lost decade” from 2000 until 2010, or during the crash in March.

It is important not to take the wrong lessons from these kinds of articles though.

It would be tempting to keep money in cash, eagerly anticipating the next crash.

The reality is, March once again showed the benefits of having money in cash and bonds.

Short-term government bonds outperformed all other assets during the worst of the crisis.

That included commodities, gold and long-term government bonds. That gave the patient long-term investor the opportunity to rebalance towards cheaper stock market prices.

The bottom line is that the stock market has been the world’s greatest engine of wealth – even more so than property.

People get into problems when they try to be too clever. If you invest every month, or at least regularly, into the markets over decades, you will do fine.

Biden will win according to polls – Market Watch

With three weeks to go, President Trump’s re-election bid is in trouble. At least that’s what the polls show.

But it’s not what the stock market is signaling. Based on nearly a century’s worth of election-year data, Trump may yet win.

Here’s the research, and it is compelling: Since 1928, whenever the S&P 500 Index SPX, -0.63%  of the largest U.S. stocks has risen in the three months prior to a presidential election, the party that controlled the White House won 90% of the time.

“If you think about it intuitively, it makes sense,” says Julian Emanuel, chief equity and derivative strategist for the investment firm BTIG who compiled the data. “Because a rising stock market tends to be a ratification of the present policies being satisfying to the investing public.”

History lines up squarely behind Emanuel. In 1928, for example, President Calvin Coolidge, a Republican, chose to retire, but stocks rose between August and November. It was the last full year of the Roaring ’20s and helped lift the new GOP standard bearer, Herbert Hoover, into the White House.

Four years later, the reverse occurred. The Great Depression, which began in the fall of 1929, dragged down stocks — including between August and November 1932 — and Hoover was crushed by Democrat Franklin D. Roosevelt.

In fact, there have been six presidential years since 1928 when the S&P 500 fell in the three months before election day. All six times, the party in the White House lost.

In meting out its punishment, the markets have proven to be agnostic. In three of those six instances, Republicans lost. In the other three, Democrats did. In addition to 1932, Republicans also controlled the White House in 1960, but Vice President Richard Nixon fell short in his bid to replace President Dwight Eisenhower. In 2008, Republican George W. Bush was in the White House, but GOP nominee John McCain lost to Democrat Barack Obama.

One of my favourite Warren Buffett’s quotes is “Stop trying to predict the direction of the stock market, the economy or elections”.

The last few years should have taught us all that. In 2016, most people thought Clinton would win.

Even more people thought the stock market would crash if Trump did win.

It didn’t. Those that tried to time the market, and delayed investing in 2015-2016 due to fear, once again missed out.

Regardless of what happens in the election, or indeed the stock market, just keep to a long-term plan. 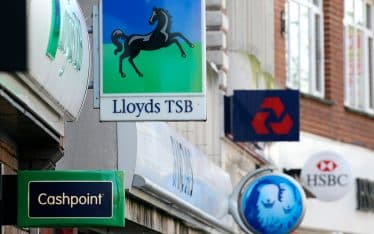 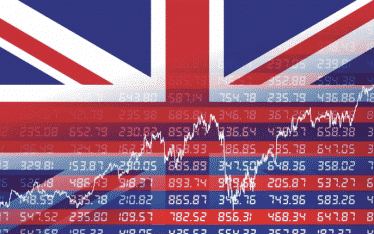 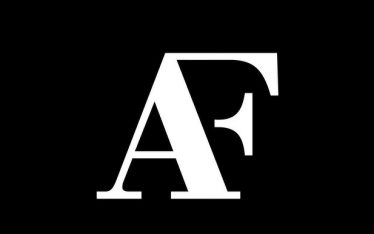