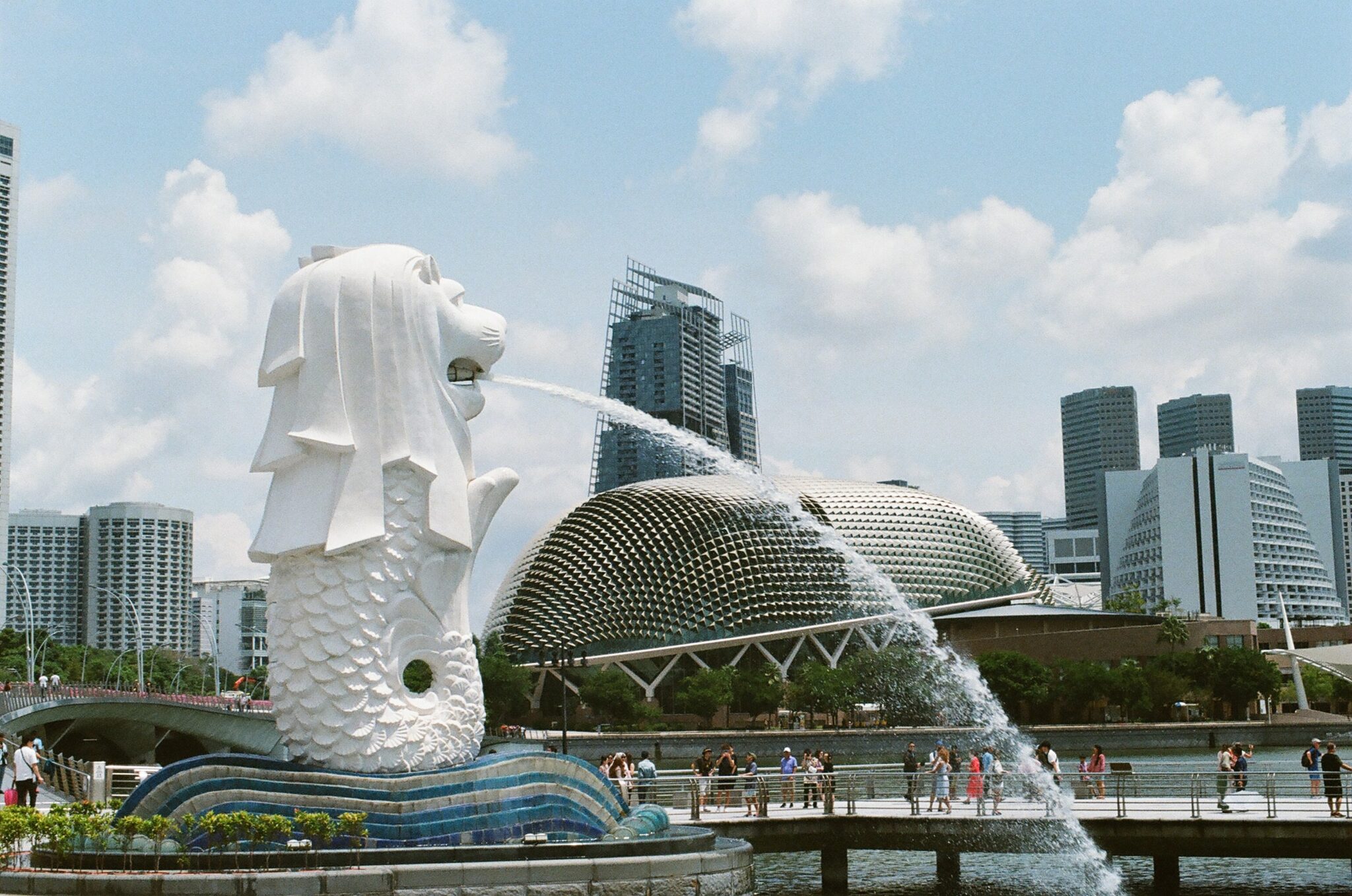 Tax System For Expats in Singapore—Singapore is regarded as one of the world’s top five financial centres. It is a Southeast Asian island republic off the Malay Peninsula, south of Thailand. The mainland is surrounded by around sixty tiny islands. Expats from the United States flock to the island. However, in recent years, currency inflation difficulties have had an impact on the cost of life in this sovereign state. Continue reading to learn vital information about US Expat Tax in Singapore.

How Does It Feel To Be A Resident Of Singapore?

Singapore is a Southeast Asian island nation off the southern tip of the Malay Peninsula, sandwiched between Malaysia and Indonesia. The Singapore dollar is the national currency, and English, Malay, Chinese, and Tamil are the official languages.

These six Singaporean areas feature a dense population that includes a mix of Malays, Indians, and Chinese, to name a few major cultures. Peranakan (or Nonya) cuisine of the island country is a unique blend of Chinese and Malay ingredients. Its people speak four different languages: English, Malay, Mandarin, and Tamil.

Singapore is also one of the world’s wealthiest countries, with significant international trade ties and GDP levels comparable to or exceeding many Western European countries.

The climate is hot and humid, like that of a tropical rainforest, with no discernible seasons. The legal system is based on English common law, and it, like Hong Kong, is known for its high judicial standards.

Because of traffic congestion and pollution, the island has an automobile limitation. If you’re lucky enough to get behind the wheel of a car, keep in mind that you must drive on the left side of the road!

Tax System For Expats in Singapore: How Do You Pay Taxes?

As a US taxpayer, you must record and pay taxes on all of your worldwide earnings. Most expats are required to file an annual tax return in the United States, which is due on April 15 each year (June 15 if you are residing overseas on the April 15 deadline). The tax treatment of several types of income varies substantially between Singapore and the United States.

In Singapore, for example, certain benefits are tax-free. However, in the United States, these benefits are likely to be subject to taxation as taxable income. As a result, there are a few things to think about when it comes to US expat tax in Singapore. A number of those considerations will be addressed in this brief article.

While in Singapore, Who Is In Charge of Paying Income Taxes?

Taxation applies to income earned in Singapore for services rendered. Profits from a trade, profession, business, or vocation earned in Singapore are subject to taxation. For a given “Year of Assessment,” or YA, a person is deemed a Singapore tax resident if they (1) permanently dwell on the island, (2) are a Singapore Permanent Resident (SPR) with a residence, or (3) are a foreign national who has spent 183 days or more on the island in the previous YA.

For tax reasons, a “director of a corporation” is excluded from this classification and is deemed a non-resident. Residents who receive money from outside the country are exempt from paying income tax. Non-residents’ foreign-source income is free from Singapore income tax. Foreign-source income, such as dividends, foreign branch profits, and service-related revenue, may be excluded from taxes.

What Is An Annual Tax Year In Singapore And The Rules For Tax Filing And Payment?

Both personal and company income, as well as property, are subject to a source-based, progressive tax system. Individuals receive tax-free income from non-Singapore sources. The tax code is straightforward. There is no capital gains tax or a single tax rate imposed by one level of government; no different local taxes exist. This tax structure is designed to encourage capital investment and encourage the submission of tax returns.

Personal income tax is not applicable to anyone who work on the island for less than 60 days. Foreign professionals who stay in the nation for less than 183 days are also considered non-residents. Individuals who work for between 61 and 183 days are taxed at the higher of 15% or the “resident” tax rate. Property ownership is encouraged by low property taxes of no more than 6%. A Stamp Duty tax is also levied by the government. This pertains to immovable property as well as intangibles such as paperwork, mortgages, and stock shares), as well as a casino tax and a range of other particular responsibilities (estates, private lotteries, etc.).

The assessment year is the tax year in Singapore, and tax is collected on a preceding-year basis. For example, in the 2021 assessment year, tax is levied on income from the 2020 calendar year. Resi-dent and nonresident individuals must file returns by 15 April of the assessment year.

Only “resident” taxpayers are eligible for several “tax reliefs,” such as personal and spousal deductions. The Goods and Services Tax (GST) is a 7% consumption or value added tax (VAT) on goods and services produced in or imported into Singapore (GST).

The Year of Assessment (YA), often known as the Singapore tax year, is a calendar year that runs from January 1 to December 31. If a person lived in Singapore in the year prior to the YA, they were assessed for income tax. Temporary absences and administrative concessions are examples of residence exceptions. These exclusions and exemptions need careful review before filing an expat tax return.

Non-resident people and companies with Singapore-source income, such as royalties, interest, management fees, and so on, are subject to withholdings of up to 15%.

Expats are not required to contribute to the Central Provident Fund and are not permitted to do so (CPF). Expat taxation is determined by the foreign national’s residency status and existing tax treaties between Singapore and their home country.

These treaties (also known as Avoidance of Double Taxation Agreements or DTAs) were created to shield expats from double taxation by Singapore and their home country on the same income. Despite the fact that Singapore and the United States have a restricted tax treaty that only applies to corporate taxes, most expats should have their US and Singapore-sourced income thoroughly assessed by an international tax professional such as Tax Samaritan.

What You Should Know About Income Taxes In Singapore

There are a number of preferred expat tax treatments that may assist your US expatriate tax return while dealing with US expat tax in Singapore. In reality, the Foreign Earned Income Exclusion (IRS Form 2555) and other deductions will decrease your U.S. taxes to zero for many U.S. Expats.

If you live in Singapore and are a US citizen or resident alien, your US expat tax is calculated on your worldwide income. As a result, you must file a US tax return for each year you live in Singapore. However, as a U.S. expat, you may be eligible to decrease your taxable income in the United States up to the amount of your overseas earnings that has been adjusted for inflation annually ($107,600 in 2020). You can also exclude or deduct some overseas housing costs. The Foreign Earned Income Exclusion and the Foreign Housing Exclusion are two terms for the same thing.

Make Sure You Don’t Make This Mistake

The belief that if there are no taxes when collecting these tax benefits, there are no US expat tax filing requirements is a common but hazardous misconception.

If you work in a foreign country, you almost certainly meet the filing requirements and must file a tax return. It’s crucial to remember that preferential tax treatments like the foreign earned income exclusion and foreign tax credit won’t affect your tax liability unless you file a claim on a tax return.

There are numerous tax factors to consider while dealing with US expat tax in Singapore.

However, the aforementioned are by far the most popular tax breaks.

With Tax Samaritan’s top-notch competence and professional expat tax preparation, you can be confident that you’re only paying the legal minimum amount of US taxes.

Another key tax deadline that regularly affects US expats in Singapore is the FBAR (Overseas Bank Account Report – Form 114) disclosure of foreign assets.

The deadline to file an FBAR is April 15th (or the preceding business day if April 15th falls on a weekend). The FBAR due date is not extended if you request an extension on your individual return. There is no way to postpone the FBAR deadline. After this date, any reports filed are considered delinquent FBARs. However, in recent years, an automatic extension till October 15th is applicable.

You may meet the filing requirement to disclose your foreign accounts on the FBAR.foreign account during the tax year if you have bank accounts at DBS Bank, OCBC Bank, Development Bank of Singapore, Standard Chartered Bank, United Overseas Bank Ltd, or any other bank in Singapore or any other foreign country.

Totalization Of Social Security Agreement Between The United States And Singapore

The United States has signed into Totalization Agreements with a number of countries in order to avoid double taxation of income when it comes to social security levies.

Singapore has not signed a Totalization Agreement with the United States as of yet.

As a result, there is no way to prevent double taxation of social security income in Singapore for US expat tax.

Tax Treaty Between the United States and Singapore, As Well As Tax Relief For American Expats in Singapore

Currently, the United States and Singapore do not have a separate, comprehensive tax treaty. Tax credits are available under the US Internal Revenue Code to offset any Singapore income tax. 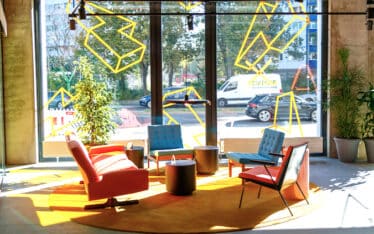