Arsene Wenger “everyone thinks they have the prettiest wife at home”. Emerging market property and confirmation bias. 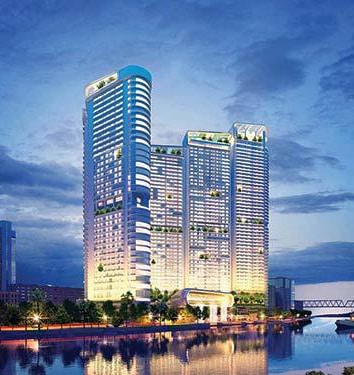 I was in Manila this week. I met a very friendly neighbor who was having WIFI issues.  He knocked on my door.  A clearly international man, who is married to an American in a same-sex relationship, he has some interesting views on a range of subjects.

After some brief small talk, he told me he is a Filipino real estate agent.  Most of his clients are overseas Filipino workers, who want to invest in the local market.

This is because, in his words, ‘Philippines property never goes down!’  He was saying the same line that I have heard in the UK, China and elsewhere.

I do not take an active interest in the Filipino property market, but I knew his comments couldn’t be true, as no real estate market has never gone down, or consistently beaten the US S&P over a 50 year period.

A few hours later, I looked at the statistics.  In the last ten years the property consultancy Colliers has come up with the following statistics:

Bare in mind also that due to the depreciation of the Peso, in USD terms, Manila property has regularly been in the red.

Moreover, I would come back to a central fact.  All of the information about Filipino property is publicly available.

If buying property in the Philippines was such an obvious buy, why isn’t Warren Buffet, George Soros and countless other institutional investors around the world all buying apartments in Manila?

To quote the former Arsenal manager Arsene Wenger, ”everybody thinks they have the prettiest wife at home”. In other words, people aren’t always very objective about things close to their heart.

Nationalism and feelings of safety and familiarity can, and do, lower returns.  It is amazing how it affects even the most open-minded of minds.