Why are Chinese stock ETFs not outpacing American ones when China’s GDP has been growing faster than the US for years? When will China’s growth be reflected in its stock market? 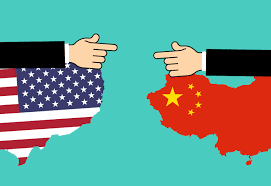 Why are Chinese stock ETFs not outpacing American ones when China’s GDP has been growing faster than the US for years? When will China’s growth be reflected in its stock market?

There are a few things to consider here. Firstly, here is a question for you.

When was the only calendar year when the S&P500 has been down since the Great Depression of 2008 – adjusted for reinvesting dividends?

The answer is 2018 when the market fell -6.24% for the year, meaning you would have been down about 4% or so if you had reinvested dividends.

There has never been a clear correlation between stock market growth and the economy, and vice versa.

Even if there was a connection, in a global world, world GDP would matter more. Apple sells more stuff outside the US than inside, and some international Chinese firms also have a huge global presence.

Now coming to China, the connection between GDP growth and stocks is even less clear.

Indeed, the stock market in Shanghai did very well between 2000 and 2006, as shown by the graph below.

These were also six of the best growth years ever for the country.

The issue with the Chinese stock market is:

Every dog has its day in investing, and the Shanghai Composite will probably have its day again.

It will be ironic if that day comes once China’s growth lags behind the US and some other economies, which could even happen this year as per this analysis:

The cheapness in some of the valuations will be one of the drivers, rather than GDP numbers.

Yes, billionaires take loans just as many other people do.

Elon Musk has just taken a loan to buy Twitter.

It is more likely to be called “leverage” by the media.

The only difference is that most billionaires earn more from asset appreciation, rather than salary.

This allows them to borrow against their stock, as Elon Musk and others have done, which has caused controversy.

It can reduce taxes, in the short term at least, and maximize gains.

This article explains it well.

Two investors both make $20m from selling their business.

They both get identical returns, but investor two borrows $5m, against their portfolio.

It is for the same reason why buying property on leverage (mortgage) works for the average investor – IF the property market is doing well.

This leads me to another thing. Debt/leverage isn’t a free lunch. It increases risk. I have met several wealthy people who got over-leveraged.

During 2007-2008, many saw their net worth go to zero, as they borrowed too much for housing and businesses.

What is more, there is a big correlation between a lack of debt and emotional well-being. Debt can be stressful for people – wealthy and non-wealthy alike.

So, sometimes it makes sense to not only focus on what is best financially but also for your well-being.