Why does Charlie Munger hate Bitcoin? 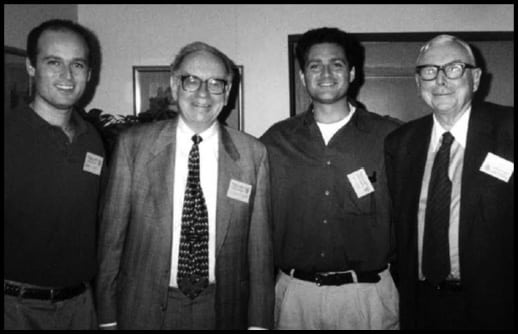 I often write on Quora.com, where I am the most viewed writer on financial matters, with over 397.7million views in recent years.

Why does Charlie Munger hate Bitcoin?

He has mentioned his reasons many times, including below, which was just a few days ago.

Only time will tell if he is proved right. The naive will think the price raises prove him wrong, but that is relevant.

The relevant thing is will Bitcoin survive and thrive in the next fifty years.

Those who doubt it point to the speculative nature of Bitcoin. It doesn’t pay a yield, dividend, or coupon.

It is only worth what the person coming after you will pay, and most don’t think it helps society at large.

In the same way that focusing on a yield in real estate isn’t the same thing as flipping houses or betting on capital values, the same applies here.

What is more, plenty of people do seem to only buy Bitcoin, and other coins, because they think they will go up in value.

Most of the people I have met who have purchased Bitcoin, don’t know much more than the general public about it.

Against that, some think it is about the software or underlying technology, and just buy it for diversification.

I am not against putting 10% of a portfolio in any asset class.

Most people have the “gamblers urge” inside them, and the only way to satisfy that urge safely is to have some “play money”, but keep the rest in lower-risk assets.

That 5%-10% can include many types of assets and not just digital currencies.

It could include NFTs, private equity, highly risky individual stocks, and many other kinds of assets.

The only thing I do find strange about Bitcoin, however, is its partisan nature of it.

As Buffett said a few days ago, it seems that it has become a partisan thing like Trump, Brexit, and many other things.

If you say bad things about it, a minority of the hardcore advocates go crazy about it. It is almost like a religion for them.

Whilst this is a good thing for Bitcoin in some ways (it puts a potential floor on the price if there is a hardcore who will keep buying regardless of the fundamentals) it doesn’t make any sense to get emotional about any one asset class.

The only three things which come close are advocates for buying gold (gold bugs as they are known), people obsessed with property, and of course, your own business.

It might make sense to be emotional about your start-up, but it is never worth getting attached to any other asset. Investment decisions shouldn’t be based on that.

When it comes to the stock market, people tend to get emotional about big rises (greed) and especially falls (fear).

Seldom do people get emotionally involved, to this extent, with one specific firm.

The best long-term investments are usually boring and unemotional.

What happens to the price of gold when inflation rises?

I am sure there are people reading this who are fed up with gold not gaining in price.

The higher than usual inflation we are experiencing resulted in plenty of gold bugs getting excited about the possibility of gold at 3k, 5k or even 10k.

So far, the results haven’t been promising, with gold trading at around 1,880. People shouldn’t be surprised, however.

There isn’t a strong correlation between gold and:

There have been an increase in conspiracy theories about “manipulation” from advocates of gold after they, themselves, have discovered the above, especially if they are long-term holders.

It simply hasn’t done what they expected it to do, unless they bought short-term and won in the speculation game, which is luck.

The only excellent thing about gold, from the point of view of some professional investors, is that it is somewhat uncorrelated to stocks.

It might sometimes go up with stocks, and fell at the same time as stocks during the last few big stock market falls, but it can perform very well when stocks are performing poorly, and vice versa.

So, even though the long-term hasn’t usually been good for gold, having a small percentage in a wider portfolio might even out some of the volatility.

It is also true that, occasionally, the price will get very cheap, as it did in 2000–2003, which wasn’t going to last forever.

It certainly doesn’t make sense to have 30% in gold, never mind 50%+, waiting for the armageddon. Anybody in that position should sell asap, and have a more diversified portfolio.