7 Best Places To Retire In Sweden 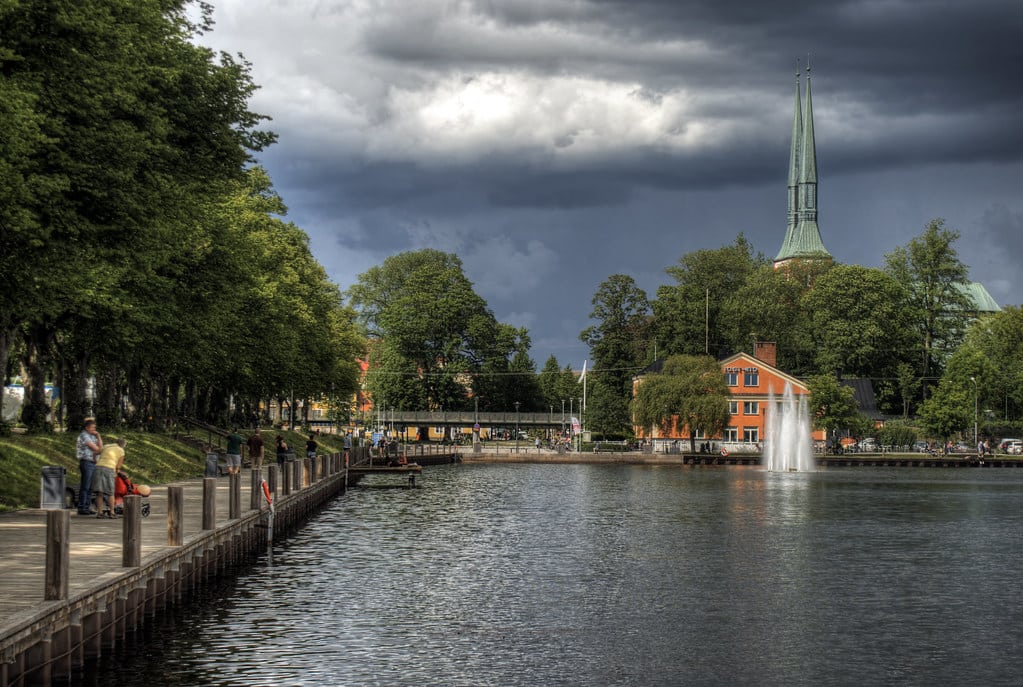 7 Best Places To Retire In Sweden

Looking for the best places to retire in Sweden? One of the most popular retirement destinations worldwide is this Scandinavian country that almost has it all.

With stunning landscapes and charming, walkable cities to enjoy, it offers an excellent quality of life for retirees.

The country’s East and West Coast archipelagoes, famous smoked herring, traditional meatballs, and vast, undeveloped forests all have something to offer retirees.

You should be aware of a number of specifics before deciding to retire in this little-known Scandinavian country with a population of just over 10 million, including what costs to expect, the standard of the healthcare system, and more

You can plan for retirement abroad with the aid of a financial advisor.

Here are the 7 best places to retire in Sweden that you can choose from.

7 Best Places to Retire in Sweden

In case you’re unsure, the 1.5 million-person capital city on the nation’s east coast is one of the best places to retire in Sweden. The vast majority of residents of the multicultural city of Stockholm are foreigners.

The city has all a big metropolis should have to offer in terms of entertainment, the arts, and culture, and it also has a first-rate public transportation system. Stockholm is one of the greenest cities in the world thanks to the abundance of parks both inside and outside the city.

Stockholm, which is home to a number of sizable IT companies, is gradually becoming known as the “Silicon Valley of Europe” due to its friendly business climate and highly educated workforce.

Stockholm’s average rent, which is $1,600 per month, is equivalent to Chicago’s rent. The average cost of food, utilities, and other essentials is comparable to Chicago’s. The average monthly after-tax income in Stockholm is $3,500, much lower than Chicago’s average of $5,200.

Gothenburg is one of the best places to retire in Sweden. It is a diverse city with 600K residents and is situated on the west coast, is home to a large immigrant population. The city acts as a vital hub for the transit of goods because it has the largest port in Scandinavia.

Blue-collar employment there has a long history, with Volvo being the largest employer, but the white-collar industries of finance and technology are also growing. Gothenburg offers leisure, culture, and artistic lives that are comparable to those in Stockholm.

Rent in Gothenburg is less expensive ($1100) than it is in Chicago ($1600). Similar to Chicago, the average cost of groceries, utilities, and other basics is low.

The average monthly after-tax income in Gothenburg is $3,300, which is significantly less than the average income in Chicago ($5,200), and only slightly more than the salary in Stockholm ($3,300).

Malmo, Sweden’s third-largest city and one of the best places to retire in Sweden. It is home to 316K people and is located on the southwest coast of the nation. The city still functions as a crucial transportation hub for the 10-mile bridge/tunnel that connects it to Copenhagen, Norway, despite the fact that its shipping industry has severely decreased over the previous 50 years.

Malmo’s population is disproportionately youthful, with most residents under the age of 35. Without a doubt, the hipster scene exists.

Although there are still many blue-collar jobs in the city’s transportation and construction industries, the tech industry is growing. An estimated 7 new enterprises are opened in the city every day.

The IKEA corporate office is another well-known landmark in Malmo. Malmo offers a lifestyle that is leisurely, cultural, and artistic, much like Stockholm and Gothenburg do.

Only 45 miles separate Stockholm and Uppsala, which has 160K residents. Uppsala University, the oldest institution in Scandinavia founded in 1477 and home to the Church of Sweden, is located in Uppsala.

On the western side of the city, in the historic district, are the church, college, and museums. The city’s more modern residential and the business area lies on the east side.

Stockholm, a city that is a biotech pioneer, is the destination of many locals’ 40-minute commutes.

The rent is less expensive in Uppsala ($900) than it is in Chicago ($1600). It makes sense that so many people from Uppsala are ready to travel into the city by rail because housing costs there are half those in Stockholm.

Similar to Chicago, the average cost of groceries, utilities, and other basics is low. The average monthly after-tax income in Uppsala is $3,000, which is significantly less than the comparable figure in Chicago ($5,200). With such rental price, Uppsala is one of the best places to retire in Sweden.

A 60-mile drive to the west of Stockholm will bring you to Vasteras, which has 128K residents. Through Lake Malaran, it is connected to the Baltic Sea and is close to Sweden’s geographic centre.

It was once a Viking settlement, making it one of Sweden’s oldest cities. The historic area of the town is home to ancient wells, Viking burial grounds, and an old church.

Manufacturing companies that produce parts for lithium-ion batteries and high-voltage power systems can be found in Vasteras, which is primarily an industrial city.

Aside from that, the city produces nuclear fuel and associated parts for nuclear power plants. The biggest combined heat and power plant in Sweden can be found in Vasteras.

Vasteras ($1100) has more affordable rent when compared to Chicago ($1600). Similar to Chicago, the average cost of groceries, utilities, and other basics is low.

Vasteras’ average monthly after-tax income is $3,500, which is on level with Stockholm’s earnings but significantly less than Chicago’s $5,200 average.

60-mile drive west of Vasteras is the city of Orebro, which has 120K residents. Hjälmaren Lake and the Spartan River connect Orebro to the Baltic Sea, which is located in the geographic centre of Sweden.

A hub for cargo, transportation, and equipment maintenance businesses have established themselves in the city as a result of its advantageous location which makes it one of the best places to retire in Sweden.

Orebro is home to leading businesses in a number of different sectors, including finance, fashion, real estate, and cattle processing. Orebro is often called “Robot Valley” because it is home to some of the best robotics businesses in the world.

Orebro has a lower rent ($675) than Chicago ($1600), which is more expensive. The average cost of food, utilities, and other essentials is comparable to Chicago’s.

The average monthly after-tax income in Orebro is $3,100, which is comparable to incomes in Uppsala but far lower than the $5,200 average in Chicago. The income-to-rent ratio in Orebro is barely 21%.

Linkoping, Sweden’s central city, has 111K residents and is located 125 miles southwest of Stockholm. In close proximity to Linkoping is the well-known Domkyrka Church of Sweden cathedral.

Some of the biggest employers in the area are Saab airplanes, software companies, medical technology companies, Motorola, Ericsson, and Toyota. The city offers a lifestyle that emphasizes arts, culture, and recreation, similar to Stockholm.

The cheapest rentals on the list are in Linkoping, where rents are $625, much less expensive than those in Chicago, where rents are $1600. The average cost of food, utilities, and other necessities is comparable to Chicago’s.

The average monthly take-home pay in Linkoping is $3,100, which is less than the $5,200 average in Chicago but equal to Uppsala and Orebro.

For those looking to retire and live in a wonderful country, Sweden is among the most sought-after locations on the planet.

For retirees, it offers a wonderful quality of life with breathtaking landscapes and charming, walkable cities to discover.

Every retiree can find something to enjoy in the nation’s East and West Coast archipelagoes, popular smoked herring and traditional meatballs, large undeveloped forests, and other attractions.

Sweden is known for its young, active seniors in addition to its beautiful landscapes and coastlines. For those on fixed incomes, it is typically very safe, has top-notch healthcare, and is affordable.