11 Best Places To Invest In Real Estate In UK 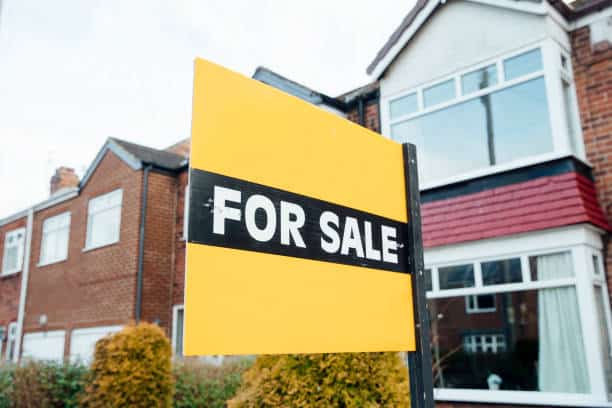 11 Best Places To Invest In Real Estate In UK

You must consider numerous crucial factors regarding the area, such as previous performance, present returns, and future potential, while looking for the best places to invest in real estate in UK in 2022.

These may be divided into a number of significant areas, including real estate costs, rental yields, tenant demand, transportation, employment, population expansion, and affordability.

The best places to invest in real estate in UK are covered in this article. As you might expect, this showcases both historically popular areas and fascinating, up-and-coming places that can still provide exceptional returns.

Here are the best places to invest in real estate in UK in 2022, without further ado.

11 Best Places to Invest in Real Estate in UK

Birmingham is still among the best places to invest in real estate in UK in 2022, maintaining a trend that began in 2016.

Demand for the second city is at an all-time high as more Big City Plan projects are completed and the Commonwealth Games 2022 are getting closer.

Birmingham is expected to have one of the strongest growth rates over the next five years, which also projects a 24% increase in prices by 2025.

Birmingham’s accessibility to a wide range of people is one of its greatest assets. Birmingham has a significantly better average income-to-average house price ratio than the rest of the UK because it is able to draw in and keep competent individuals with the means to spend in this quickly expanding city.

The demand for rental housing from young professionals fleeing London and an expanding population that is projected to reach 1.24 million by 2030 have driven up average rents by 30% over the previous ten years and are predicted to grow by 12% over the next five.

Rental yields for property investors in these asset types are averaging above 6% due to the market’s predominance of one and two-bedroom apartments, at least in the increasingly popular city center location, while a strong development pipeline is bringing new standards of quality, like St Martin’s Place.

Finally, new transportation linkages are strengthening some of the UK’s strongest connectivity underpinnings.

While construction has started on HS2, a transformational project that will transform Birmingham, the Midlands Metro extension continues to provide unmatched access to growing West Midlands destinations.

Leicester, one of the more established “developing” cities on our list, is supported by one of the nation’s strongest economies, which is fueled by an exceptional manufacturing sector.

A hub for job prospects, this East Midlands city is home to several major UK firms, such as Walkers, Dunelm, and Next.

The Leicester NHS Trust, one of the busiest trusts in the city and a place of employment for more than 15,000 individuals, contributes to this need for employment in addition. These are all crucial success indicators for investors looking for steady, long-term rental demand.

Leicester has an excellent connections with large cities like Birmingham and London because of its position inside the East Midlands. It’s perfect for commuters who desire a more inexpensive living because Birmingham is reachable in 48 minutes and London in 92 minutes.

The high amount of demand that has been generated by these transportation options (and employment prospects) has affected the local real estate market.

Despite the fact that rental yields aren’t the highest on the list, this capital growth provides a strong argument in favor of investing.

Manchester has proven to be the northern powerhouse that it was first hailed as, ranking among the most interesting places to invest.

Manchester has paved the way for price growth in the North with some of the strongest capital appreciation returns on our list over the previous five years, including a significant increase between 2017 and 2018.

Property prices are anticipated to increase by 28% in the future, continuing the trend. This is partly due to the city’s rapidly expanding population and economy, which have both achieved great gains in recent years.

Manchester continues to be a definite alternative to London in the rental market. The city is currently the #1 choice for young professionals in the North West, only bested by Midlands locations like Birmingham, thanks to a wide range of job prospects in global corporations and employment growth of 84% between 2002 and 2015.

The Great North Rail project is anticipated to be operational by 2022 and will enable 40,000 more people to travel between important northern towns, considerably boosting Manchester’s tourism.

Nottingham, a “sleeper hit” for the UK real estate market, has made significant progress in recent years and is now a significant investment location.

Nottingham offered quality yields of around 9% in several city center postcodes, including NG1 (the city center) and NG7 (the surrounding area, which also includes the University of Nottingham), making it more affordable than other major cities like Manchester. However, since lockdown, this has slowed to an average yield of 4.92%.

Nottingham’s main assets are its historical capital growth and its anticipated, among the greatest in the nation, long-term yield increases.

These returns are supported by a significant amount of tenant demand, which is fueled by the proximity of two important UK universities to the city center, as well as a thriving creative district that is catering to the rising graduate population.

Queens Medical Centre, a “super hospital” in the area and one of the biggest teaching hospitals in the nation, is also located in Nottingham. Its approximately 6,000 medical staff members contribute to the rising demand for housing.

Newcastle, the eighth-largest city in the UK by population, is one of the most reasonably priced places on this list, which contributes to some of the greatest rental returns in the country.

While the average yield in Newcastle is 5.23% and postcodes like NE1 and NE2 provide high yields (about 6–7%) in the center of the city, Newcastle has struggled with capital growth over the past five years.

Despite this, Newcastle is known as one of the places with the fastest increasing rates of new start-up enterprises and has one of the top graduate retention rates in the nation. Young professionals’ demand will probably grow as a result, which will raise rental costs and, as a result, yields.

With a wide range of corporate offices, as well as robust education and digital sectors, the area is home to a typical set of professional options that help to fuel this need while fostering the city’s entrepreneurial side.

Leeds, a significant power in the North and another city that has swiftly gained recognition as a crucial location for investors seeking long-term rental returns, has officially made its way onto our list of the top UK cities to invest in real estate in 2022.

73% of Leeds’ 800,000 households are already rented, giving it a haven for investors searching for steady renter demand.

Despite the fact that capital growth in Leeds has lagged behind other cities on this list, rental demand is rapidly increasing. Yorkshire will increase by 28% over the next five years as a result of the aforementioned demand and many Build-to-Rent projects that are being implemented.

Leeds is one of the cities in the nation with the highest economic growth, and it currently competes with numerous cities in Europe. Since 2018, this has had a significant influence on the prospects in the city, luring roughly 10% of individuals who had previously lived in London to stay.

Due to its remarkable price increase over the past ten years, Edinburgh continues to be one of the greatest areas to invest in the UK.

Edinburgh continues to be a popular rental destination, therefore there will be less turnover in an investment property even though rising prices have somewhat reduced rental yields.

The third-highest growth rate of any UK location, the Edinburgh economy will expand over the next five years, favorably affecting property values by 24.4%.

In terms of future development, despite pressure from other sectors like the student housing market, there has been an increase in new-build city center apartment options throughout the multifamily (built to rent) and private rental sector.

The town of Bracknell is one of these. It is home to several well-known companies with a global presence, including Dell, Microsoft, and 3M, and it is undergoing a massive reconstruction that is drawing a lot of attention.

This new town’s price has increased by 249% in the previous 20 years, yet it is still less expensive than the typical London home, providing greater returns (5.48% in Bracknell against 2.90% in London).

Additionally, a £770 million revitalization plan is having a beneficial effect on real estate values, helping Savills predict average increases of 19.1% over the next five years.

Bracknell gives an opportunity for investors looking to capitalize on long-term development and reliable income in the youthful, commuting professional demographic close to London.

Sheffield began its real estate cycle in 2021 and had tremendous potential. This year, Sheffield will start to live up to its promise, especially in terms of providing investors with rental yields.

The local government of Sheffield has been able to continue building the amenities needed to meet growing demand because of the approximately £480 million invested in expanding Sheffield’s retail area. The yields in key postcodes like S1 have reached over 7% as a result of this.

Sheffield, whose sales were up 20% from the beginning of the year, has also been among the top markets since the lockdown ended.

While Glasgow real estate has long been overshadowed by Edinburgh, Scotland’s secondary city is beginning to take shape.

Over the next five years, Glasgow’s economy is predicted to perform on par with Edinburgh’s, as shown by the city’s housing market.

Glasgow Council’s recent pledge to quadruple the population of the city center by 2030 is supported by a strong development pipeline of 4,000 purpose-built rental dwellings and “multifamily” projects.

Due to the potential rental returns, Liverpool continues to be a strong candidate for the title of best location to invest in real estate in 2022. Liverpool offers some of the strongest performing rental yield postcodes in the nation, despite the fact that price growth has been slower over the past five years than in some other cities.

L1, sometimes referred to as the Baltic Triangle, is one of Liverpool’s trendiest neighborhoods and has historically produced 8.1% yearly growth. The Royal Liverpool University Hospital is located in L7, which is on the other side of the city and boasts 10% yearly rental returns.

Liverpool’s real estate values will increase by 28% over the following four years, benefiting from the same boom as Manchester.

In addition, Liverpool’s good salary to home price ratio of 4.9 emphasizes how affordable it is given the size of its labor force.

The Liverpool Waters initiative, a £5 billion, 30-year plan aimed at bringing in more tourists and creating over 17,000 new employment, will be one of the most significant rehabilitation projects for the city.